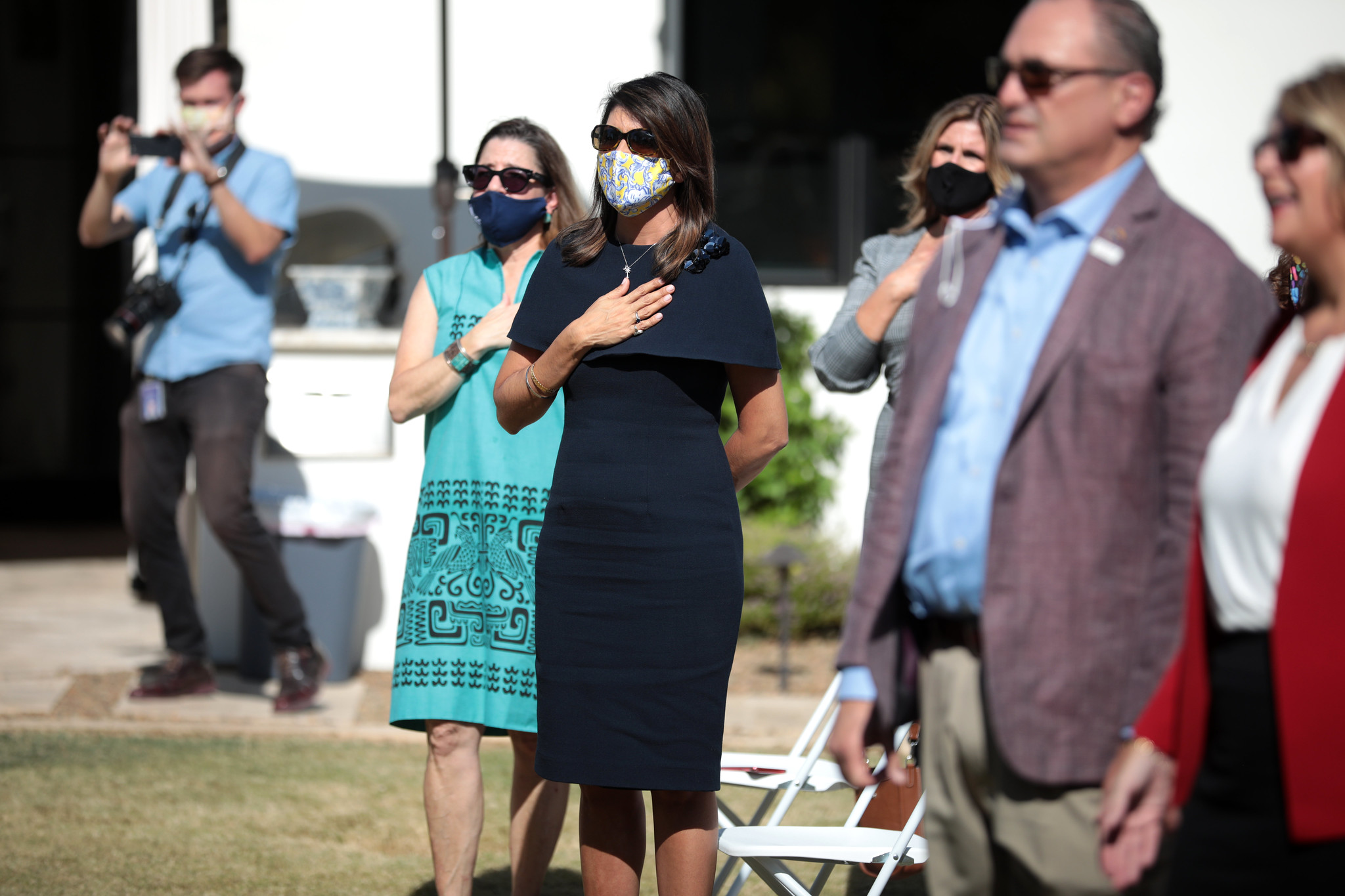 Former United Nations ambassador Nikki Haley says she is launching her new Stand for America political action committee to “stand up for our founding ideas and American values.” Which values are those? “Defending capitalism, protecting freedom, promoting religious liberty and ensuring American security,” Haley wrote in announcing the formation of her PAC.

Is that really what her PAC is for, though?

Of course not … as evidenced by the fact “centrist” Republicans like Haley have done precious little to advance freedom and free markets during their political careers.

The only “capitalism” Haley has ever stood up for? Crony capitalism …

Let’s dispense with the cookie cutter rhetoric, then, and get down to the heart of the matter. Stand for America does not exist to protect your freedom or your prosperity, it exists to raise money to promote Haley in anticipation of her upcoming 2024 presidential bid – which is suddenly back on the table following the implosion of outgoing U.S. president (and presumed 2024 GOP frontrunner) Donald Trump.


Prior to the violent rioting that rocked the U.S. capitol last week, Trump was the runaway favorite to win the GOP nomination in three-and-a-half years.

Now the race is likely to be wide open … and Haley (who was appointed to her UN post by Trump as a sop to the politician who succeeded her as South Carolina governor) finds herself very much in the game.

Readers will recall the 48-year-old Bamberg, S.C. native has a habit of getting stuck in the middle of the pervasive GOP factionalism – trying to play all sides against the center. As this factionalism intensifies (as it was doing before the riots), the tightrope walk for Haley (and other aspiring female leaders) becomes progressively harder.

Of course, Haley wasn’t walking the tightrope very well to begin with … as evidenced by the dim reviews her national machinations have received in all corners of the marketplace of ideas.

This news outlet recently chronicled yet another example of the extent to which Haley has been rebuked by the Washington insiders whose influence she covets in appealing to the GOP establishment – her natural home.

“She is reduced to hollering about socialism,” columnist Jennifer Rubin of The Washington Post wrote of Haley last month. “Perhaps with an eye on 2024, she figures nonsensical accusations are the way to gain favor in her intellectually vacant party.”

At the other end of the spectrum, earlier this week we saw another example of the disdain with which Haley is viewed by the conservative movement.

“Nikki Haley is a social-climbing political opportunist whose most deeply held political belief is Nikki Haley,” wrote Christopher Bedford for The Federalist.

Harsh … but not inaccurate.

Of course in her home state of South Carolina – which hosts a pivotal “First in the South” presidential primary (usually) – the press remains very much under Haley’s spell.

“Haley was able to walk a tightrope while in Trump’s cabinet, backing the president she criticized during his 2016 campaign while touting how she was able to disagree with him on occasion,” reporter Andy Shain of The (Charleston, S.C.) Post and Courier noted this week.

Wait … is that a line from a news report or an editorial endorsement?

Perhaps Shain missed all of the press clippings cited above … or perhaps he and the rest of the Palmetto press corps are still in the business of covering for the former governor.

Make no mistake, though: Haley’s PAC is going to raise some serious money. Funded by foreign interests and neoconservative warmongers, the resources likely to be placed at Haley’s disposal as she aspires to the highest office in the land are limitless.

Which can pay for a lot of rebranding …

Also, with Democrats enjoying total control of the levers of power in Washington, D.C., Haley has an opportunity to stand “against” something – which should be infinitely easier than standing “for” whatever cookie cutter conservative pablum her consultants have fed into her teleprompter.

After all, “Republican” have a curious way of rediscovering the courage of their convictions when they are out of power.

To that end, Haley’s initial email appeal in support of her PAC vowed it would be “laser-focused on the 2022 midterms and electing a conservative force to the House of Representatives and U.S. Senate to serve as a bulwark against the liberal agendas of Joe Biden, Kamala Harris, Chuck Schumer, and Nancy Pelosi.”

While Haley placed sixth in a recent poll of Republican presidential candidates released by Morning Consult, expect the cash register to ring for her consistently in the coming months. Which should keep her among the top tier of 2024 hopefuls despite her ongoing problems with the GOP’s right-leaning base and its old guard “centrist” establishment.

My choice for the 2024 Republican presidential nomination is ...