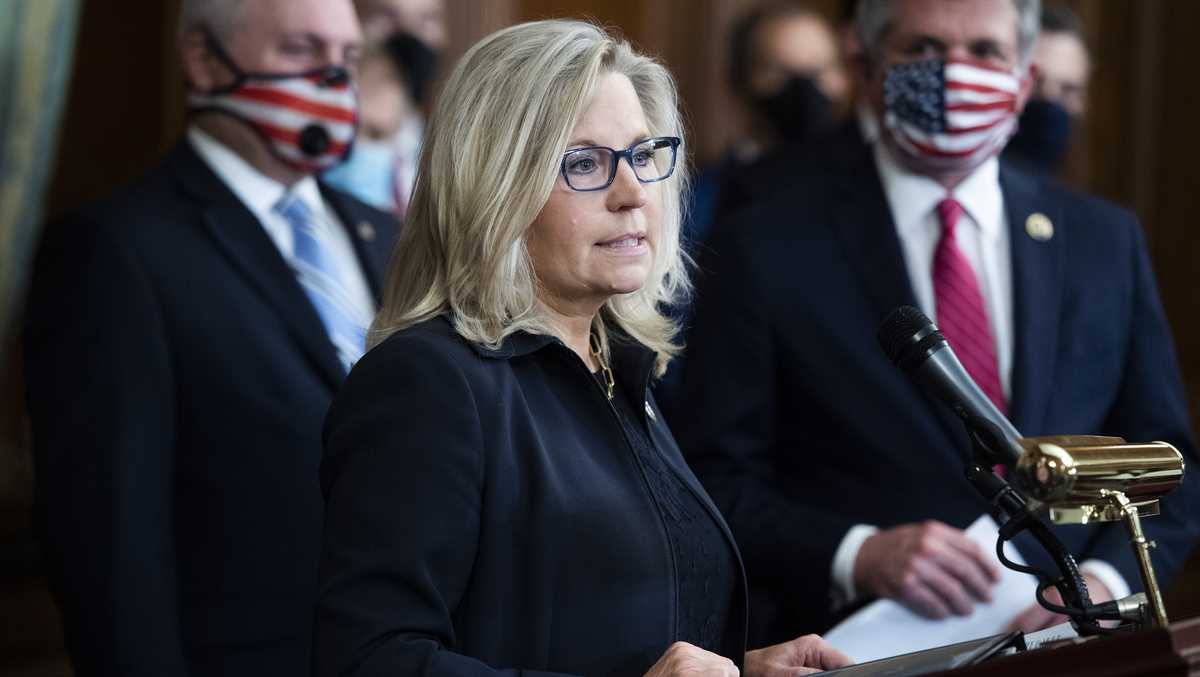 There are going to be many fronts to the GOP civil war – which was ramping up long before a violent riot rocked the U.S. capitol earlier this month. The riot just exposed these existing fissures … and vulcanized existing fault lines.

“Republicans” are hopelessly divided at the moment … and the looming specter of an impeachment trial of former U.S. president Donald Trump could prove the GOP’s final undoing.

Democrats certainly face their share of governing dilemmas, but “Republicans” are engaged in open warfare.

One front in this fight? The battle for leadership positions within the U.S. congress.

This week, calls escalated for Liz Cheney – the third-ranking GOP member of the U.S. House – to be removed from her role after she was one of ten “Republican” House members to support an article of impeachment alleging that Trump incited the capitol riot.


Trump backers were having none of it … and called on GOP members of congress to remove Cheney from her position as Republican conference chair.

“While (representative) Cheney is entitled to her opinion and that is an issue between her and the citizens of Wyoming, she has forfeited her right to lead in this critical time in our nation,” Rick Manning of the group Americans for Limited Government wrote in a letter to conservative voters.

According to Manning, Cheney’s vote to impeach Trump “made me sick to my stomach.”

Will Republicans vote to oust Cheney? We shall see …

In the meantime, the Wyoming lawmaker – who is the elder daughter of former U.S. vice president Dick Cheney – is already facing a primary challenge from state senator Anthony Bouchard.

“Wyoming was President Trump’s best state both times he ran,” Bouchard said in a statement announcing his candidacy. “That’s because Wyoming voters are strong conservatives who want our leaders to stand up for America, defend our freedoms, fight for our way of life and always put working people first as President Trump did.  Liz Cheney’s long-time opposition to President Trump and her most recent vote for impeachment shows just how out-of-touch she is with Wyoming.”

Trump carried the Cowboy State with 69.9 percent of the vote in 2020 and 68.1 percent in 2016. In other words, if supporters of the former president rally around a single challenger to Cheney they should have little trouble defeating her in the 2022 election.

Our take? Honestly, we do not have a dog in the fight when it comes to the GOP civil war – whether in Washington, D.C. or on the congressional campaign trail. We bailed on the party nearly a decade ago and have never looked back. We support candidates who advance freedom and free markets, period. Irrespective of the self-adhesive (and often interchangeable) party labels they affix to themselves.

Obviously this news outlet has rebuked Cheney in the past for her warmongering proclivities (and we would not be sad to see her demoted/ defeated) … but those objections have nothing to do with Trump or her vote on his most recent impeachment.