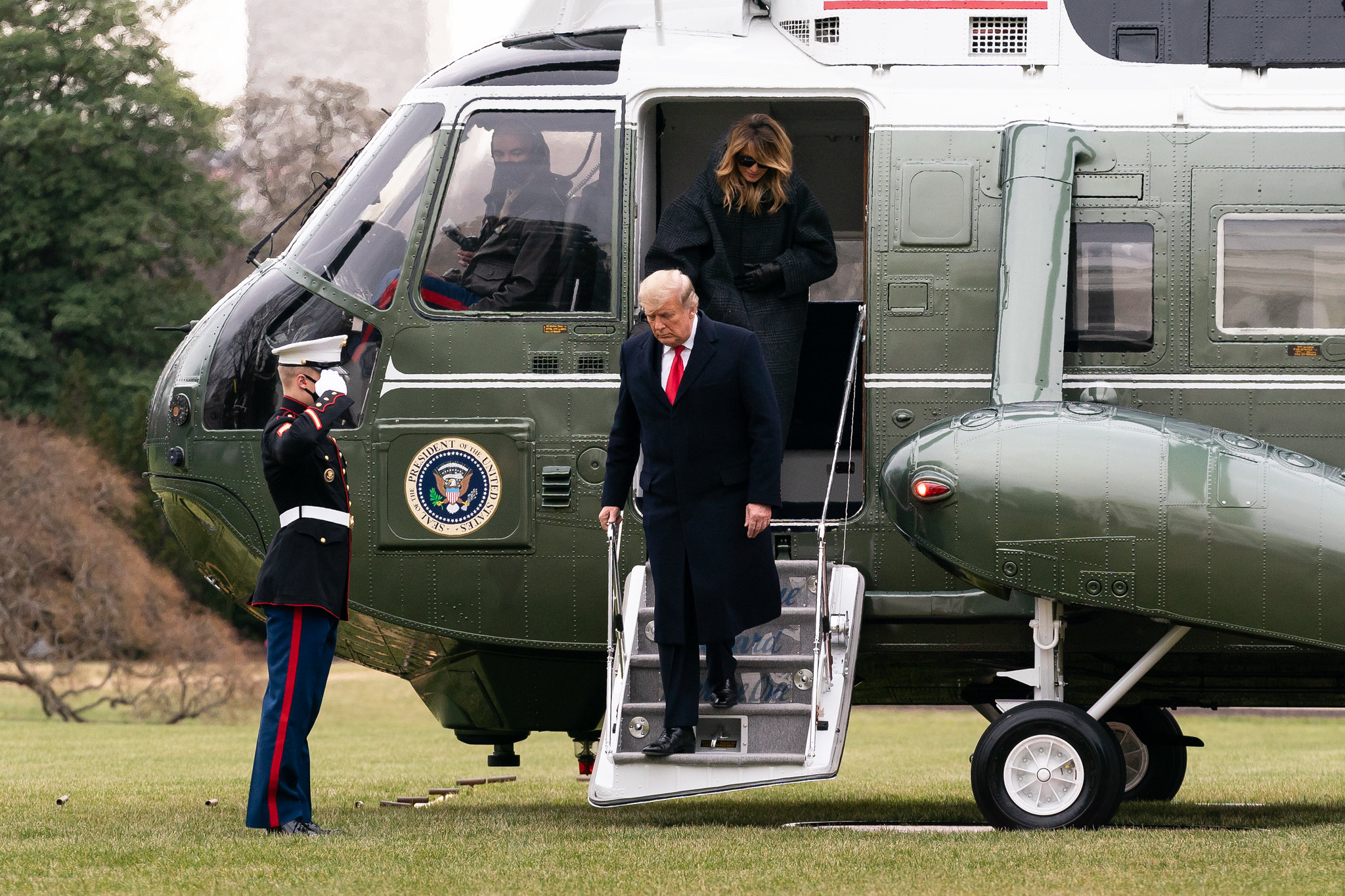 As the debate ramps up over whether U.S. president Donald Trump should be impeached for his alleged role in inciting a riot at the U.S. capitol building last week, the question people of multiple ideological orientations have found themselves asking is “why bother?”

After all, Trump has only nine days remaining on his term in office … meaning even if articles of impeachment were rammed through the U.S. House of Representatives (which appears likely) they would probably not be taken up by the U.S. Senate until after Trump was out of office.

Which makes the whole thing a moot point, right?

A much bigger issue is at stake, one with potentially game-changing implications for the 2024 Republican primary election (which is all of a sudden a wide open contest). And as that debate moves forward, Trump could find himself losing additional support from members of his own divided party who do not want to see him to seek the White House again.

Hold up … how exactly could another impeachment trial impact the upcoming GOP presidential race?


As most of our readers are aware, the U.S. Constitution (Article I, Section 2) affords the U.S. House sole authority to impeach a sitting president or other federal official for “treason, bribery or other high crimes and misdemeanors,” reasons laid out separately in Article II, Section 4.

This is done by a simple majority vote of the chamber, but impeachment alone isn’t enough to remove a president from office (as a lot of Americans discovered for the first time back in December 2019 when Trump was impeached).

It falls to the U.S. Senate (under Article I, Section 3) to hear the allegations and render judgment in the matter, determining first if the official in question ought to be convicted – which requires a two-thirds “supermajority” vote – and next what punishment ought to be imposed upon them.

This is where things could get interesting for Trump …

“Judgment in cases of impeachment shall not extend further than to removal from office, and disqualification to hold and enjoy any office of honor, trust or profit under the United States,” the relevant text of our founding document explains.

That’s right. If Trump were to be impeached a second time by the U.S. House, the U.S. Senate could decide to permanently ban him from ever seeking elected office again.

Needless to say, Democrats and many Republicans – including those harboring their own presidential aspirations in 2024 – would probably be very eager to see Trump banned from attempting another White House bid.

Only three U.S. presidents – Andrew Johnson (1868), Bill Clinton (1998) and Trump (2019) – have been impeached in the 244-year history of our American Republic. All three were acquitted by the U.S. Senate, however – and remained in office after their trials. In other words, there has never been a test of the “punishment” phase of the impeachment process.

At least not at the presidential level …

Which reminds us, impeachment proceedings against president Richard Nixon were initiated in February of 1974, but Nixon resigned from office prior to articles of impeachment being voted on by the House. So the process was stopped. And after resigning, Nixon was controversially pardoned by his successor, U.S. president Gerald Ford.

But the process has moved forward in other, non-presidential cases …

Three of these judges – Humphreys, Archbald and Porteous – were not only convicted and removed from office, they were subsequently disqualified from ever holding office again.

Hastings, incidentally, was elected as a congressman from Florida in 1993 and has served in this capacity ever since.

While the Constitution does not specify whether a two-thirds vote is required for disqualification from office, one of the three judges who was relegated to this fate – Archbald – was disqualified by a simple majority vote. Because Archbald never challenged his disqualification before the U.S. supreme court, the justices have yet to rule on this question.

Which means there is precedent for the U.S. Senate convicting someone on a two-thirds vote and then disqualifying them from holding office ever again by a simple majority.

Do we believe Trump committed an impeachable offense last week? Based on what we have seen of his public remarks preceding the assault on the U.S. capitol last week, no, we do not. There is a specific federal standard for speech which incites a riot, and in his public comments we do not believe Trump even approached – let alone crossed – this line. In fact, we believe the assault on protected political speech that has followed from this deadly riot is every bit as contemptible (and dangerous) as the violence itself.

Having said that, we do not know whether Trump may have taken other potentially more incriminating actions in connection with the violence at the capitol. So if lawmakers believe they have a case to make against him on those grounds, we are certainly open to hearing it (just as we have consistently remained open to hearing evidence of alleged election fraud from Trump and his allies).

But based on what we have seen, allegations that Trump attempted to orchestrate a coup are hyperbolic.

One thing is clear, though: Whether you support a second impeachment or not, the timing of Trump’s tenure in office is irrelevant to the larger debate – whether Trump will be banned from running for president in 2024.

That is why we believe Democrats (and many Republicans) will keep impeachment alive after Trump leaves office at 12:00 p.m. EST on January 20, 2021.