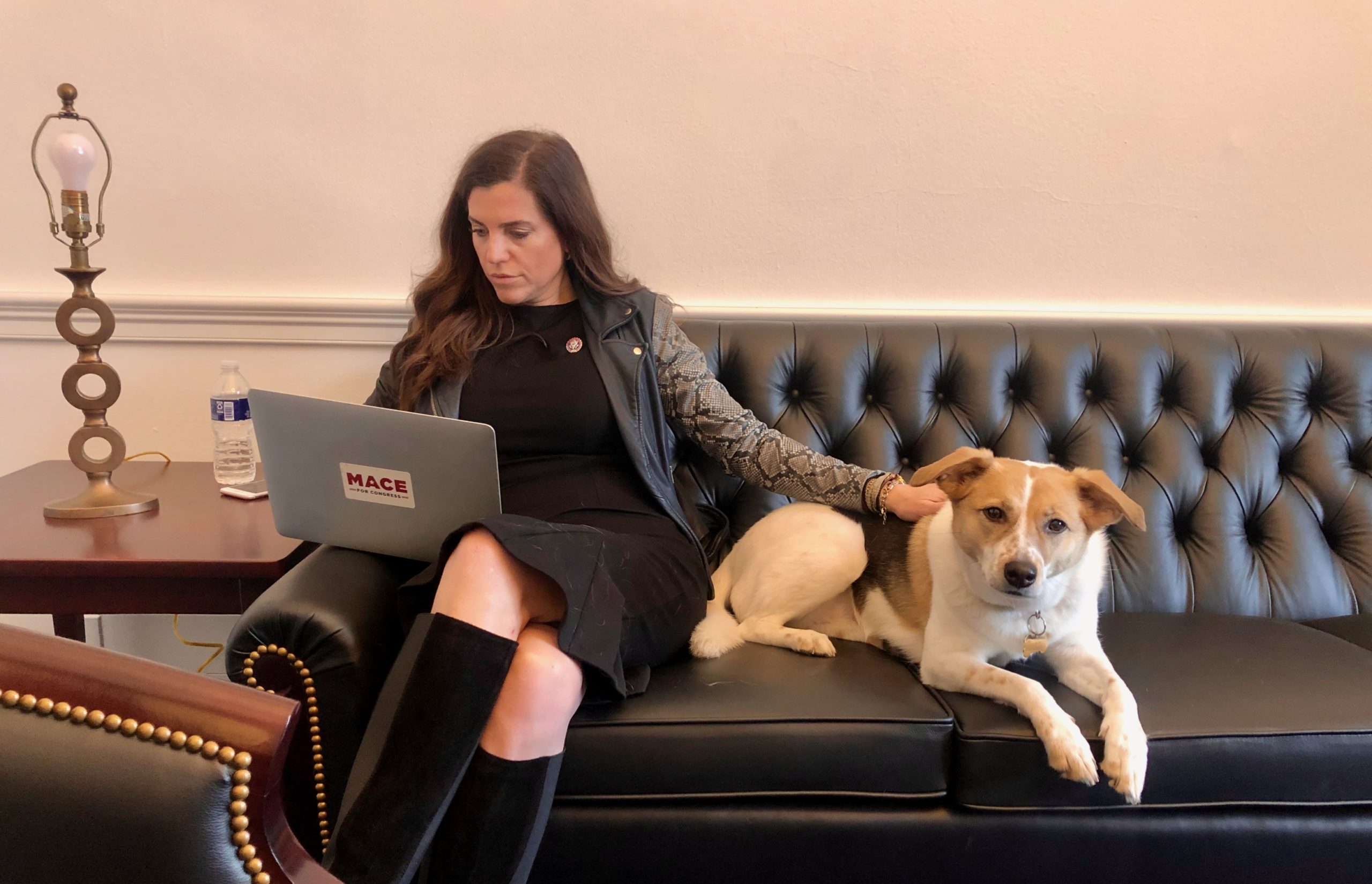 The Republican party was already at war with itself over outgoing U.S. president Donald Trump prior to last week’s deadly violence in Washington, D.C., but the mob-driven melee that desecrated our nation’s capitol building has only hardened the battle lines.

Mace’s historical proximity to Trump is no secret. Last spring, we did a deep dive into her high-profile involvement in Trump’s successful “First in the South” campaign.

Now, though, Mace is having second thoughts about the man she helped put in the White House – the man whose agenda she campaigned on just a few short months ago.

“Rhetoric has real consequences,” Mace noted in a recent tweet, the start of a multi-day, multi-platform campaign to distance herself from the current occupant of the oval office.

During a follow-up interview with CNN, Mace said she put her two children (who had traveled to Washington to see her sworn in last week) on the first plane she could find back home to South Carolina as a result of troubling rhetoric “from the president on down.”


“I put them on the first flight home Monday morning, because I was worried,” Mace told the network. “And my fears came true.”

According to Mace, the deadly violence that rocked the U.S. capitol building last Wednesday took place “because millions of people across the country were misled by Republicans and by the administration that members of Congress could overturn and usurp the electoral college.”

That’s a reference to GOP efforts to challenge disputed electoral votes awarded to U.S. president-elect Joe Biden – a debate which was taking place inside the capitol building at the moment the mob violence erupted.

Mace rebuked the certification challenge, accusing Trump and his allies of lying to their own supporters.

“Their hearts, minds and wallets were taken advantage of,” Mace told The New York Times last week. “Millions of people across the country who were lied to. These individuals, these hardworking Americans truly believe that the congress can overturn the electoral college.”

Mace claimed the violence emanating from this challenge – which prompted calls for Trump’s impeachment – had “wiped out” the president’s legacy.

“Everything that he’s worked for – his entire legacy – was wiped out,” Mace said. “We’ve got to start over.”

“I don’t,” Mace said. “I can’t condone the rhetoric from yesterday, where people died and all the violence. These were not protests. This was anarchy.”

Still, Mace has rebuked U.S. speaker Nancy Pelosi for attempting to impeach Trump a second time over the violence.

Mace also joined six of her GOP colleagues in sending a letter to Biden urging him to ask Pelosi to “discontinue her efforts to impeach (Trump).”

“A second impeachment, only days before President Trump will leave office, is as unnecessary as it is inflammatory,” the letter stated.

Indeed, but removing Trump from office is not the goal of the latest impeachment process.

Democrats want a conviction of Trump in the U.S. Senate as a precursor to barring him from ever holding federal office again. Which means Mace and the other Republicans who oppose impeachment are, in effect, keeping Trump’s 2024 options open.

Furthermore, Mace rebuked social media giant Twitter for its decision to ban Trump from its platform – claiming it was unfairly discriminating against the outgoing president based on his ideology.

Obviously, Mace isn’t the only South Carolina Republican elected official confronting a myriad of Trump-related choices following the drama that rocked the nation last week. U.S. senator Lindsey Graham – a #NeverTrumper who became a sycophant of the president ahead of his 2020 reelection – is once again flipping positions.

“Count me out,” Graham said last week. “Enough is enough.”

Meanwhile, S.C. attorney general Alan Wilson – a staunch Trump supporter during the first impeachment saga – has come under fire for his proximity to one of the groups that helped organize the pro-Trump rally preceding the deadly rioting at the capitol building. Our news outlet addressed this controversy in a recent post regarding the criminalization of speech.

Obviously we will have much more to come on that subject …


The Palmetto politician in the stickiest of wickets regarding Trump, though? Henry McMaster.

South Carolina’s governor fell into his job four years ago thanks to a sop from Trump – and was only able to keep his post when the president came down to the Palmetto State two-and-a-half years ago and pulled McMaster’s chestnuts out of the fire in a tight runoff race against Upstate businessman John Warren.

Already weakened due to his ongoing mishandling of the coronavirus pandemic in the Palmetto State, McMaster was expected to rely more heavily than ever on the “Trump card” in his 2022 election.

Will he be able to do so now?

The basic problem facing all of these politicians is simple: How to maintain the support of a majority of GOP (and GOP-leaning) voters at a time when the Republican electorate is being torn apart at the seams …