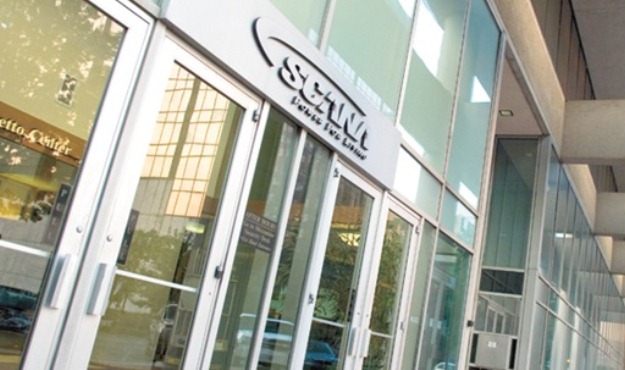 As expected, a former executive vice president of SCANA pleaded guilty to a conspiracy charge in federal court today.

Stephen A. Byrne  pleaded guilty in federal court to conspiracy to commit mail and wire fraud Thursday. He will be sentenced at a later date, according to the office of U.S. attorney Peter McCoy.

“As noted in the record, (Byrne) conspired with others to lie about the progress of the V.C. Summer Nuclear Station so SCANA could wrongly increase rates on hard-working South Carolinians and qualify for up to $1.4 billion in tax credits. We will not allow this conduct to go unpunished,” McCoy said in the release.

FITSNews founding editor Will Folks reported in June that this is the first criminal plea agreement in connection with the Nuke Gate scandal.

For those of you in need of a refresher on this disaster, here it is: State lawmakers – led by senator Luke Rankin – allowed state-owned utility Santee Cooper to amass billions of dollars in debt on the botched construction of two since-abandoned nuclear reactors in Jenkinsville, S.C. Additionally, lawmakers socialized more than $2 billion of the investment risk related to the project for Byrne’s former company.

SCANA – which has since been sold to Virginia-based Dominion Energy – and government-run utility Santee Cooper were partners on the NukeGate project, a definitional command economic failure. Spurred on by the S.C. General Assembly, SCANA and Santee Cooper spent (or borrowed) $10 billion on the construction of a pair of next-generation reactors in Jenkinsville, S.C. that were supposed to have been operational in 2016 and 2017, respectively.

Despite the massive cash outlay, the project was never finished – and the two utilities couldn’t afford the estimated $10-16 billion price tag necessary to complete it. On July 31, 2017 Santee Cooper pulled the plug on the reactors. Shortly thereafter, it was revealed executives at both utilities knew the project was doomed for years and didn’t warn the public.

Instead, they allegedly concealed this critical information from regulators while continuing to raise rates and rack up additional debt….


As a part of the plea agreement, Bryne must cooperate with law enforcement officials and work with Dominion Energy on an agreement that “will provide at least four billion dollars of South Carolina ratepayer relief,” the release said.

“This conspiracy to defraud SCANA customers is breathtaking in scope and audacity,” FBI Special Agent Jody Norris said in the news release. “The FBI remains committed to ensure all those responsible for this crime, which only served to enrich a few by robbing families and communities within South Carolina, are held accountable. I thank SLED for its assistance in this complex and extensive investigation.”

In addition to the federal charges, a state investigation is also underway, which is led by S.C. State Law Enforcement Division (SLED).

“I appreciate the efforts of this joint federal and state investigation,” said South Carolina Attorney General Alan Wilson. “We’ve long argued that the law allowing SCANA to charge customers billions of dollars for a nuclear plant that wasn’t even operating was unconstitutional. Now, a former SCANA executive is being held criminally accountable for his part in the project.”

In his role at SCANA, Byrne “oversaw all nuclear operations for SCANA, including the construction of the two new nuclear units,” the release said.

” From its inception, substantial delays and cost overruns plagued the project,” the news release from McCoy’s office said. “In late 2015 and early 2016, Byrne and others in SCANA’s executive leadership were aware that without extraordinary progress, the project was at risk of not completing the construction of both units in time to qualify for the federal nuclear production tax credit, which will expire on December 31, 2020, and was worth up to $1.4 billion. In or around June 2016, Byrne became aware that efforts to improve the pace and productivity of the project were insufficient to meet the nuclear production tax credit deadline.”

In the summer of 2016, Byrne “joined a conspiracy with other senior SCANA executives to defraud customers of money and property through material false and misleading statements and omissions,” the release said.

” Contrary to his and others’ public statements, Byrne was aware in June 2016 that the project construction schedule and completion dates were unrealistic and unlikely to be achieved, and both units of the project were unlikely to be completed in time to qualify for up to $1.4 billion in federal nuclear production tax credits,” the release said. “His false and misleading statements, among others made by his coconspirators, allowed SCANA to obtain rate increases imposed on SCANA’s rate-paying customers and used to finance the project.”

Byrne faces a maximum of five years in federal prison for the charge.