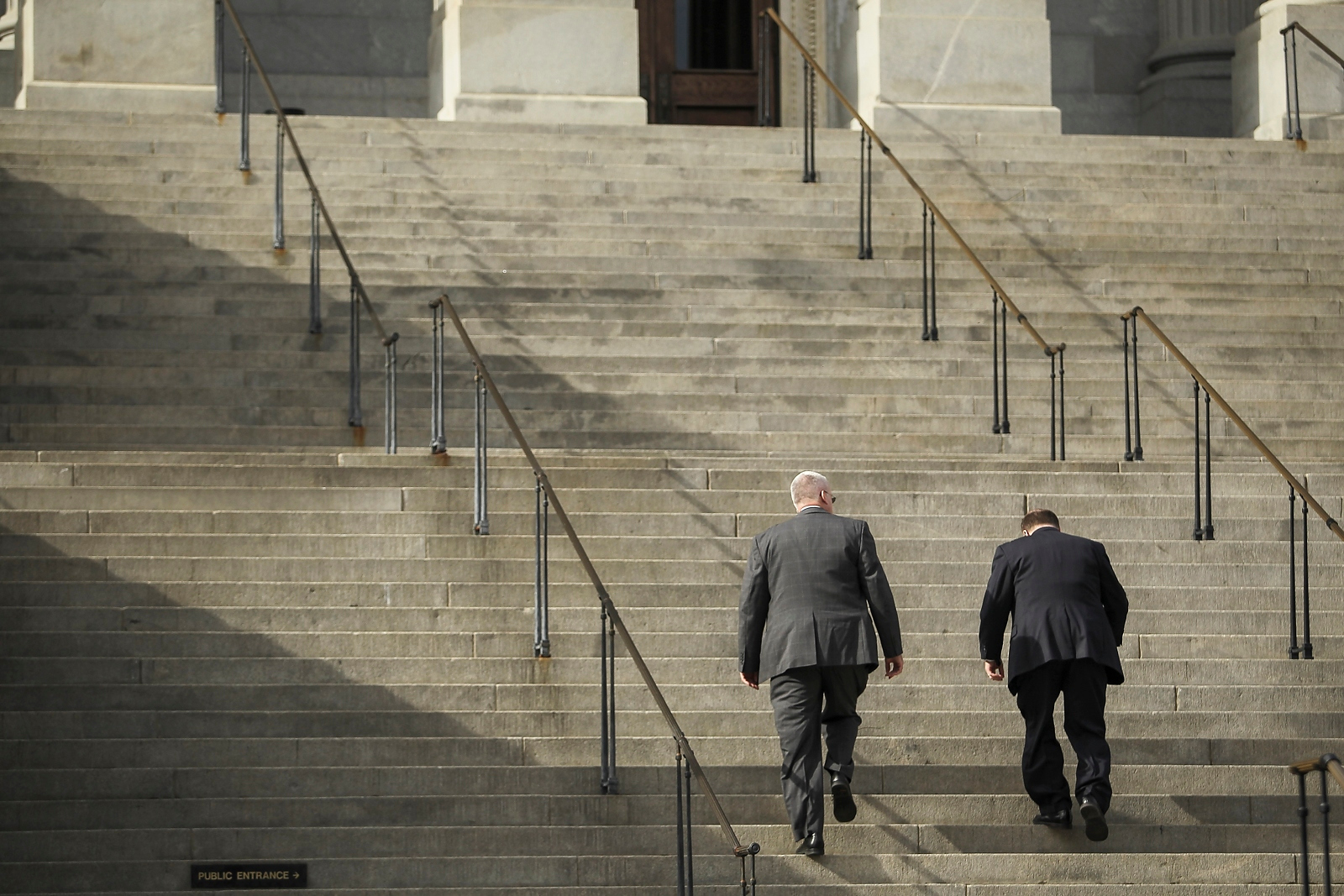 All told, the embattled state-owned power provider – one of the lead actors in the Palmetto State’s infamous $10 billion NukeGate fiasco – awarded more than $5 million in bonuses to bureaucrats. Compounding the awful optics? This money was paid out at a time when the coronavirus pandemic and subsequent societal shutdowns were eviscerating the state’s economy.

Tone deaf? Totally … yet sadly par for the course for this debt-addled, truth-averse “rogue agency.”

In covering these bonus payments, we noted how Santee Cooper chief executive Mark Bonsall – who is paid more than $1.1 million annually – skipped out on a recent meeting of an ad hoc legislative committee chaired by S.C. House ways and means chairman Murrell Smith.

Bonsall was on vacation in Arizona at the time of this meeting … and his conspicuous absence drew sharp rebukes from members of the committee.

One member, state representative Leon Stavrinakis of Charleston, S.C., referred to Bonsall blowing off the hearing as “a sad example of a deficient sense of fiduciary responsibility to the people of South Carolina, their ratepayers and their employees.”


Now, Santee Cooper is scrambling in the hopes of repairing the damage done by Bonsall’s absence at this meeting … and, more importantly, by the utility’s latest extralegal financial moves.

As part of this effort, an email was circulated to lawmakers last Tuesday (December 15, 2020) by Fred Allen – one of the most influential lobbyists in the Palmetto State.

According to the email, Allen wanted to schedule a phone meeting with lawmakers and Bonsall (well, Bonsall “and/ or” Santee Cooper chief legal counsel Pamela Williams) for the purpose of presenting “a report on recent progress made by Santee Cooper.”

The last time we checked, the walls were closing in on this beleaguered bureaucracy – which state lawmakers are considering offloading to the private sector in 2021.

The only “progress” Santee Cooper has made lately? The pace at which it is racking up legislative enemies.

Allen – who has a wealth of State House connections – has been a contract lobbyist for Santee Cooper in the past, however his name is not listed on the latest disclosure reports filed with the S.C. State Ethics Commission (SCSEC).

Why is he lobbying for the entity?


Santee Cooper contract lobbyists have come under fire in the past for meddling in the potential sale of the utility – drawing stern rebukes from South Carolina governor Henry McMaster. In fact McMaster – who appoints all of Santee Cooper’s board members – specifically instructed the agency to refrain from hiring contract lobbyists following an email scandal in 2018.

Emails obtained by McMaster’s office at the time revealed that contract lobbyists in the employ of Santee Cooper – including former Democratic gubernatorial candidate Dwight Drake – were working with lawmakers to try and sabotage a potential sale of the utility.

In one email, Drake told S.C. Senate minority leader Brad Hutto to say that Santee Cooper was not for sale – “no matter how attractive” an offer to purchase it might be.

In other words the agency was paying lobbyists to go against the policy being advanced by the governor and its appointed board.

“The emails that have come to us recently illustrate and demonstrate the problem we have been dealing with, and it’s something that must end,” McMaster told reporters. “We have a rogue agency, a bureaucracy operating on its own, contrary to instruction given by me to the board of directors. This is not in the best interest of the people of South Carolina or the ratepayers.”

Santee Cooper currently has only two lobbyists listed on its SCSEC disclosure forms – full-time agency staffers Geoffrey Penland and Yvette Rowland. And as previously noted, these two government employees are being paid handsomely for their work.

Obviously, we will keep a close eye on Santee Cooper’s lobbying disclosures in the weeks ahead to determine whether the utility is indeed violating McMaster’s explicit order prohibiting it from hiring contract lobbyists to work against its potential sale.