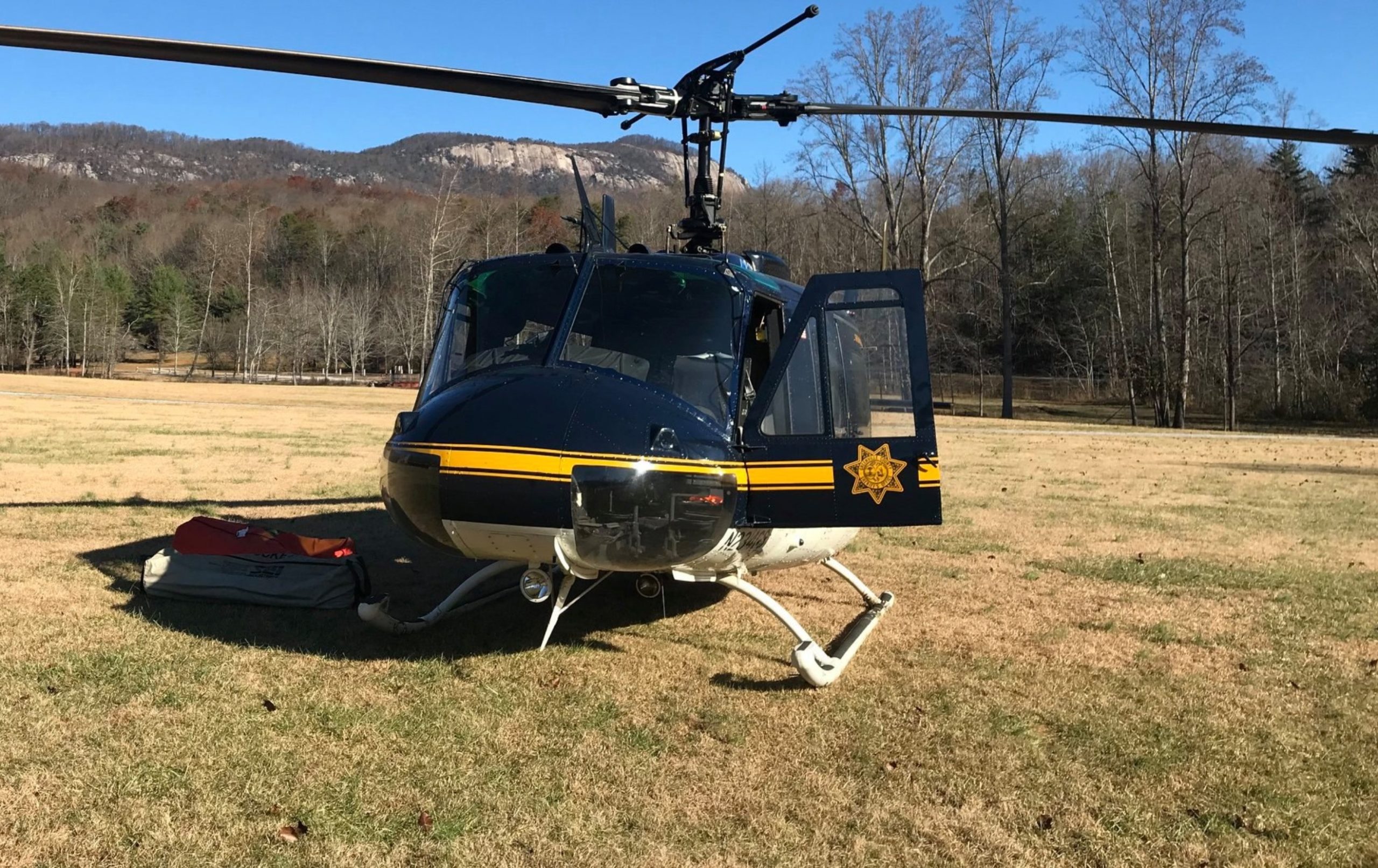 The focus of this inquiry? Deputy Michael Douglas – who was accused of failing to report to his superiors certain intimate information he allegedly obtained regarding the ongoing Thornblade saga, a confluence of salacious scandals involving an upscale Greenville neighborhood and its affiliated country club.

According to our sources, Douglas was made aware of alleged illegal activity – including the dissemination of sexually explicit material to minors – which is somehow tied into this continuing Upstate soap opera.

At the behest of one of the federal agencies investigating these scandals, Douglas was interviewed by the Greenville sheriff’s “office of professional standards” (OPS) – which is (or was) led by captain Tim Brown.

Did Brown take the case seriously? Not according to our sources …

We are told his “investigation” consisted of precisely two interviews – one with a source alleging improper conduct by Douglas and a second interview with Douglas himself. When the narratives offered by the accuser and by Douglas failed to reconcile, the sheriff’s office concluded it was down to the accuser’s word versus the deputy’s – and “dropped” the matter.

“It was an absolute sham,” one of our sources said, saying the department “refused to interview” at least two individuals who could have shed light on the allegations.

In fact, this news outlet recently obtained documents from a law enforcement source indicating Douglas had contact with at least one of the individuals at the heart of the ongoing investigation into Thornblade (and its related scandals) – which is currently being headed up by the U.S. Department of Homeland Security (DHS)’s special investigations unit (HSI).

In addition to declining to conduct follow-up interviews, Brown’s office declined to make inquiries on the information his office was provided, we are told …

What happened to the veteran law man? His current status with the agency is unclear, but we have confirmed Brown was placed on administrative leave earlier this month and removed from his role over internal affairs.

Other sources tell us he is no longer with the agency …

“Desk cleaned out,” one sheriff’s office source told us.

Anyone spotting a pattern here?

We are currently investigating what may have led to this abrupt shakeup – in addition to seeking clarification as to Brown’s current status. Of course, we rarely get answers from the sheriff’s office – even when we submit our requests via the state’s Freedom of Information Act (FOIA) laws.

For now, though, it is not immediately clear whether the decision to remove Brown from his role over internal affairs had anything to do with the Douglas situation, the ongoing sheriff’s office time card scandal or perhaps … something else.

As we noted in our recent report on the botched internal affairs probe, Brown and several other officers have reportedly been observed together in what can charitably be described as compromising situations at University of South Carolina tailgating parties in Columbia, S.C.

Specifically, witnesses told us Brown and several other deputies were observed “giving booze (away) and allowing underage drinking” at parties held on a so-called “bang bus” – a recreational vehicle owned by Brown.

While we continue to investigate the latest shakeup at the scandal-scarred sheriff’s office, what is the latest on Thornblade?

According to our sources, the two federal investigations we previously reported on are still ongoing – and law firms in and around Greenville are said to be racking up huge retainers in an effort to keep clients out of trouble (and out of the newspapers).

Speaking of the papers, sources tell us The Greenville News has been investigating several of the allegations we have previously reported on … although it remains to be seen when (or if) the paper will file a report.

We are told reporters at the Greenville bureau of The (Charleston, S.C.) Post and Courier are delving into the allegations, too.

To recap: As we exclusively reported on July 23, 2020, allegations of serious financial irregularities rocked the Thornblade club earlier this year – prompting an investigation by the U.S. Secret Service (USSS), an agency which has broad jurisdictional authority over “cyber-enabled financial crimes.” Meanwhile, far more serious allegations involving the club are being probed by HSI agents – including the alleged activities of a group of men who apparently refer to themselves as “The Disciples.”

The Mathews have been at the center of speculation related to the Thornblade saga for some time now.

Rick Mathews issued a statement through his attorney confirming that he had been questioned in connection with the inquiry.

Mathews added that he was aware “there is an investigation being conducted” and that while he was “not a suspect in any illegal activity, I am cooperating fully with law enforcement and will continue to do so.”

In addition to the Mathews’ and deputy Douglas, HSI agents have also reportedly been asking questions about Brian Gem Garrison – a former adjunct tennis coach at Eastside High School in Taylors, S.C. who was arrested and charged with contributing to the delinquency of a minor last spring.


Garrison, incidentally, was referenced extensively in a recently filed lawsuit against the Greenville county school district. According to that suit (.pdf), the coach was protected in his allegedly predatory activities by Eastside athletics director Scott Erwin.

“Erwin permitted Garrison, a single man who lived alone, to regularly attend Eastside’s baseball practices and games, be on the field and in the dugout with the players, while having knowledge that Garrison had developed relationships with students and was spending time with baseball players and other students without any adult supervision,” the lawsuit stated.

The suit – filed on behalf of a minor John Doe by his unnamed parents – further alleged that Erwin “had knowledge that Garrison provided Eastside student athletes with alcohol, JUULs and other vape contraband.”

He also allegedly provided one student with “a secret iPhone to secretly communicate with Garrison.”

Mainstream media outlets in Greenville have reported on the lawsuit filed against the school district, however they have yet to connect it to the HSI investigation or to the various Thornblade-related allegations.

One thing is abundantly clear, though: The Greenville sheriff’s office continues to suffer from a serious credibility deficiency.

One possible reason? The leader of this agency – devout social conservative Hobart Lewis – has been too busy repaying political debts and engaging in his own questionable behavior to provide this agency with the sort of leadership it clearly needs.

Of course, you can’t say we didn’t warn you …