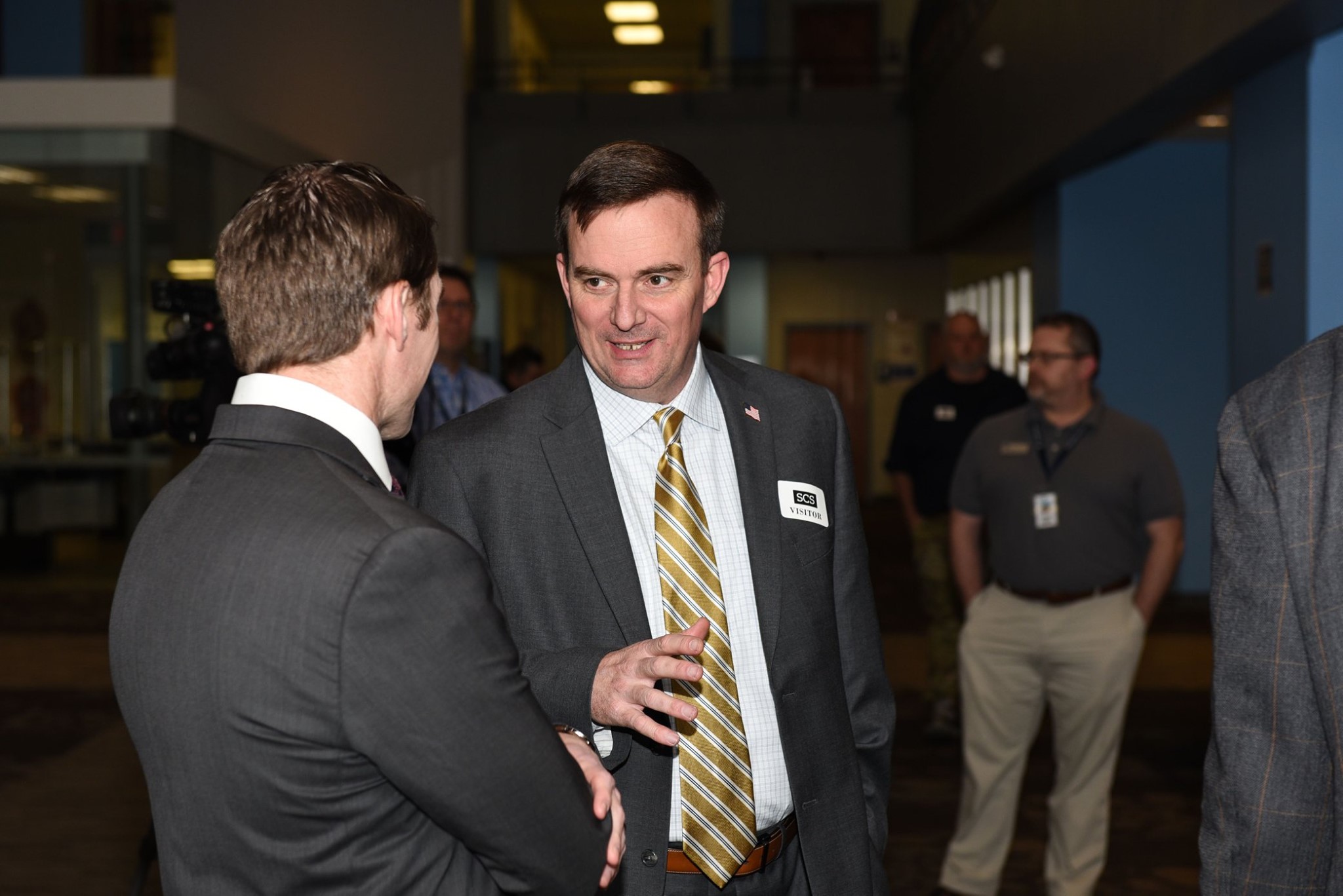 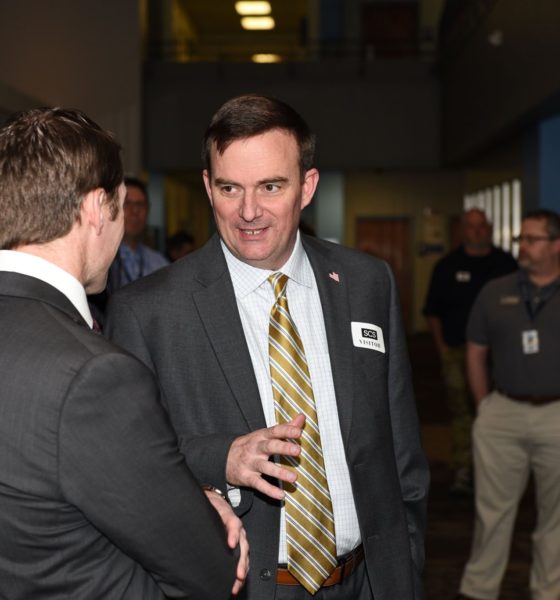 Is Hobart Lewis paying back a debt?

The South Carolina Upstate was abuzz this week after Greenville county sheriff Hobart Lewis starred in a new political advertisement attacking Democratic U.S. senate nominee Jaime Harrison. The ad is the latest effort by so-called “conservatives” to bail out embattled GOP incumbent Lindsey Graham – who has found himself in a closer-than-expected battle to win a fourth term in the U.S. Senate this fall.

“The rioting, the looting, the chaos – if Jaime Harrison is elected to the Senate, get ready, because it’s coming,” Lewis says in the 30-second spot, which was first reported on by Kirk Brown of The Greenville News.

“Jaime Harrison has zero experience and dangerous ideas,” the recently elected Republican sheriff continued, adding that Harrison “stands with the radicals who want to defund the police.”

Lewis’ involvement in the race stoked controversy – particularly his use of taxpayer-funded equipment and the imprimatur of his office on behalf of a political candidate.

“Who knew you could use Greenville county sheriff’s cars and uniforms to do political action committee television spots to try and influence a federal election?” one critic of the spots told us.

Lewis has been mired in multiple controversies in the aftermath of his election in March. So have many of his top officers. In fact, multiple sheriff’s office leaders are currently under investigation by agents of the S.C. State Law Enforcement Division (SLED).

And more investigations may be coming …

What interested us most about this spot, though? The fact that it closes a loop on one of the most mysterious political campaigns we have ever covered …

The mailing referred readers to a website attacking Folks – WillFolksCare.com – which was launched last summer and only recently taken offline.

Up until the Greenville mailing was sent out, the WillFolksCare.com website focused exclusively on Folks and FITSNews. After the mailing, however, it pivoted and began publishing articles related to the sheriff’s race.

Stacy Shea, an Upstate political consultant, sued the anonymous authors of the website in state court on the grounds that she was falsely accused of being the author of the site (and the mysterious attack mailing).

Shea’s lawsuit claimed the anonymous site was disseminating “false allegations and statements given and purported as fact,” and doing so “negligently” and “anonymously.”

The suit further claimed the site’s anonymous authors were violating state disclosure laws regarding “political publications” – which are supposed to “include the name and address of the speaker on the publication.”

The case was transferred to federal court in March after an attorney for the anonymous operator of the site challenged state jurisdiction.

“John Doe is not a citizen of South Carolina,” attorney Lawrence Hershon of the Parker Poe law firm stated in a motion filed on behalf of his yet-be-identified client.

Hershon also provided the court with a sealed document containing the identity of his client, whom he claimed was engaging in “protected anonymous speech under the First Amendment.”

Why would this critic fight so ferociously to remain anonymous?

One possible reason is that the anonymous attack mailings were later linked to campaign mailings sent out by Lewis. And the cabal responsible for them has since been linked to a broader national network involved in Graham’s reelection bid.

“It is highly suspicious that the Lewis for sheriff campaign would use the same Petersburg, Virginia-based vender used by Next Policies, LLC – the suspicious political group listed as the responsible party on the recent attack mailing against his opponent,” we noted back in January.

Who is Next Policies LLC?

According to a recent report from Matt Corley of the watchdog group Citizens for Responsibility and Ethics in Washington (CREW), Next Policies LLC was registered as a domestic-for-profit limited liability company in Ohio in April 2018 by attorney James G. Ryan.

Next Policies LLC is linked to a shadowy national network of neoconservative political action committees which supports warmongering politicians like Graham. Several of the operatives who work for these committees are believed to be behind last year’s secretive website and direct mail attacks in South Carolina.


One of those political action committees is Security is Strength – the same group responsible for the latest Hobart Lewis ad supporting Graham.

“In the 2016 election cycle, (Security is Strength) received hundreds of thousands in ultimately secret money from nonprofits that don’t reveal their donors,” the CREW report noted. “The new nonprofit LLC bearing the Security is Strength name appears to be affiliated with one of those nonprofits, the Government Integrity Fund, and is already working to boost the image of Sen. Graham, who is up for re-election in 2020.”

Following the money gets trickier the deeper down the rabbit hole you go, though …

“Though (the identifying) description was removed from the website at some point after March 5, 2019, the pro-Graham YouTube video embedded on the page still carries a disclaimer saying that ‘Security is Strength [is] a project of the Government Integrity Fund,'” the CREW report continued. “Security is Strength LLC’s Facebook page features posts and videos praising and promoting Sen. Graham.”

According to Open Secrets, Security is Strength has spent a staggering $3.3 million in support of Graham’s 2020 reelection bid.

Also worth recalling? This shadowy network of political action committees was the subject of a recent complaint filed by CREW with the Internal Revenue Service (IRS). According to Corley, “the lawyer who set up the group has established many other entities, some of which have been involved in funneling untraceable money into politics, and one of which has already been the subject of a CREW complaint.”

Castellani – an intimate of former SCGOP chairwoman Karen Floyd – has been involved in all sorts of questionable campaign finance activity ostensibly on behalf of his business, North American Rescue. He was also one of the most prominent supporters of sheriff Lewis’ victorious 2020 campaign for sheriff – and is said to exert considerable influence over the “conservative” law man.

“Bob Castellani is the origin point for all this,” one Upstate source told us.

Lewis’ ads are unlikely to do much to move the needle in this election. At the time they were launched, Graham was beginning to pull away from Harrison thanks to his starring role in the confirmation hearings for Amy Coney Barrett, U.S. president Donald Trump’s supreme court nominee.

Still, we look forward to untangling this Upstate mess in more detail in future posts …