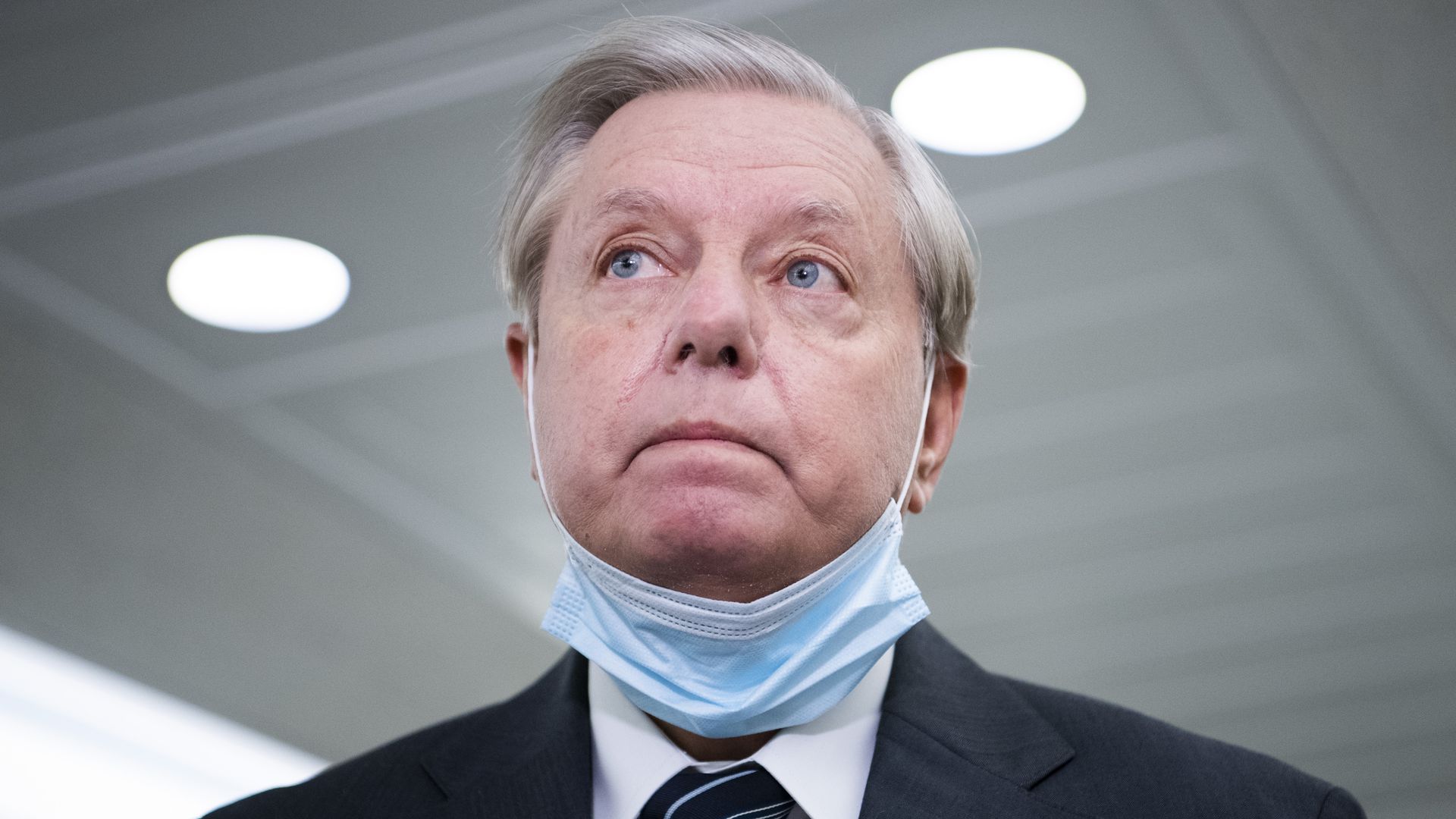 Incumbent “Republican” U.S. senator Lindsey Graham may very well win a fourth term in Washington, D.C. on November 3, 2020. But it won’t be because he didn’t try his damnedest to give the race away to his Democratic opponent, former state party chairman Jaime Harrison.

Graham has been a veritable gaffe factory during the homestretch of his surprisingly competitive election with Harrison – who has raised an unprecedented amount of money in his bid to unseat the shape-shifting GOP politician.

This week, Graham’s mouth got him in trouble (again) when he plugged his campaign website – and solicited donations for his reelection – while taking a break from contentious confirmation hearings for Amy Coney Barrett, U.S. president Donald Trump’s supreme court nominee.

“I don’t know how much it affected fundraising today, but if you want to help me close the gap – LindseyGraham.com – a little bit goes a long way,” Graham said.

Well, it is illegal under federal law for political candidates to solicit contributions on government property. Specifically, 18 U.S. Code § 607 holds that “it shall be unlawful for … Members of Congress, to solicit or receive a donation of money or other thing of value in connection with a Federal election, while in any room or building occupied in the discharge of official duties.”

“This is a crime,” U.S. congressman Eric Swalwell of California noted, adding that Graham “committed a crime in plain sight.”

That latter observation proved prescient as Graham’s remark prompted the filing of two ethics complaints against him – one by the S.C. Democratic Party (SCDP) and another by the Campaign Legal Center, which brands itself as an ally in the fight for “a more transparent, accountable and inclusive democracy.”

No word yet on when those complaints will be heard …

To be fair, Graham was asked by a reporter to comment on how the Barrett hearings could impact his fundraising position against Harrison – who brought in a record-setting $57 million during the third quarter of 2020.

So, in his defense he was just answering the question … although we would argue he should have chosen his words far more carefully.

Graham has been pleading with conservatives to financially support his campaign for weeks.


This news outlet has never been a fan of Graham’s. As we noted just this week, he is the consummate political chameleon – and we find it laughable that so-called “conservatives” are rallying to his banner simply because they fear the possibility of a Democratic majority in the U.S. Senate.

Do these conservatives really believe a shape-shifter like Graham won’t morph yet again based on political convenience?

Graham’s problems with his base are one reason this race is so tight. Another reason? The failure of Graham and his allies to exploit Harrison’s vulnerabilities with supporters of socialist U.S. senator Bernie Sanders.

Remember, Harrison was an integral part of the Hillary Clinton cabal that helped rig the 2016 Democratic nomination (savaging Sanders in the process).

Rex has since left the Democratic party, too – co-founding the Alliance Party of South Carolina in 2014.