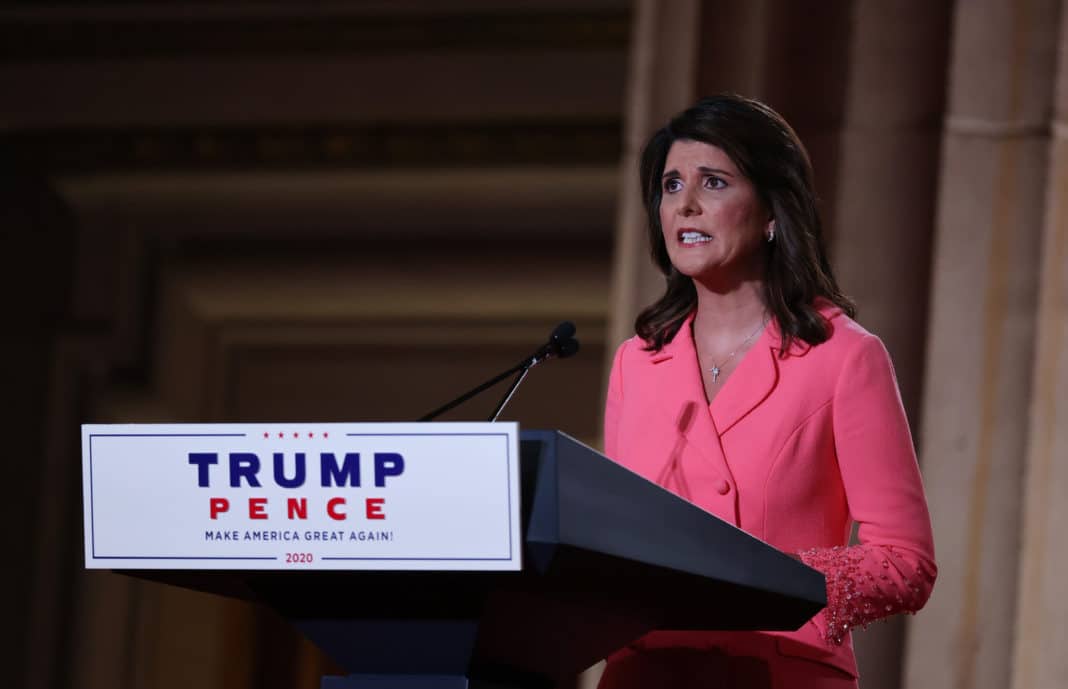 Former United Nations ambassador Nikki Haley – a darling of the warmongering neoconservative movement – took to Twitter over the Labor Day weekend to defend her erstwhile rival, U.S. president Donald Trump. According to Haley, Trump’s opponent in the 2020 general election – former vice president Joe Biden – was out of line when he posted a video based on unverified claims that Trump demeaned fallen American soldiers.

These claims were included in an article by editor-in-chief Jeffrey Goldberg of The Atlantic which was widely cited across multiple mainstream media platforms. According to Goldberg’s anonymous sources, Trump called Americans who died in war “losers” and “suckers.”

The White House has emphatically denied the allegations, which as of this writing have yet to be documented.

Nonetheless, here is the Biden campaign video presenting them as historical fact … along with the catchy tagline, “if you don’t respect our troops, you cannot lead them.”

Effective … but is it fair?

Not according to Haley … who argued that the anonymous allegations against Trump were inconsistent with her experiences with him during the two years she served in his administration.

“Biden should take this down,” Haley tweeted in response to the ad. “All of us who worked with (Trump) witnessed the tremendous amount of love and respect he has for our military. He was determined to protect them. We had many conversations in (National Security Council) meetings about protecting them.”

Ironically, Trump has (for the most part) been protecting American military personnel from warmongers like Haley and U.S. senator Lindsey Graham – another South Carolina politician with a troubling compulsion when it comes to spending American blood and treasure on dubious national security objectives.

In fact, Haley’s warmonger streak is among the reasons her national ambitions are encountering resistance from more traditional “America first” conservatives.

Given the friction that has existed between Trump and the neocons over various foreign entanglements since he took office … it was indeed surprising to see Haley step to the forefront of this debate in defense of Trump. After all, her political interests would best be served by the incumbent Republican losing in November.

Our view? As to the allegations against Trump, we have no idea whether he actually said what he is accused of saying or not. He says a lot of stupid stuff, but these alleged comments are inconsistent with other stupid stuff he has said in the past (you know, about preferring soldiers who died in battle to those who were captured by the enemy).

Trump is by no means a model of consistency .. but we have a hard time believing he actually said what the anonymous sources for The Atlantic story claim he said.

Maybe he did … but a more likely explanation from our perspective is that Biden went from being a lock to winning the White House a few short months ago to finding himself in a pitched battle with Trump.

Either way it is a nifty political play by Haley … a former #NeverTrumper who has found herself having to straddle both sides of the establishment GOP divide when it comes to the lightning rod first-term commander-in-chief.

UPDATE || Well, well … even former national security advisor John Bolton – who was unceremoniously fired by Trump last fall – has rebuked the “fallen soldier” claims. Bolton said he was in the room at the time the conversations in question were held and that if Trump said what the Biden ad accused him of saying, he would have “written an entire chapter about it” in his book bashing Trump.

About Donald Trump’s ‘John McCain Is A Loser’ Tweet …