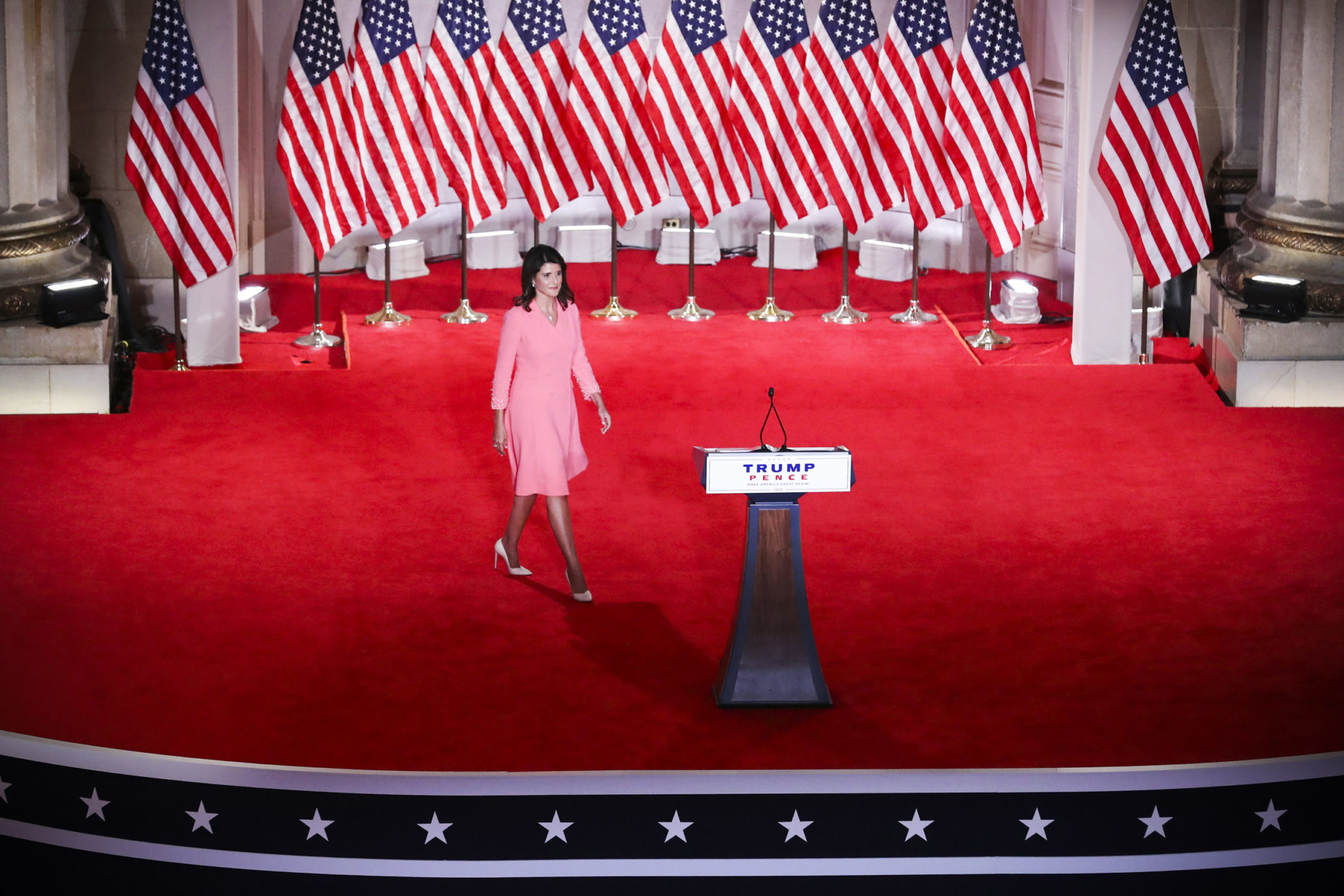 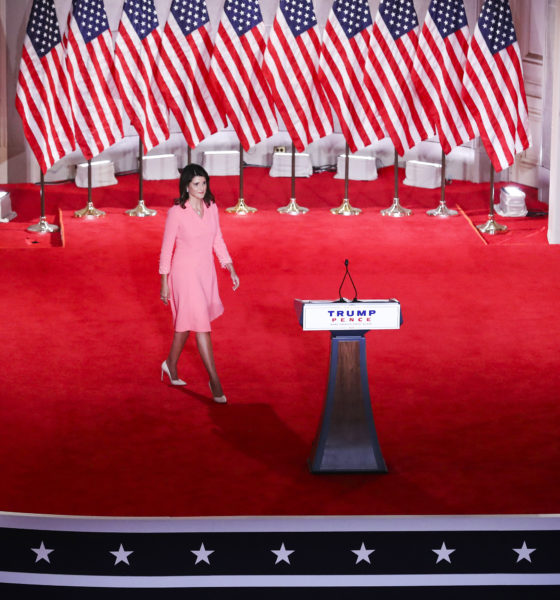 Nikki Haley Plants Her Flag For The 2024 Presidential Election

It has been a rough stretch for former United Nations ambassador Nikki Haley – whose not-so-subtle campaign to replace U.S. vice president Mike Pence on the 2020 Republican ticket failed spectacularly (much to the surprise of the Democratic establishment).

As Haley eyes a 2024 presidential bid, she has been endeavoring to tweak her political calculus by positioning herself more to the ideological right of the Republican electorate. However, her over-the-top reaction to the George Floyd rioting sparked a wave of right wing revulsion – most notably a rant from Fox News’ host Tucker Carlson which decried Haley for engaging in “moral blackmail” when she said she hoped the riots would become “personal and painful for everyone.”

Centrists have also taken a dim view of Haley of late – mostly owning to her role in the administration of U.S. president Donald Trump (whom they loathe). Consider columnist Kathleen Parker of The Washington Post – who blasted the former ambassador last fall as “a cartoonish fussbudget” who “bought her own myth and sold it cheap.”

It made sense Team Haley was a bit glum (and more than a little bit testy toward Pence) heading into this week’s Republican National Convention in Charlotte, North Carolina.

As we noted earlier this month, though, Haley still had “a ways to go to ruin her standing as a top 2024 Republican presidential contender.”

“In fact, given her status as a female minority in a world increasingly dominated by identity politics it may be impossible for her to ruin that standing,” we wrote.

Against this backdrop, Haley strode to the microphone in Charlotte to deliver a speech aimed in part at buttressing Trump’s 2020 campaign – but which was clearly also about ramping up her own 2024 aspirations.

How did she do? Pretty well, according to the pundits …

“We saw a good illustration of why Haley could be a formidable contender, as well as a message of the sort that Republicans could use more of,” noted Dan McLaughlin for National Review. “Haley is not a fire-and-brimstone speaker, but she is smooth, polished, and projects the serene unflappability that has seen her through the storms of South Carolina politics and the intrigues of Turtle Bay and the Trump administration.”

“She spoke in complete sentences, and in an indoor voice – and she made her case for Trump in a tone normally associated with former governors and not with used car salesmen,” wrote Ian Millhiser for Vox. “Haley’s speech placed her firmly in a conservative tradition that would continue the Trump White House’s policies if she got that chance. But she also brought a seductive normalcy that’s likely to distinguish her from other Republicans eager to run the same bombastic playbook pioneered by Trump.”

In a post for Politico, Ryan Lizza explored the extent to which Haley and Donald Trump Jr. – who also spoke on Monday evening – are engaged in a battle “for the soul of the GOP.”

“We are starting to see the GOP divide into two halves,” Lizza wrote. “One that tries to straddle the pre- and post-Trump GOP, and another that fully embraces undiluted Trumpism.”

Obviously, Haley represents the latter group … although we do not believe Lizza is correct in his presumption that the GOP electorate is evenly divided between these two groups.

Anyway, it was Haley’s comments on race that generated the most attention in the mainstream media.

“In much of the Democratic Party, it’s now fashionable to say that America is racist,” Haley said. “That is a lie. America is not a racist country. This is personal for me. I am the proud daughter of Indian immigrants. They came to America and settled in a small southern town. My father wore a turban. My mother wore a sari. I was a brown girl in a black and white world.”

Of course in the very next line of the speech, Haley noted that her family “faced discrimination and hardship” – an apparent contradiction of her original point.

The former South Carolina governor quickly found her stride, though.

“America is a story that’s a work in progress,” she said. “Now is the time to build on that progress, and make America even freer, fairer, and better for everyone. That’s why it’s tragic to see so much of the Democratic Party turn a blind eye toward riots and rage. The American people know we can do better. And of course we know that every single black life is valuable. The black cops who’ve been shot in the line of duty – they matter. The black small business owners who’ve watched their life’s work go up in flames – they matter. The black kids who’ve been gunned down on the playground – their lives matter too. And their lives are being ruined and stolen by the violence on our streets.”

That is absolutely true … and very similar to what we have been preaching on this news outlet. Of course unlike Haley,

Not everyone was impressed by Haley’s performance, however.

“It just occurred to me Nikki Haley is very impressed with herself,” our intrepid D.C. Operative noted. “This speech may end her. Any ambitious former GOP governor could have delivered this – with more charm and energy.  She looked like a Kiawah version of a Stepford Wife.”

Our view? We believe Haley gave a good speech … but again, giving a good speech has never been her problem. As a student of Frank Luntz she knows the “words that work” and she can deliver them elegantly enough (in an “inside voice”) when called upon to do so.

Haley’s problem is in the implementation … and the chronic inconsistency.

Like when she decries crony capitalism … while neglecting to mention her legacy as the Palmetto State’s preeminent crony capitalist. Or, all those pesky password issues she keeps having. Or, the fact that the last time she got a speaking slot at a national convention her home state paid dearly for it.

And while Haley has all the political promise in the world (which she capably demonstrated again last night), her path to the White House is beset by land mines.

And make no mistake: If she falls, there are plenty of others eager to pick up the banner.

How do you think Haley did? Watch her speech below …

What did you think of Nikki Haley's speech to the 2020 Republican National Convention?