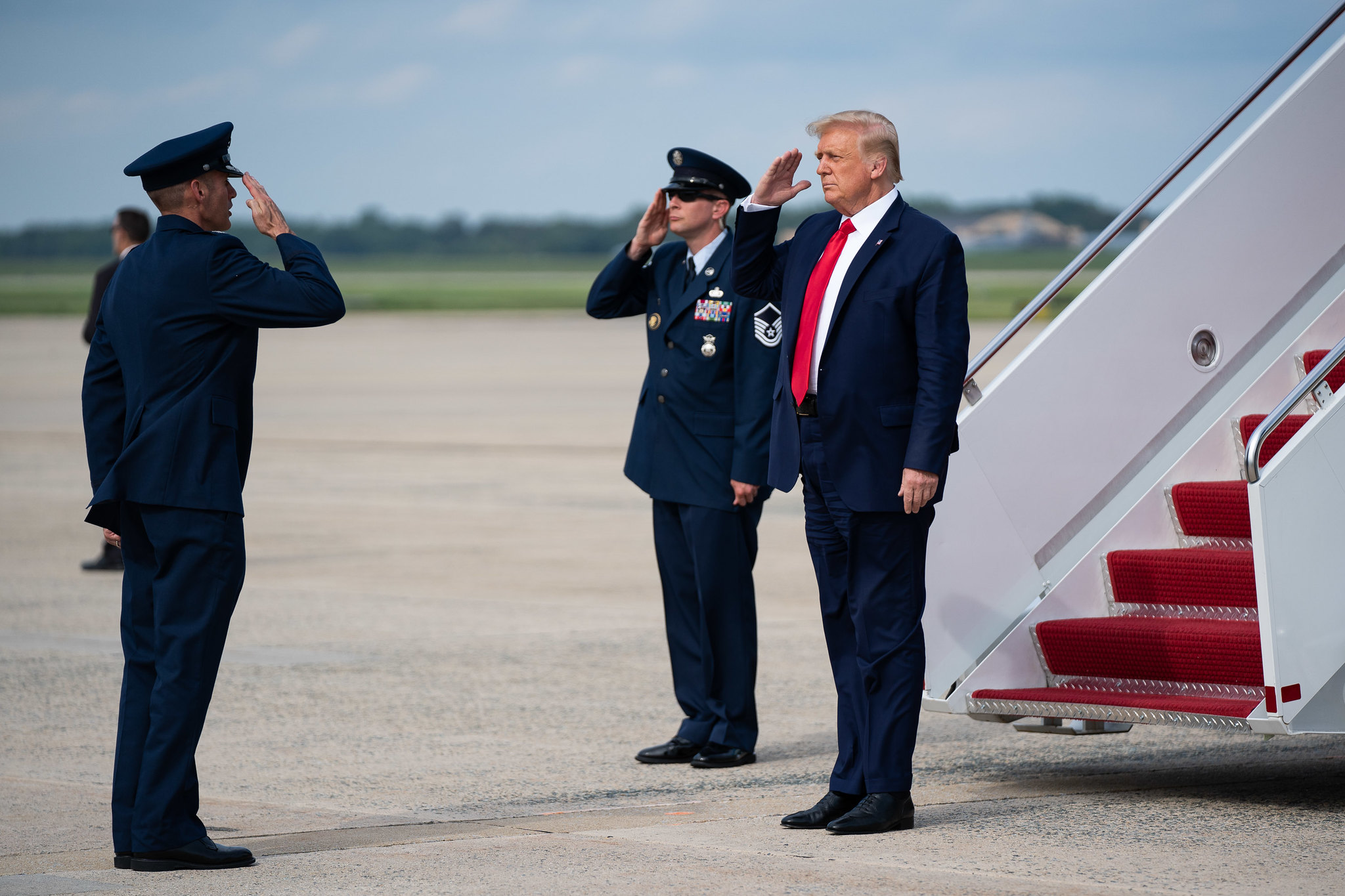 Our news outlet experienced quite a surge in traffic earlier this week when U.S. president Donald Trump took to Twitter to refute claims regarding his alleged views on fallen American soldiers – and his rocky relationship with the late U.S. senator John McCain.

These claims were included in an article by editor-in-chief Jeffrey Goldberg of The Atlantic which was widely cited across multiple mainstream media platforms. According to Goldberg’s sources, Trump called Americans who died in war “losers” and “suckers.”

Goldberg based these claims on interactions with “four people with firsthand knowledge” of conversations that allegedly took place regarding a proposed 2018 trip to an American war cemetery near Paris, France.

The article went on to accuse Trump of calling McCain a “fucking loser” on the same day the warmongering U.S. senator died – citing “three sources with direct knowledge” of the conversation.

The White House rebuked these anonymous sources, saying the report was “false” and “had no basis in fact.”

Trump then took to social media to respond personally …

“I was never a big fan of John McCain, disagreed with him on many things including ridiculous endless wars and the lack of success he had in dealing with the VA and our great Vets, but the lowering of our nation’s American flags, and the first-class funeral he was given by our country, had to be approved by me, as President (and) I did so without hesitation or complaint,” he tweeted on Thursday. “Quite the contrary, I felt it was well-deserved. I even sent Air Force One to bring his body, in casket, from Arizona to Washington. It was my honor to do so.”

It was Trump’s next statement, however, that prompted a viral, visceral rebuke on social media.

“I never called John McCain a loser and swear on whatever, or whoever, I was asked to swear on, that I never called our great fallen soldiers anything other than HEROES,” Trump tweeted.

Its headline? “Donald Trump: John McCain Is A Loser.”

Our post referenced an Iowa event covered by any number of media outlets at the time. At the event, Trump said “I don’t like losers” – referring to McCain’s  disastrous 2008 campaign against then-U.S. senator Barack Obama.

He also challenged the assertion that McCain was a war hero.

“He’s not a war hero,” Trump said. “He’s a war hero because he was captured, okay.  I like people that weren’t captured.”

That statement – while certainly crass – would seem to conflict with the statement attributed to Trump in The Atlantic article.

Our view? As we noted at the time, “we do believe McCain – who was shot down over Vietnam and held as a prisoner-of-war for six years – was a hero.”

“But he has long ago surrendered any claim to that mantle by repeatedly placing American men and women in harm’s way as part of his costly, ill-fated, interventionist warmongering,” we added.

Warmongering which has outlived him, sadly …

As for The Atlantic article and other ongoing efforts by #NeverTrump “Republicans” to drive wedges between the incumbent president and certain segments of the GOP electorate – we believe in any other election Trump would have real cause for concern.

But not this election …

Trump backers – and detractors – are “all in.” This story won’t change that. Nor do we see it moving the small (and shrinking) segment of the electorate that remains undecided.