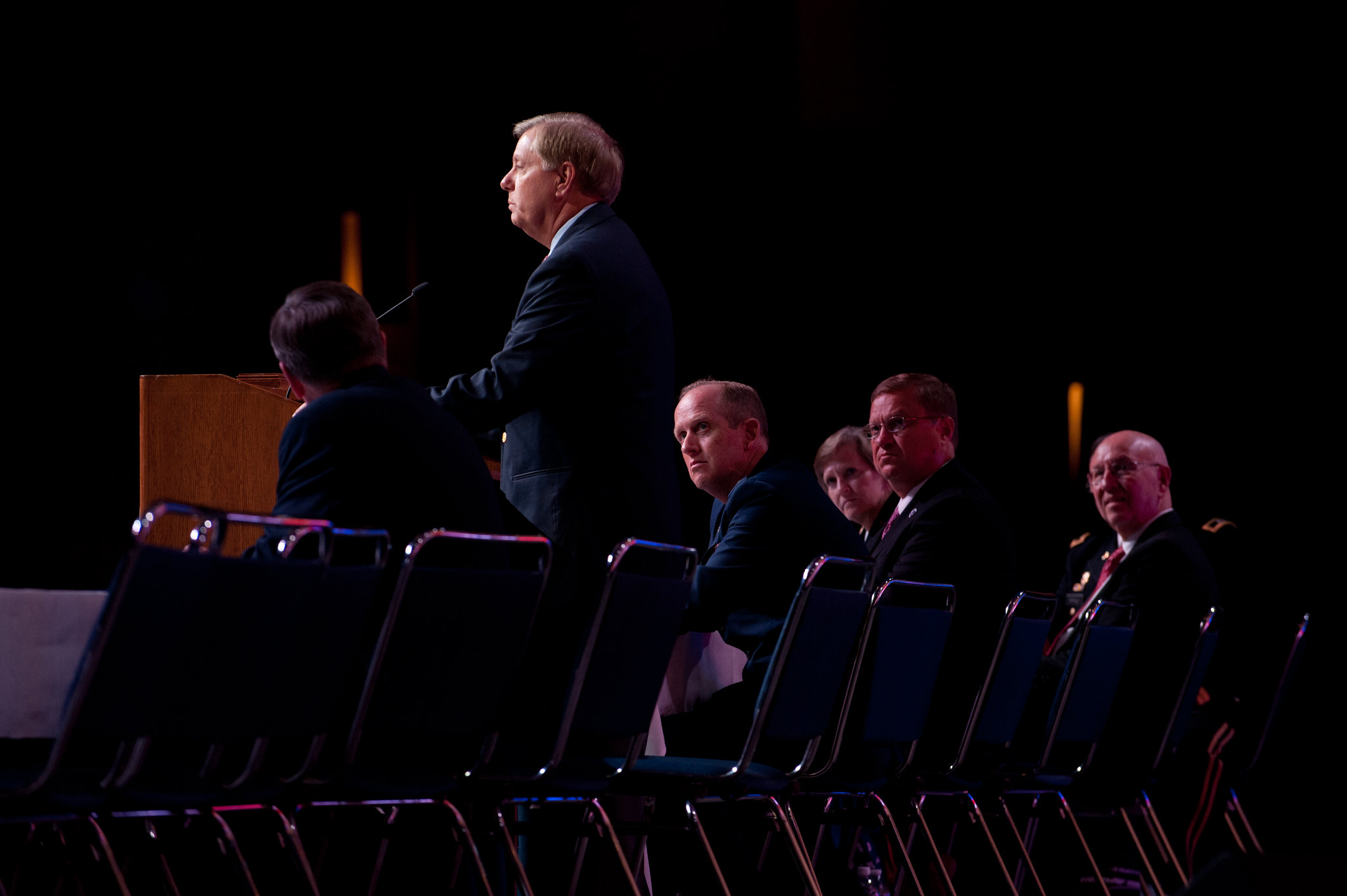 The swamp is not being drained, people. Not even close. If anything, the federal behemoth is expanding under U.S. president Donald Trump – in breadth, depth and fecundity. But against a backdrop of soaring deficits, debt and a federal workforce now approaching three million people (the mother of all “jobs programs”), familiar intrigues and parlor games playing out in our nation’s capital amongst America’s ruling elites.

These power plays are motivated by loyalty (or lack thereof). Or by attendant perceptions. Prior affiliations. Financial needs. Petty jealousies. Thirsts for vengeance.

Nearly all of them revolve around Trump, who was a target of deep state chicanery as a candidate for the presidency … and later, as chief executive. Some on the right would go so far as to say a coup was attempted against Trump … and some on the left have acknowledged as much.

“President Trump is right,” editorial writer Michelle Cottle of The New York Times argued in a column last fall. “The deep state is alive and well. But it is not the sinister, antidemocratic cabal of his fever dreams. It is, rather, a collection of patriotic public servants – career diplomats, scientists, intelligence officers and others – who, from within the bowels of this corrupt and corrupting administration, have somehow remembered that their duty is to protect the interests, not of a particular leader, but of the American people.”

The interests of the American people? That’s rich …

Anyway, as the dust settles in the aftermath of the Democrats’ failed impeachment bid against Trump, the narrative is turning a bit on those who targeted the president … or on those perceived as being disloyal to him. Ground zero of this narrative shift is the U.S. Department of Justice (USDOJ), which has been the focus of an intense political tug-of-war after being weaponized against Trump back in 2016.

Now the White House seems to be weaponizing the agency against its enemies … alleged #NeverTrumpers who are reportedly working to subvert the administration and its objectives.

Caught in the middle? Washington politicians who owe their positions to the military-industrial complex – like U.S. senator Lindsey Graham – yet who have pivoted from their former #NeverTrump roots in the hopes of embracing Trump’s popularity and staving off potential electoral challenges.

Pulled by conflicting currents, how will they navigate the increasingly treacherous waters of the swamp? Insiders are watching them closely, especially as the Beltway sniping intensifies … and draws more media attention.

One of the alleged #NeverTrumpers who lost her job as part of the escalating sniping is 47-year-old Jessie Liu – the former U.S. attorney for the District of Columbia. Liu was originally in line to be promoted to the No. 3 position at USDOJ, but that bid was blocked by U.S. senator Mike Lee of Utah. After that, she was tapped by Trump to be undersecretary for terrorism and financial crimes at the U.S. Department of Treasury (Treasury.gov) – an influential post that oversees responsibility for numerous economic sanctions.

Conservatives balked at her nomination, and took the rare step of urging a U.S. Senate panel to reject a Trump nominee.

“(Liu) should not receive a promotion to (this) extremely important position,” argued Rick Manning, president of Americans for Limited Government (ALG).

According to Manning, Liu’s tenure as U.S. attorney was “a disaster, as she was unable to determine the corruption right under her nose at the Justice Department, FBI, CIA, the State Department and the National Security Council.”

“While I’m confident that Liu has gained many powerful political benefactors for the blind eye she has turned on swamp corruption, she should not be elevated to a position with extraordinary national security implications,” Manning said.

As it happened, Liu wasn’t elevated to the position after all. Trump pulled the plug on her nomination earlier this month after he was reportedly briefed on her alleged disloyalty by a group of conservative activists.

Trump’s decision was praised by conservative media – and further sackings were encouraged.

“Trump and his closest advisers are finally coming to the grips with the fact that hiring Republican apparatchiks may not be much better than hiring Democrats,” RedState opined. I think they are way, way past the point of giving the benefit of the doubt or accepting excuses. One hopes there are more dismissals in the offing.”

However, the Liu saga has spawned a litany of critical media coverage – led by Jonathan Swan of Axios – alleging that the White House has “assembled detailed lists of disloyal government officials to oust” along with “trusted pro-Trump people to replace them.”

This process is being driven by what appears to have been a Rubicon-esque moment for Trump in the aftermath of impeachment.

Since Trump’s Senate acquittal, aides say the president has crossed a psychological line regarding what he calls the “Deep State.” He feels his government – from Justice to State to Defense to Homeland Security – is filled with “snakes.” He wants them fired and replaced ASAP.

Leading the effort to find these “snakes?” According to Swan, the search is being conducted by a “well-connected network of conservative activists with close ties to Trump and top administration officials.” This group – which includes Virginia Thomas, wife of U.S. supreme court justice Clarence Thomas – was ostensibly formed to fight back against the investigation into alleged “Russian meddling” led by former special counsel Robert Mueller.

Like impeachment, that effort ended in disaster for Democrats.

Now the network is shifting from defense to offense, it would appear.

“They have lists. They have memos. And they have the president’s ear,” Swan concluded.

Where is Lindsay Graham on all of this?

“I am sure Lindsey Graham is privately applauding,” Manning said, referring to the scuttled Liu nomination. “One of the main stumbling blocks is no longer in the way.”

Manning added that if Graham is truly Trump’s ally, he should be happy that “conservatives are alerting the president to problems at the disaster that is the politicized department of justice.”

And he should support that effort …

But is he? Again, time will tell.

Graham touted his closeness to Trump during a recent presidential visit to North Charleston, S.C. – and as chairman of the Senate judiciary committee he has obviously been instrumental in pushing through Trump appointees (not all of whom are as good as advertised, clearly).

But when it comes to the escalating infighting between alleged deep state actors and Trump sycophants over control of the real levers of power in Washington, D.C. – where will Graham’s loyalties lie?

2020 ‘First In The South’ Democratic Presidential Primary: The Oracle Speaks