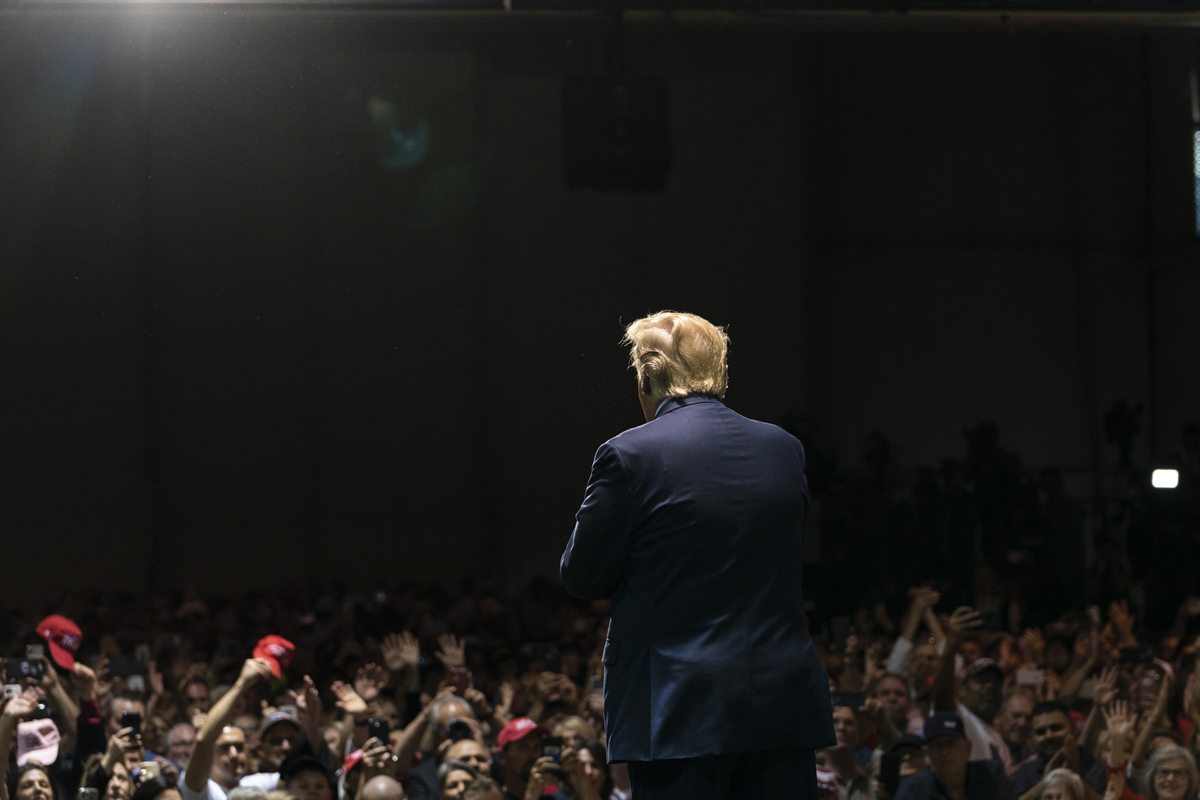 Trump’s 2017 tax cut “failed to cut deep enough, failed to cut in the right places and failed to make corresponding cuts to government,” we noted at the time.

That’s why we called it a “missed opportunity,” and predicted these multiple failures would “necessarily limit its effectiveness in expanding the economy.”

The economy has indeed expanded under Trump, but nowhere near as fast as it could have. And once the “sugar high” of corporate tax cuts and disproportionately big marginal rate cuts for the über-wealthy wore off, there simply wasn’t enough underlying consumer-driven economic expansion to power a real recovery.

As a result, Trump joins former U.S. presidents Barack Obama and Herbert Hoover as the only American chief executives who have failed to preside over at least one year in which the economy expanded at a rate of three percent or higher.

According to the latest report (.pdf) from Trump’s council of economic advisors, the U.S. economy is projected to expand at a 2.4 percent clip this year followed by a 2.3 percent clip in 2021.  Those numbers are obviously well south of Trump’s promised growth rates … and, ironically, are in line with the level of annual economic growth experienced during the Obama years.

To recap: America’s economy hasn’t expanded at a three percent clip since 2005 – and hasn’t eclipsed the four percent threshold since 2000, former U.S. president Bill Clinton’s final year in office. By contrast, U.S. economic growth exceeded five percent in twelve out of thirty years from 1950-1980. And it exceeded four percent in seventeen out of those thirty years.

Trump’s advisors insist “policy changes” can boost growth to 3.1 percent in 2020 and 3 percent in 2021 – citing deregulation, new trade agreements, an infrastructure bill, immigration reform and the extension of the 2017 individual tax cuts as being among the recommended reforms.

And yes, the idea of middle class tax relief is being floated … again.

The problem? All of this talk is political … designed to influence an election.

If Trump couldn’t get middle class tax relief through a Republican-controlled congress, what makes anyone believe he could get it (or any of his other agenda items) through a divided congress?

He can’t … which makes this discussion academic …

Don’t get us wrong: We vastly prefer the presumed trajectory of America’s economy under Trump compared to what it would likely be under any of the leftist/ socialist radicals seeking the 2020 Democratic nomination for president. But that doesn’t mean Trump – who campaigned four years ago on middle class tax cuts and massive spending reductions – is living up to what he promised.

He’s not … and that failure has very real consequences for the millions of middle class Americans (including us) who supported him based on those promises.