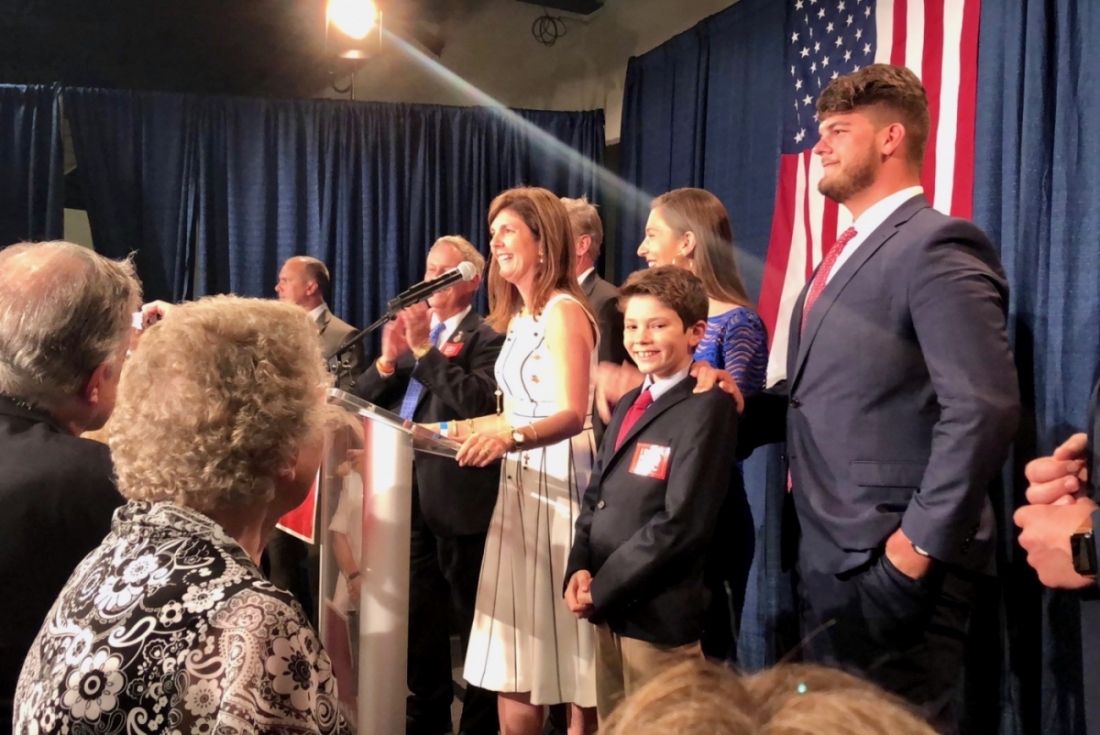 The election of incumbent “Republican” governor Henry McMaster of South Carolina this November isn’t a sure thing … but the scandal-scarred career politician dodged a pair of bullets with his GOP primary and runoff wins last month.

McMaster was dead in the water in late May, but as the gubernatorial campaign hit prime time his top two opponents – Upstate businessman John Warren and Lowcountry labor attorney Catherine Templeton – had to train their fire away from him and onto each other.

A side note to McMaster’s improbable victory?  Pamela Evette, his nominee for the office of lieutenant governor.

Evette didn’t do much for McMaster.  In fact, her only real contribution to his candidacy was chasing a state lawmaker down the street and berating them for endorsing one of the governor’s primary opponents.

Shortly after the votes were counted in the “Republican” runoff election, we began hearing rumors of a possible rift within the McMaster-Evette ticket – which will be memorialized on August 15 when McMaster certifies his selection with the S.C. Election Commission (SCVotes.org).

Specifically, several GOP activists and donors informed us that they received calls from Evette soliciting their support for her 2022 gubernatorial campaign.

McMaster proclaimed his “ten-year reign” before he even became governor … although in fairness during his GOP primary campaign he repeatedly asked voters for “four more years.”  Not eight more years.

Does that mean the 71-year-old – whose health has been called into question in the past – will forego a campaign in 2022 if he survives the general election against James Smith this fall?

Evette clearly thinks McMaster is “out” in 2022 … and according to our sources she has been planning accordingly.

Those plans received a rude interruption this week, though.

According to sources close to the McMaster campaign, Evette was told in no uncertain terms by McMaster campaign manager Scott Farmer – a disciple of uber-liberal U.S. senator Lindsey Graham – that the governor intends to run and seek reelection in 2022.

Do we believe that?

McMaster is the weakest GOP nominee in decades.  A fiscal liberal, he is the definition of the party’s antiquated establishment.  Broad swaths of the state’s “Republican” base oppose him, and our guess is he will continue to struggle to attract independents as well.  Assuming he survives against Smith this fall, he is far from a sure thing to win his party’s nomination in 2022 – especially if the state’s reform movement coalesces around a single, credible, well-funded opponent.

That makes Evette’s rumored machinations understandable … although we can understand McMaster being miffed if he wasn’t made aware of them.

Stay tuned … we will continue to keep tabs on this possible “running mate rift.”

Got something you’d like to say in response to one of our stories? Please feel free to submit your own guest column or letter to the editor via-email HERE. Got a tip for us? CLICK HERE. Got a technical question or a glitch to report? CLICK HERE. Want to support what we’re doing? SUBSCRIBE HERE.
Banner: @PamelaEvette