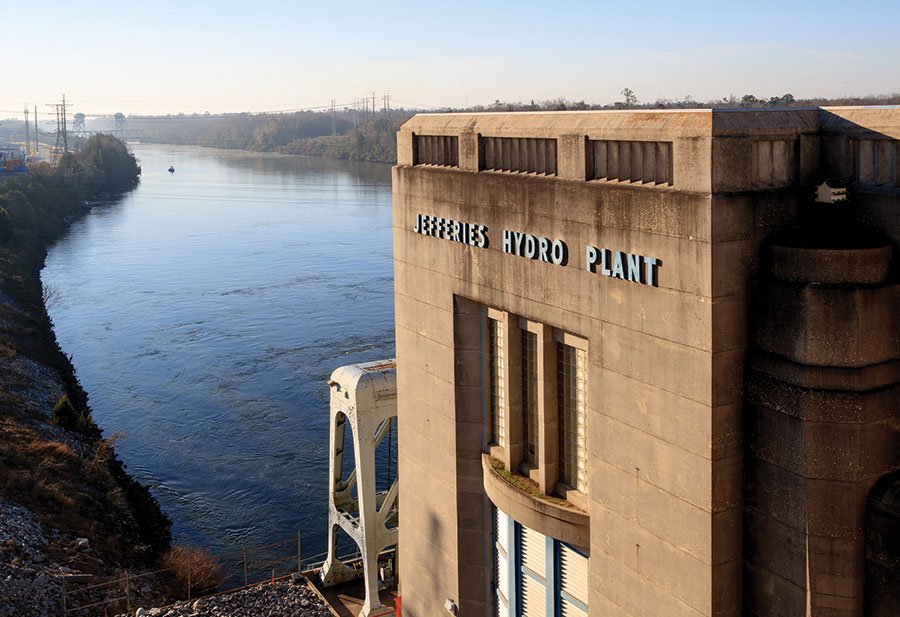 The South Carolina Department of Administration (SCDOA) has received at least four formal bid proposals this month as it contemplates the disposition of the Palmetto State’s struggling government-run utility, Santee Cooper (including the utility’s own “reform” plan). Meanwhile, a fifth option is said to be waiting in the wings in the event South Carolina leaders are unable to reach a determination regarding the toxic asset – which is billions of dollars in debt following its starring role in a spectacularly failed nuclear reactor project.

According to sources familiar with the bidding process – which is shrouded in secrecy and zealously guarded by non-disclosure agreements – purchase proposals for Santee Cooper were submitted by Charlotte, North Carolina-based Duke Energy and Florida-based NextEra Energy. Meanwhile, a proposed management agreement was submitted by Virginia-based Dominion Energy – which recently purchased SCANA (Santee Cooper’s partner in the failed NukeGate project).

The fourth submission? Santee Cooper’s so-called “reform” plan – various fanciful details of which the utility’s executives have been leaking for months in violation of the strict confidentiality rules established by state lawmakers.

Santee has also been working furiously to undercut a possible sale – drawing a sharp rebuke from leaders in the S.C. General Assembly eager to preserve their options. In fact, many suspect Santee is working with the Atlanta, Georgia-based Southern Company in an effort to shut down a potential sale so that it can enter into a long-term deal to buy power generated by Southern’s new nuclear power plant – assuming that project is ever finished.

That could be a smart play …

“As I have said for years, the safest bet in South Carolina is always that nothing will happen,” one veteran Palmetto political observer told us.

None of the companies linked to any of these rumored bids are allowed to comment on them. Nor is it entirely clear whether these were the only bids submitted. However, sources familiar with this ongoing process indicated the response was substantially less “robust” than the level of interest displayed last year during a less formal solicitation of offers.

“A lot of suitors are kicking themselves for not bidding,” one of our sources said.

In addition to the two sale offers and one management proposal, rumors were rampant last week that a fourth private sector bid had been submitted after SCDOA officials reportedly granted a 24-hour extension in the hopes of providing S.C. governor Henry McMaster’s administration with another option to consider.

“I think some pressure may have been put on … for (the) extra 24 hours,” one of our sources said.

Those rural providers, in turn, serve as middlemen to beleaguered ratepayers …

We are hearing conflicting reports regarding this fifth offer, though, and according to our sources McMaster only has four meetings on his schedule related to the SCDOA bidding process. That would certainly seem to indicate the cooperatives did not submit a bid.

So how did we get here? And what happens next?

As for the road that led us to this latest round of bidding, it all flows from NukeGate – a government-funded, ratepayer-subsidized boondoggle that was supposed to produce two next generation nuclear reactors in Jenkinsville, S.C. These two reactors – co-owned by SCANA and Santee Cooper – were supposed to have come online in 2016 and 2017, respectively, at a cost of $9.8 billion.

The money was spent, but the reactors were never finished – and the two utilities couldn’t afford the estimated $10-16 billion price tag necessary to complete them. On July 31, 2017 Santee Cooper pulled the plug on the boondoggle. Shortly thereafter, it was revealed executives at the utilities knew the project was doomed for years and didn’t warn the public.

As a result taxpayers are now out billions – including government debt and “private sector” investment risk that was essentially socialized by South Carolina politicians via the now-notorious 2007 “Base Load Review Act.”

The collapse of the project has sparked a flood of legal disputes … and an ongoing federal investigation.

As for what happens next, McMaster’s administration is responsible for submitting two Santee Cooper-related proposals to the S.C. General Assembly – one involving the outright sale of the utility and another involving its management by a private sector provider (with the state retaining ownership).

Those two proposals are due to lawmakers no later than March 15, 2020 – along with Santee Cooper’s “reform” plan, which at this point is likely to be little more than a continuation of its smoke-and-mirrors machinations.

If Dominion was, in fact, the only entity to submit a management proposal (which would make sense given the economies of scale it can employ following its purchase of SCANA), then McMaster’s only remaining job is to pick which one of the purchase offers he believes to be best.

Stay tuned … we will continue to dig on the bidding process and report back to our readers in the event we are able to uncover any additional information.