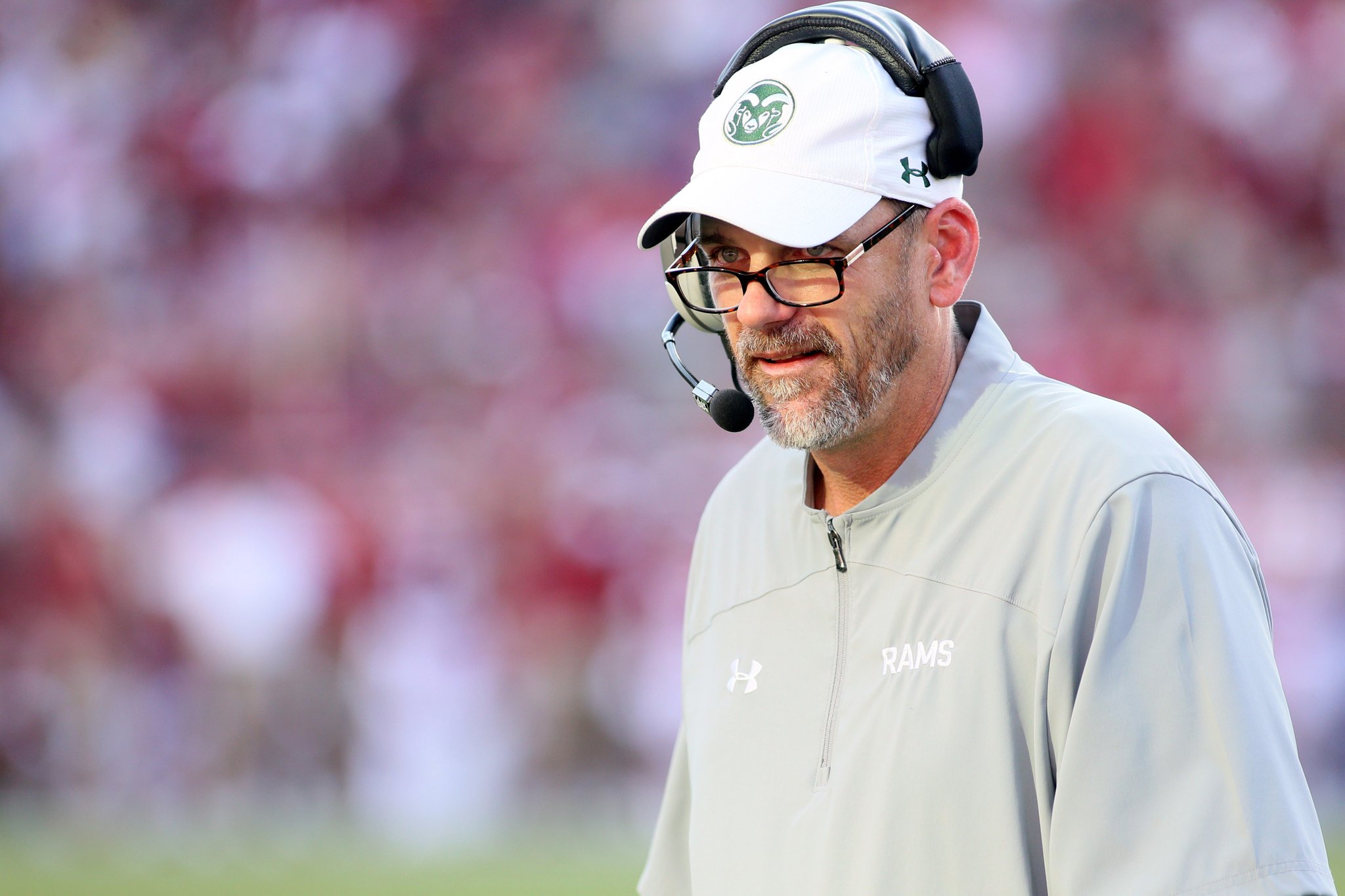 After a disastrous offensive year, the University of South Carolina football program has hired former Colorado State University head coach Mike Bobo as its new offensive coordinator and quarterbacks coach. The move – announced by embattled Gamecock head coach Will Muschamp – was approved this week by the school’s board of trustees, who gave Bobo a two-year deal valued at $1.2 million annually.

That is $200,000 more per year than former coordinator Bryan McClendon made as he drove the Gamecock offense into a ditch in 2019 – resulting in his demotion to wide receivers coach.

McClendon was on the job just two years – replacing former offensive coordinator Kurt Roper after the latter was fired following the 2017 season.

“I’m excited to bring Mike on board,” Muschamp said in a statement. “He is a proven and respected play-caller and quarterbacks coach, who I have faced many times over the years. Over the last 13 years, his offenses have averaged over 31 points and 424 yards per game while converting over 43 percent on third down.”

Third down is a huge point of emphasis for South Carolina. The Gamecocks made good on only 59 of 184 third down attempts this season – an anemic 32.1 percent conversion rate that ranked tenth-worst in the entire nation. As a result, the offense scored only 22.4 points per game (No. 104 nationally) and averaged only 370 yards per game (No. 96 nationally).

The Gamecocks (4-8, 3-5 SEC) saw things completely unravel over the final three games of the season – scoring just one touchdown over their final twelve quarters of play. Ironically, that touchdown came on a fourth down conversion against Appalachian State after a penalty knocked the offense out of field goal range.

Can Bobo turn things around?

The 45-year-old Thomasville, Georgia native posted an uninspiring 28-35 mark in five years in Fort Collins, Colorado after inheriting a program on the upswing from head coach Jim McElwain, the guy who – ironically – was hired to replace Muschamp at the University of Florida in 2014.

Bobo’s Rams went 7-6 in each of his first three years on the job, but slipped to 3-9 and 4-8 in the last two seasons – leading to a mutual parting of ways.

“Unfortunately, the results the last couple of seasons have not been what we wanted,” Bobo said. “I can assure you this was not a reflection of the commitment and hard work that we all put into the program the last five years. Our players and coaches never quit and fought through the final whistle … I am so proud of this entire team and staff for their incredible resolve.”

Prior to his tenure at Colorado State, Bobo spent fourteen years at the University of Georgia – including his final eight seasons as offensive coordinator under former head coach Mark Richt. In that role, he powered some of the Southeastern Conference’s most explosive offenses and coached numerous All-SEC quarterbacks including No. 1 overall NFL pick Matthew Stafford, Aaron Murray and David Greene.

During his playing career at Georgia, Bobo threw for 6,334 yards – third-best in program history.

He will need to produce immediate results at South Carolina, where Muschamp would have been fired this year were in not for the massive buyout clause in his recently renegotiated contract.