South Carolina leaders have received offers from ten companies interested in purchasing debt-addled, scandal-scarred state utility Santee Cooper – one of two power providers caught up in the calamitous #NukeGate debacle that left a pair of next generation nuclear reactors unfinished in Fairfield County, S.C. at a cost of $10 billion.

The other utility involved in this unprecedented command economic debacle – crony capitalist SCANA – was purchased earlier this year by Virginia-based Dominion Energy for roughly $15 billion after a contentious year-long battle.

Will Santee Cooper fetch a similar price?  No.  The abysmally managed state-owned utility is currently carrying roughly $8 billion in debt, and in addition to absorbing all of that red ink any private company interested in buying it would have to forego all of the tax breaks and borrowing advantages Santee Cooper receives by virtue of its status as a government agency.

Nonetheless, a report prepared by Virginia-based consulting firm ICF (and presented to state leaders on Friday) claimed there is a “robust level of interest” in Santee Cooper – although it seems unlikely any of the offers on the table will convince recalcitrant state leaders to make the sale.

This news outlet proposed selling Santee Cooper over a decade ago when it could have netted taxpayers billions of dollars.  Unfortunately, lawmakers didn’t listen to us …

Instead, they allowed the utility to embark on a catastrophically managed nuclear project using billions of dollars in government debt – while simultaneously socializing the investment risk undertaken by the government’s “private sector” partner (SCANA).  The socialization of SCANA’s investment risk was accomplished via the now-notorious “Base Load Review Act,” a piece of special interest legislation approved by the state’s Republican-controlled legislature in 2007.

In the summer of 2017, Santee Cooper pulled the plug on the two reactors at the V.C. Summer nuclear generating station in Jenkinsville, S.C.  This bombshell decision was announced just one week after its politically appointed board proposed the most recent rate hikes related to the #NukeGate project.  Shortly thereafter, the utility gave former leader a multimillion-dollar, taxpayer-subsidized golden parachute – even though documents released in September 2017 showed he and others knew in early 2016 (and perhaps earlier) that the project was doomed.

The utility has also been paying its former CEO’s massive legal bills as the utility stares down the business end of a criminal investigation. 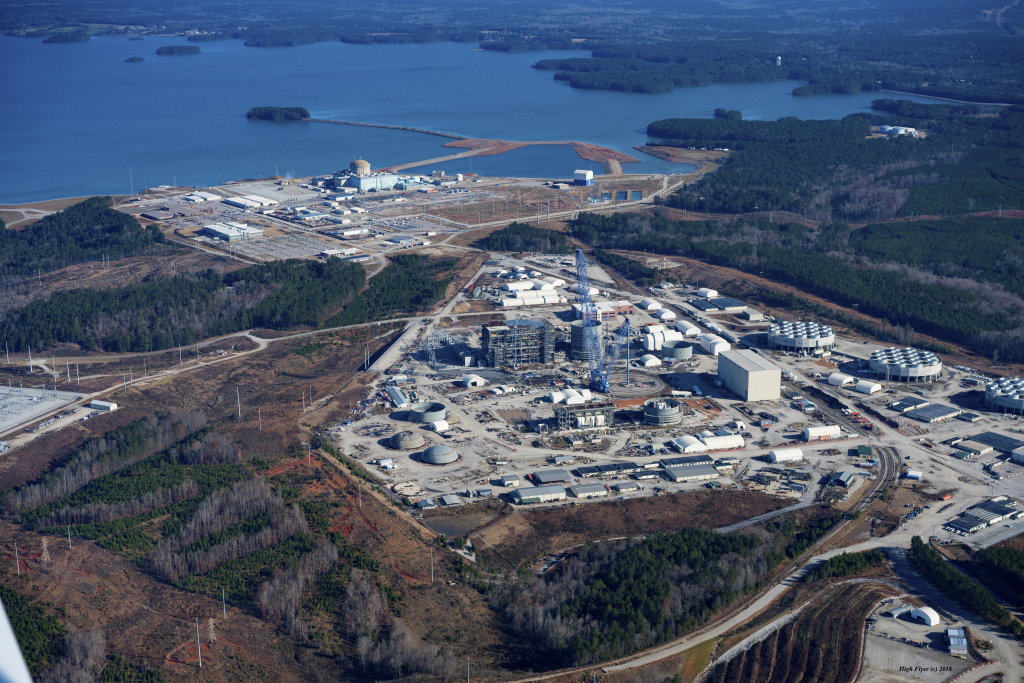 Accordingly, Grooms has vowed to filibuster any legislation that provides for the sale of Santee Cooper.  Late Friday, he responded to the release of the ICF report by telling reporter Avery Wilks of The (Columbia, S.C.) State newspaper that the offers contained therein “would be of questionable value to customers and of no value to the taxpayers of South Carolina.”

Unfortunately, the report does not specify which companies made specific offers, although Pacolet Milliken, the Electric Cooperatives of South Carolina and Charlotte, N.C.-based Duke Energy have all confirmed submitting proposals.  It is also widely believed that Florida-based NextEra Energy is the author of one of the “full purchase” proposals.

“The proposals were provided to ICF in strict confidentiality and details of the individual submissions are not able to be discussed,” the report stated.

The report also fails to provide specifics about each particular offer, although it noted “purchase prices” in a range between “approximately $7.9 billion to $9.2 billion.”

That would be enough to cover Santee Cooper’s debt … but not much else.

Nonetheless, McMaster praised the release of the ICF report and called on lawmakers to take swift action.

“This is a historic moment,” the governor said in a statement. “There is no longer any significant reason to delay action needed to solve the Santee Cooper crisis.  I ask that members of the General Assembly objectively review this report and place the interest of our state’s taxpayers first and those of the naysayers last.”

Of interest?  The ICF report noted that all of the offers submitted for Santee Cooper included lower rates for its residential customers – ranging from a 2 percent reduction to a 14 percent reduction over the next two decades.

The report also noted that “three of four evaluated full purchase proposals make no request to recover the costs” of the abandoned reactors.

However, the report added that none of the proposals “fully resolve two key implementation issues” related to Santee Cooper’s agreement with Central Electric Power Cooperative, which has the ability to bail on its agreement with the state-owned utility in the event it is sold.

Central continuing to purchase power from Santee Cooper is critical to the utility’s survival.

“All proposals indicate willingness to negotiate with Central,” the report noted.

Stay tuned … Santee Cooper’s future remains very much up in the air.