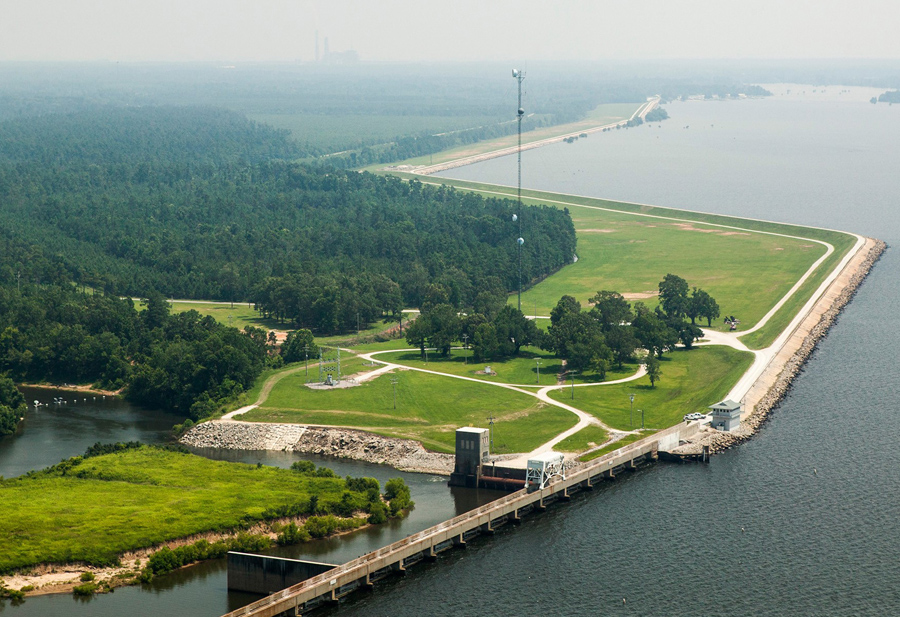 As it launches its so-called “reform” effort, South Carolina’s state-owned, government-run utility Santee Cooper was recently hit with yet another downgrade of its credit rating.

This time it was S&P Global Ratings lowering the boom …

According to an analysis released late last month, Santee Cooper saw its credit rating on the $7 billion worth of debt it is currently carrying downgraded from “A+” to “A.” The utility was also hit with a negative outlook.

S&P’s rationale for the downgrade? Analysts noted “the utility’s ongoing exposure to judicial and political challenges stemming from its $4.5 billion investment in the abandoned V.C. Summer nuclear plant expansion.”

They are referring, of course, to #NukeGate – South Carolina’s spectacularly failed government intervention in the nuclear power industry.

Oh … and “challenges?” That’s putting it quite politely, in our estimation.

The negative outlook reflects our view that despite strong financial metrics, cancelling the V.C. Summer nuclear plant expansion exposes the utility to many uncertainties. These include the political and judicial challenges focusing on Santee Cooper’s continuing ownership of the utility, the composition of its board, and its right to recover from ratepayers the $4.5 billion it invested in the nuclear project. In our opinion, cancelling the V.C. Summer units removes the option of replacing coal generation with nuclear resources as a means of reducing greenhouse gas emissions. We believe a significant reliance on coal exposes the utility to the specter of more stringent regulations governing power plant emissions.

For those of you just tuning in (or waking up from a very long nap), in 2007 state leaders embarked on a catastrophically mismanaged bid to build a pair of next generation nuclear reactors utilizing billions of dollars in government debt – while simultaneously socializing the investment risk of Santee Cooper’s private sector partner, SCANA.

This investment risk socialization ($2 billion and counting) was accomplished via the now-notorious “Base Load Review Act.” This piece of special interest legislation – approved by the state’s Republican-controlled legislature – provided for the project to be paid for in part by consumer rate hikes.

In the summer of 2017, Santee Cooper pulled the plug on these reactors – a bombshell announcement made just one week after its politically appointed board proposed fresh rate increases related to their construction. Shortly thereafter, the utility gave its former leader Lonnie Carter a multimillion-dollar, taxpayer-subsidized golden parachute – even though documents released in September 2017 showed that he and others knew in 2016 (and perhaps earlier) that the project was doomed.

Santee Cooper has been paying Carter’s massive legal bills as it stares down the business end of a criminal investigation – and some believe Carter is going to skate when it comes to being charged in connection with that ongoing inquiry.

We will have to wait and see about that …

Downgrades are nothing new for Santee Cooper, though. Last fall, Fitch lowered its rating by two “notches” and also assigned a “negative outlook” on the utility.

This news outlet has covered Santee Cooper’s increasingly precarious position ad nauseam over the last two years as it continues circling the drain. And Santee Cooper’s latest downgrade comes as state lawmakers – who bear direct responsibility for #NukeGate – are mulling its future. These lawmakers refused to sell the utility over a decade ago when we first proposed doing so – when such a sale would have netted taxpayers billions of dollars.

Now they are stuck with its debt …

As we have outlined in prior posts, there are three general “solutions” to the Santee Cooper problem. First, the utility could be sold to a private sector provider (albeit at a fraction of what it would have netted taxpayers years ago). Second, a private sector provider could manage it (a solution we have reluctantly acknowledged might be the best move at the moment). Third, Santee Cooper could be allowed to continue to operate as a state-owned, state-run entity.

Clearly we believe the third option should be taken off of the table, however lawmakers have historically relied on Santee Cooper as a key cog in their crony capitalist “economic development” schemes. They would no sooner surrender that authority than they would relinquish their corrupt stranglehold over the state’s ostensibly independent judicial branch of government.

As a result, efforts to sell Santee Cooper outright continue to come up short … which is one reason why we have warmed to the notion of a management agreement (i.e. letting the private sector try and restore some value to the asset so it can be unloaded at a later date).

Whichever path lawmakers decide to take, the debate over the future of the utility is expected to dominate the coming legislative year.

Lawmakers have already initiated a secretive process by which they will vote “aye” or “nay” on one sale proposal, one management proposal and one reform proposal (from Santee Cooper). Unfortunately, we have very little faith in the integrity of this process considering these offers are being solicited and evaluated behind closed doors by a politician who is deeply compromised as it relates to this debate.

This is a public asset, and we believe decisions regarding its future must be handled publicly … particularly given the multi-billion dollar consequences of Santee Cooper’s “decade of deception.”

Consequences that continue to manifest themselves with each new ratings downgrade …