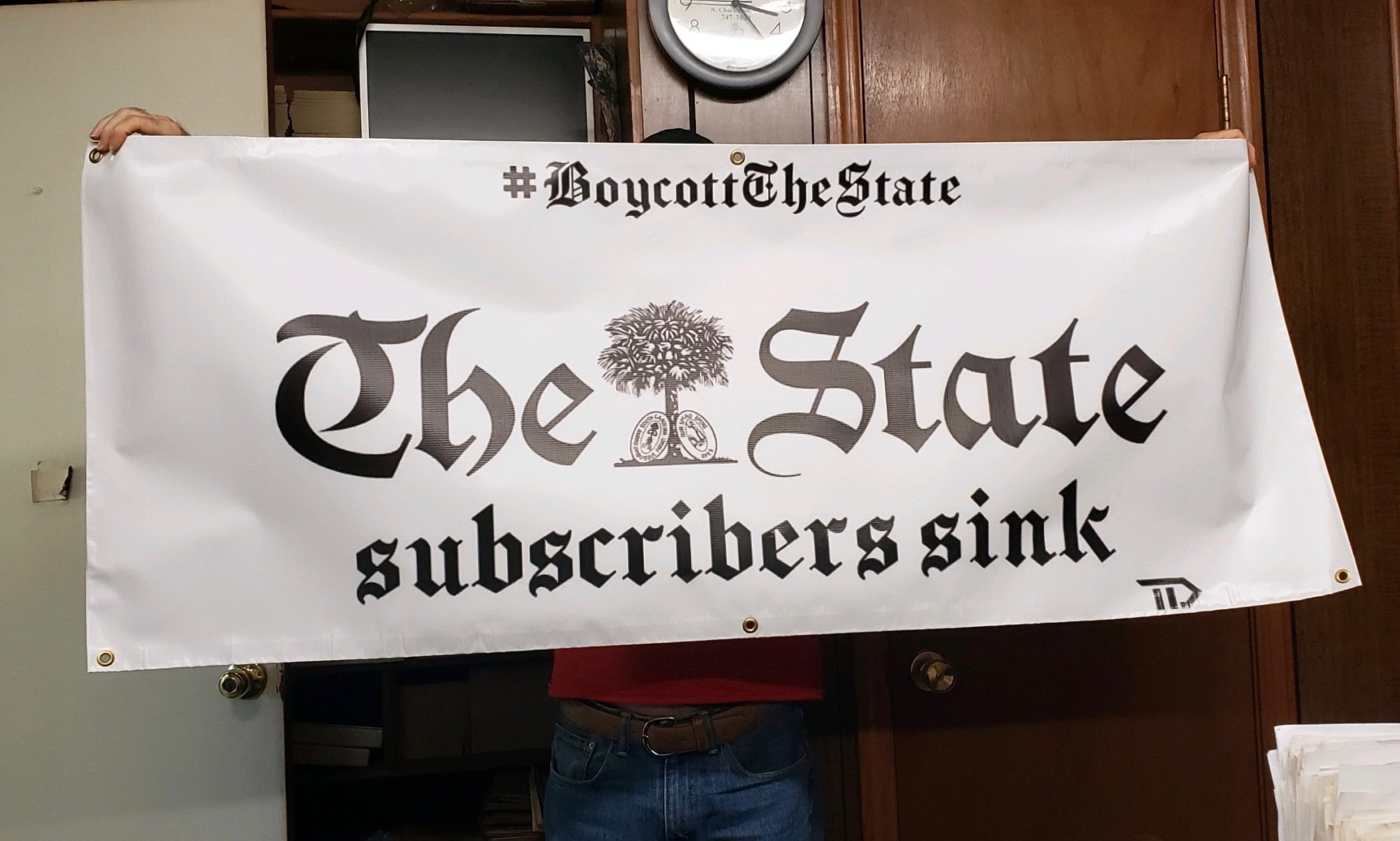 It has been a terrible week for The (Columbia, S.C.) State newspaper. On Sunday morning, the paper royally pissed off its hometown university – along with the school’s athletic fan base – by publishing an insensitive headline regarding one of its student-athletes.

The same day, fiscal conservatives balked at a report from the paper which referred to a ridiculously small tax cut as “unfathomable” given the alleged funding needs of a government that has grown by an astounding $10.3 billion over the past eight years.

As if letting taxpayers have $50 million out of a $30 billion state budget were going to somehow break the bank.

On Monday, reporter Avery Wilks upped the ante when he published the latest in a series of stories that may as well have been written by the public relations department of scandal-scarred government-run utility Santee Cooper.

Wilks’ new piece suggests that Santee Cooper – which is billions of dollars in debt following a spectacularly failed experiment in the nuclear power industry (#NukeGate) – can freeze its retail electricity rates for the next five years and not go under.

Is that true? No.

It is not even close to being true … which is one reason why Santee Cooper has a lawsuit before the S.C. supreme court right now seeking to affirm its right to raise rates on South Carolinians in perpetuity.

Such wishful (deliberately disingenuous?) thinking is consistent with the alternate reality that appears to have enveloped executives at the state-owned utility’s Moncks Corner, S.C. headquarters – a piece of real estate that has landed on the chopping block as state lawmakers mull whether to sell Santee Cooper.

Utility executives have been making bold claims like this for several weeks now … although they have produced nothing resembling documentation for any of them. That apparently doesn’t matter to Wilks, though, who has been peddling the most fantastical of pro-Santee Cooper notions … all of which appear to have been spoon fed to him by utility executives desperate to keep their massive state-provided salaries.

Among the fantastical claims Wilks has regurgitated? The notion that two abandoned nuclear reactors (above) in Jenkinsville, S.C. – a.k.a. the #NukeGate detritus – are going to be completed by Korean investors and brought to operational status.

We wonder: Where is the $16-20 billion necessary to complete this herculean task going to come from?

Wilks has also peddled the narrative that Santee Cooper executives are in the clear as it relates to an ongoing criminal inquiry into #NukeGate – an assessment we find absolutely laughable given what is already widely known about this still-unfolding investigation.

What is driving this pro-Santee Cooper coverage? Why is Wilks so willing to indulge the utility’s obvious fantasies?

Whatever is motivating Wilks’ stories, a quick look under the hood at Santee Cooper’s “reform” plans reveals more of the same smoke and mirrors that precipitated the collapse of #NukeGate.

The utility says it is phasing out coal and investing heavily in solar … yet it doesn’t say how it plans to finance all of the new infrastructure. Similarly, it claims it will increase its reliance on natural gas, but there is currently no pipeline access to make good on such a vow.

Seriously … where are the numbers? What are the details?

Obviously Santee Cooper cannot be taken at its word after it was busted lying about the status of the #NukeGate reactors, right?

“Trust, but verify,” is a famous Russian proverb popularized in this country by former president Ronald Reagan.

When it comes to accepting the claims of Santee Cooper (and the reporters who “cover” it), we would humble suggest adopting an abbreviated version of this proverb.

Another Covid-19 Mask War Is Underway In South Carolina