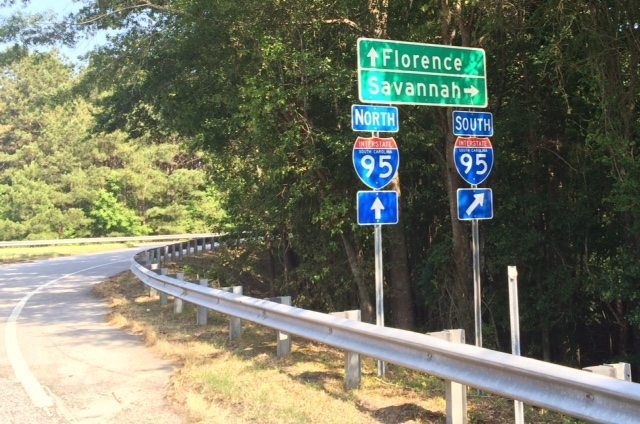 We are not sure whether it was ever a formal edict, but in the years leading up to the passage of a massive gasoline tax hike by South Carolina’s “Republican-controlled” legislature, news articles from the mainstream media reflexively regurgitated a specific, four-word phrase.

Seriously, the use of this phrase was pretty much mandatory in mainstream media “coverage” of the gas tax hike – which took effect on July 1, 2017.

What did the mainstream press conveniently neglect to mention in its reporting, though? The fact that the S.C. Department of Transportation (SCDOT)’s base budget more than doubled over the six years leading up to the gas tax hike (not including the proceeds of a massive borrowing bill approved in the spring of 2016).

Even after the tax hike passed, SCDOT leaders reinforced the “crumbled” narrative.

“We’re dealing with a crumbled infrastructure in our state,” SCDOT director Christy Hall said during a September 2017 visit to Washington, D.C., hailing the gas tax hike as essential to restoring a system in which “less than twenty percent of our pavements were in good condition, we were ten years behind on our widening projects, (there were a) significant number of structurally deficient bridges and we have the highest fatality rate in the nation on our rural roads.”

Were the Palmetto State’s roads really that bad, though?

Not according to a report issued earlier this month by Transportation for America, a Washington, D.C.-based advocacy group that bills itself as “an alliance of elected, business and civic leaders from communities across the country, united to ensure that states and the federal government step up to invest in smart, homegrown, locally-driven transportation solutions.”

In its report, this group argues that “between 2009 and 2017, the percentage of the roads nationwide in poor condition increased from 14 to 20 percent. “

“This is especially concerning given that Congress provided additional federal funding for transportation infrastructure twice over that time period,” the group concluded. “We also benefited from the one-time boost provided by the 2009 American Recovery and Reinvestment Act, which significantly increased the funding available for road repair for several years. Despite these injections of funds, states prioritized new or expanded roads and failed to make a dent in the backlog of roads in poor condition.”

That has been a common (and accurate) refrain of gas tax opponents – namely that poor prioritization has led to unnecessary new infrastructure at a time when repair and maintenance of necessary infrastructure was given short shrift.

Of particular interest? Transportation for America’s report included a ranking of road conditions in all fifty states as of 2017 – the year South Carolina’s gas tax passed.

Ready for a surprise? On this list, South Carolina ranked No. 27 with 18 percent of its public roads in “poor” condition – slightly better than the national average.

Unfortunately (spot the trend), the Palmetto State outpaces its neighbors in North Carolina (13 percent), Florida (8 percent) and Georgia (5 percent) when it comes to the percentage of its roads in “poor” condition.

Our view? Obviously we have reported often in the past on poor highway conditions across the Palmetto State – and the chronic inefficiency of SCDOT in addressing those conditions despite being literally snowed under with new tax dollars. Over the Memorial Day holiday, in fact, we posted an article about another behind schedule, over budget project in Horry County, S.C.

And of course, South Carolina’s interstate highways (especially 26, 85 and 95) are in deplorable shape in many stretches – as we have repeatedly chronicled.

Statewide, though, are things as bad as they seem? Or to put it another way, are things any worse here than they are in most other states?