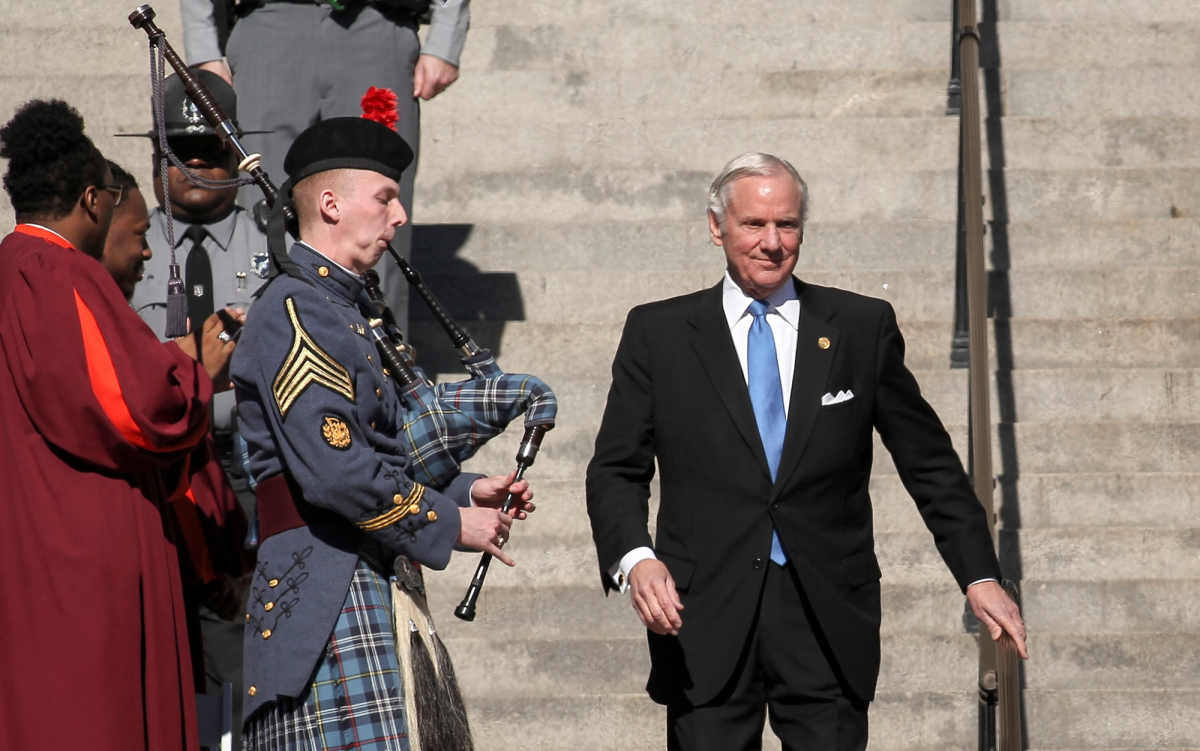 The governor was stunned … speechless.

He paused and took a deep breath –  surveying the room with a shell-shocked expression of incredulity gathering across his face.  Regaining his composure, he reached into his breast pocket and produced his signature white handkerchief, which he unfolded and dabbed against his furrowed forehead several times to address the perspiration accumulating thereupon.

Henry McMaster had just been offered a deal for Santee Cooper – the state of South Carolina’s spectacularly failed, abysmally managed, government-run utility.   Making the proposal?  According to multiple sources familiar with the offer, the deal was presented by James L. Robo – the chairman and chief executive officer of Florida-based NextEra Energy.

According to these sources, Robo had just informed McMaster that he was ready to stroke a check for $8 billion … right then, right there … to assume control of the Palmetto State’s scandal-scarred, debt-addled utility.  Or, if McMaster preferred, the money could be transferred to the state.

“You mean to tell me,” McMaster eventually stammered, “that you can move eight billion dollars today? Without having to ask anybody?”

Robo nodded in the affirmative …

Unfortunately for NextEra, McMaster does have to “ask somebody.”  Specifically, the Palmetto State’s economically challenged chief executive – whose poor grasp of the fundamentals of large economic deals was apparently on full display during the meeting with Robb – needs permission from the S.C. General Assembly to sell Santee Cooper.  Or, in this case, to give it away.

Because after all, if $8 billion winds up being NextEra’s final offer, that would be just enough to cover the utility’s $7.5 billion debt (and the roughly $400 million or so in fees for retiring it ahead of schedule).

It would leave no money on the table – at least not at the moment – for Santee Cooper itself.

Why is Santee Cooper in such dire straits?  #NukeGate …

Along with crony capitalist South Carolina utility SCANA – which was recently purchased for around $15 billion by Virginia-based Dominion Energy – Santee Cooper spent the last eleven years plunging the Palmetto State into a command economic debacle of unprecedented proportion.

With state lawmakers cheering them on (and socializing their investment risk), the two utilities spent $10 billion between 2008-2017 on a pair of next-generation, pressurized water reactors in Fairfield County, S.C. 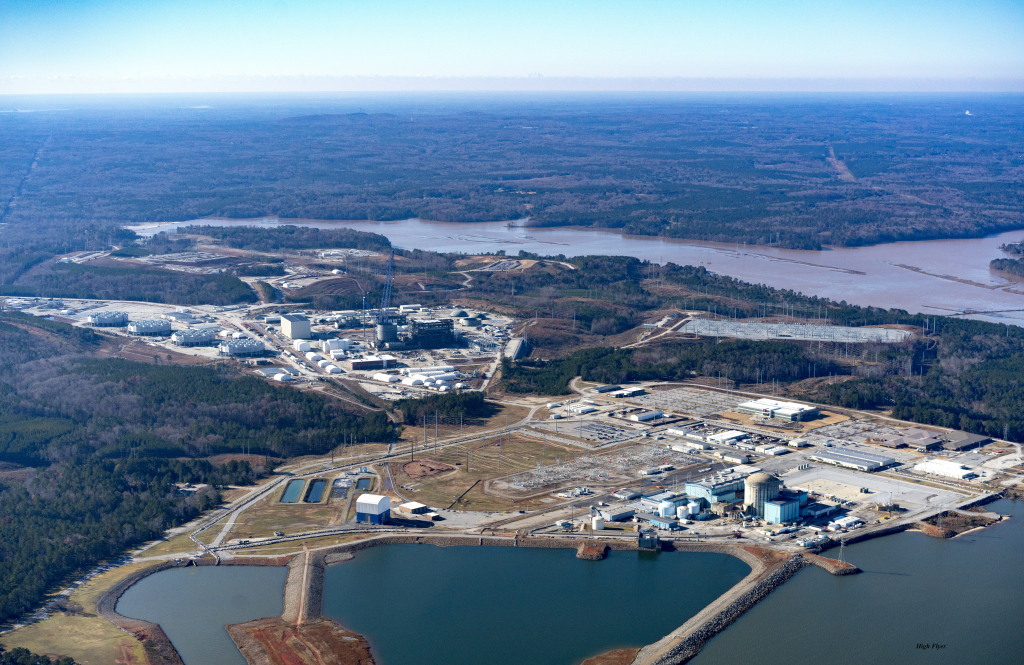 The reactors (above) were supposed to have been operational in 2016 and 2017, respectively, at a cost of $9.8 billion … but they weren’t completed.  As the project imploded, it soon became clear executives at both utilities knew the reactors were doomed – yet continued to request (and receive) rate increases from state regulators regardless.

In fact, Santee Cooper proposed a rate increase related to the project just eight days before pulling the plug on it … forcing SCANA to abandon its plans to try and complete at least one of the two unfinished reactors.  Meanwhile weeks after pulling the plug, the utility gave its disgraced former CEO (who is still billing the state for his legal fees) a $16 million golden parachute.

The collapse of this project has left Palmetto State ratepayers and taxpayers with a $10 billion hole in the ground – spawning ratepayer lawsuits, political intrigue, criminal investigations and a furious debate over how to resolve the unprecedented command economic disaster.

Meanwhile, Santee Cooper has seen its credit downgraded as it struggles to dig its way out of crippling debt.

McMaster has been pushing to sell Santee Cooper on the cheap since the fall of 2017, but finding a buyer has proven problematic.  Proving even more problematic?  Convincing lawmakers – particularly members of the S.C. Senate – to unload the utility.

That difficult task could become even more arduous if proposals to purchase Santee Cooper – which were due to state officials this week – fail to meet legislative expectations.

How would a potential deal for the utility work?

Well, NextEra – and other private suitors – could not own Santee Cooper’s debt.  Instead, a company would have to give the utility the money to pay off the debt (as Robo’s deal envisioned) and then inherit the asset either directly or through some sort of partnership arrangement.

With debt service costs addressed, though, Santee Cooper could conceivably be in a position to lower rates on consumers – instead of hiking them (which it will have to do in the event its debt is not addressed).  In fact, we are told one component of a hypothetical NextEra offer involves rate cuts of anywhere between 4-6 percent – locked in for a period of anywhere between 5-7 years.

That would obviously be significant, sustained relief – assuming NextEra (or another suitor) could pull it off.

Our sources say one way the company might accomplish such sustained rate cuts would be to “retire (Santee Cooper’s) coal-powered plants and move to lower-cost natural gas and solar alternatives.” 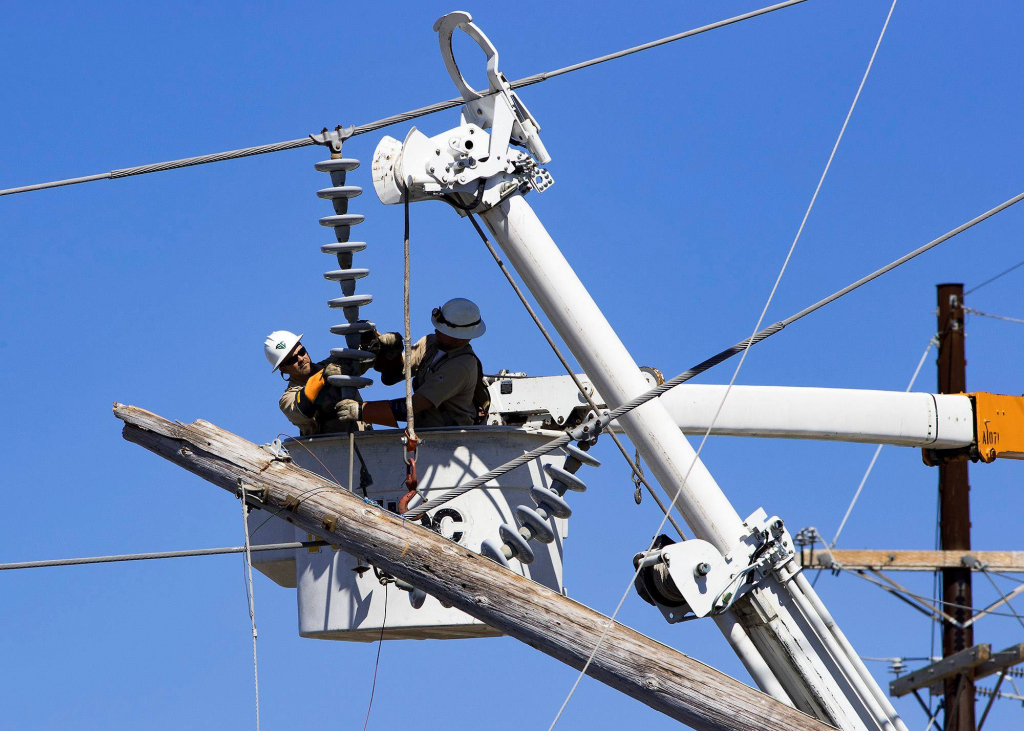 The only problem with that idea?  Santee Cooper’s coal plants are fully depreciated, and new gas and solar facilities would require significant capital investment.  Which requires debt.  Which requires … wait for it, debt service.

Which is what the whole “paying off the debt so we can provide lower rates” was supposed to alleviate … right?

Also … where, exactly, would Santee Cooper get its natural gas from?

Because the last time we checked, Dominion and Charlotte-based Duke Energy (which is also submitting some sort of Santee Cooper bid) had that market cornered in the Palmetto State.

We also believe there will be intense scrutiny on any new debt offerings issued by Santee Cooper in the event a prospective suitor pays off the utility’s existing debt.  Because let’s be honest: That could become a bit of a shell game if the utility issued new debt and then turned around a stroked a multi-billion dollar check right back to Juno Beach, Florida (where NextEra is headquartered).

Or to the headquarters of another private sector suitor …

Which brings us to the next big question: Who would ultimately own the asset in the aftermath of such a debt switcheroo?

The state?  The private suitor?  Perhaps some sort of partnership (maybe a nonprofit involving the state’s electric cooperatives)?

Assuming for the moment all the right fiscal and corporate boxes were checked off, NextEra (or another private sector suitor) would still need to address the politics of a potential Santee Cooper purchase.

As this news outlet has often pointed out, one of the reasons lawmakers don’t want to sell Santee Cooper is that they habitually leverage the utility in their so-called “economic development” schemes.  According to a source familiar with the negotiations, one of the key legislative selling points associated with any hypothetical purchase would be a pledge from NextEra (or another suitor) “not to fire anybody,” although they acknowledged there would likely be a few “early retirements.”

Would such a pledge – and its implication that crony capitalist “economic development” deals would continue under the new ownership – be enough to mollify the staunchest opponents of selling the utility, including fiscally liberal Republican state senator Larry Grooms?

Grooms – who remains an apologist for the failed utility – has vowed to filibuster any proposed sale of Santee Cooper, and as we noted months ago he has the votes to back up this threat.

“I can’t imagine what (prospective suitors) are going to do to try and buy Grooms off,” one source familiar with the negotiations speculated.

So, what should lawmakers do?  Should they give Santee Cooper away (because it looks like that may be the best offer on the table)? Should they retain state ownership and management of this toxic asset?  Or should they enter into some form of management agreement whereby the state retains ownership of the utility but allows a private firm to run its operations?

These are the questions state leaders must answer … and sooner rather than later now that they have actual offers to consider.