A debate is looming between South Carolina governor Henry McMaster and members of the “Republican-controlled” state legislature regarding what to do with Santee Cooper – the catastrophically mismanaged state-owned utility at the heart of the ongoing #NukeGate scandal.

McMaster wants to sell the debt-addled utility for something, anything … immediately.

Meanwhile lawmakers – and a few of McMaster’s 2018 gubernatorial opponents – believe the state should hold onto the asset until it is actually worth something again.

They oppose a “fire sale,” in other words …

Other lawmakers continue to operate under the assumption that state government has a role to play in the power generation industry – meaning they think Santee Cooper should continue to exist as a state agency.

To be clear: This news site has long argued against government intervention in this sector of the economy.  To that end, we proposed selling Santee Cooper nine years ago.  Had lawmakers done as we recommended, such a sale would have netted the taxpayers of South Carolina billions of dollars.

Power-hungry legislators refused to listen, though …

They wanted to keep the utility under their control so they could use it for “economic development” deals aimed at luring crony capitalist companies to the Palmetto State.

How has that strategy paid off?  Terribly.

So … what’s to be done with this asset? 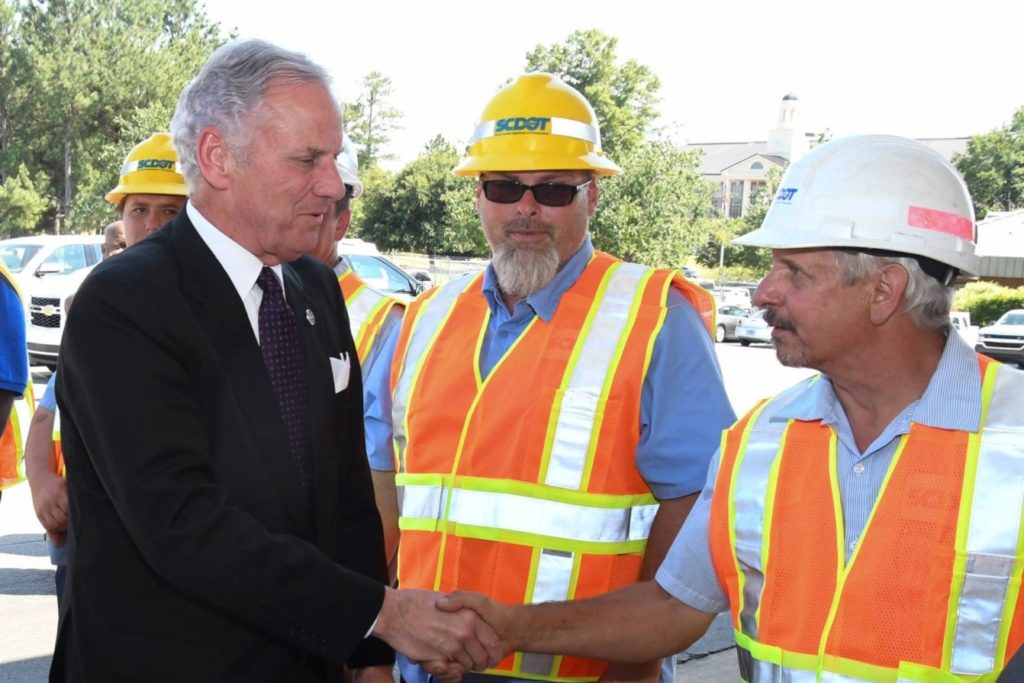 First, let’s quickly recap how we got here …

Santee Cooper and its private sector partner, publicly traded power company SCANA, spent the past decade collaborating on a massive expansion of the V.C. Summer nuclear power station in Jenkinsville, S.C.  This project was supposed to have produced a pair of next-generation AP1000 pressurized water reactors at a cost of $9.8 billion.  The money was spent, but the reactors were never finished.  In fact they’re not even half-finished – with the cost to complete them ranging anywhere from another $9-16 billion.

Documents released recently revealed executives at the two utilities knew over a year-and-a-half ago that the project was doomed – yet continued to raise rates on consumers anyway.  Not surprisingly, the project’s failure has spawned numerous lawsuits and a pair of criminal investigations – one state, one federal.  It has also created potentially career-ending consequences for politicians who approved the projects … as well as for former governor Mark Sanford, who allowed the now-notorious Base Load Review Act to become law without his signature.

Adding to the intrigue, there are serious questions as to the constitutionality of this now-infamous law – which enabled the utilities involved in this project to socialize their investment risk.

The worst part of the saga?  The politicians who bear direct responsibility for getting the state into this multi-billion dollar mess are now in charge of extricating us from it.

Anyone care to wager how that process will play out?

We asked one lawmaker familiar with large-scale transactions like this to offer their perspective on what should be done.

“In an ideal world, we’d partner with a consultant or private equity firm for 5-7 years to clean up the mess and extract maximum value for the taxpayer,” the lawmaker explained.  “However, in 5-7 years there might not be political will to sell it.”

That’s the practical question … what about the underlying philosophical one?

How does this issue square with the debate over the proper role of government in our society?

“I think the question is pretty simple: should government own a utility or not?” the lawmaker told us.  “If you don’t think government can run a utility, why do you say government would be good at fixing a utility in order to sell it?”

That’s the camp we’re in … which we suppose would put us on the same side of this issue as McMaster.  Assuming, anyway, that his proposed “fire sale” does not involve taxpayers assuming any additional risk related to this ongoing disaster.

“Just sell shares,” our source told us, adding “I have no idea whether that would work or not, but it should at least be on the table.”

We agree … everything should be on the table in this situation.

Well, almost everything.  At this point, it should be abundantly clear to all concerned that our state cannot subsidize yet another taxpayer bailout of terrible decisions made by our braindead politicians.

We keep doing that on too many fronts these days …