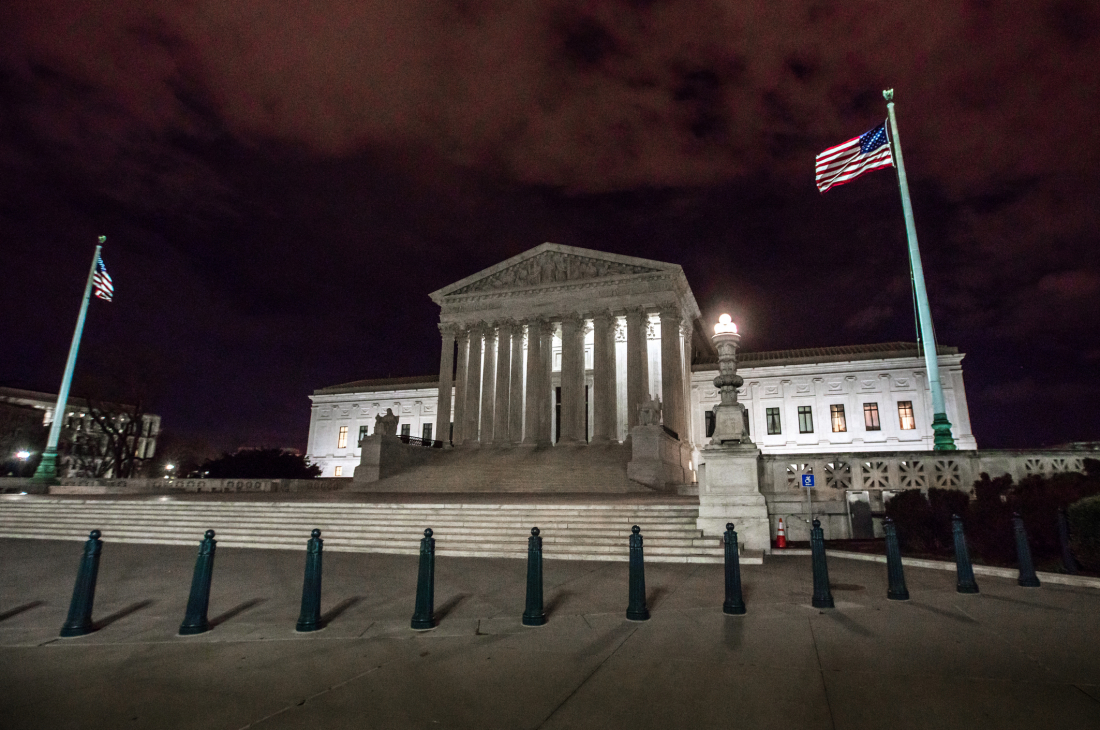 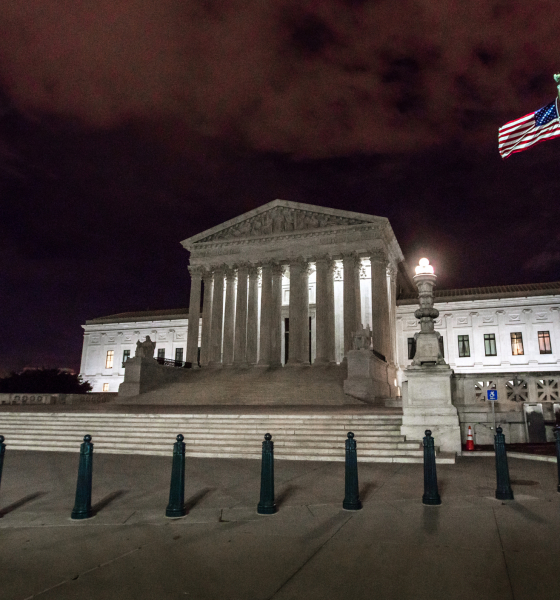 By a 51-49 vote, the U.S. Senate agreed on Friday to end debate over Kavanaugh’s contentious nomination – setting the stage for a dramatic Saturday vote on his confirmation to the high court.  With the exception of senator Lisa Murkowski of Alaska, every Republican in the chamber voted to advance the Kavanaugh confirmation.  And with the exception of senator Joe Manchin of West Virginia, every Democrat in the chamber voted against it.

To be clear: A vote to end debate on the nomination – while probably a pretty good litmus test – is not necessarily a vote to support Kavanaugh.

That tally will be held tomorrow … with its outcome expected to have significant reverberations on next month’s midterm elections.

Senate GOP leaders will have to keep their eye on Murkowski (who looks to be locked in as a “no” vote) as well as left-leaning GOP senators Jeff Flake of Arizona and Susan Collins of Maine, both of whom expressed reservations about Kavanaugh in the wake of eleventh hour allegations of sexual assault being sprung against him by U.S. senator Diane Feinstein of California.

A hastily prepared Federal Bureau of Investigation (FBI) report found these allegations to be lacking in corroboration, although the conclusions of this report have been panned by “progressives” eager to delay a vote on U.S. president Donald Trump’s second pick to the supreme court.

While Republicans have at least three senators to watch out for, Democrats clearly need to keep an eye on Manchin – who is up for reelection next month in a state Trump won by a whopping 42.4 percent over former Democratic presidential nominee Hillary Clinton.

Republicans can afford to lose only one senator if they hope to confirm Kavanaugh.  A second defection would require them to pick up a Democrat – and receive a tie-breaking vote from U.S. vice president Mike Pence.

The confirmation battle over Kavanaugh has been a roller-coaster.  Left-leaning GOP lawmakers appeared to be falling in line last month following the initial sexual assault allegations against Kavanaugh, but the release of several additional allegations recalibrated things – prompting Senate Republicans to press the “pause” button on his confirmation vote.

Momentum appears to be back on Kavanaugh’s side, although his confirmation on Saturday is clearly not a done deal.

As we have previously pointed out, none of the allegations against Kavanuagh have been proven.  Nor have any of them really even been corroborated.  The most specific allegation leveled at him – that he sexually assaulted California professor Christine Blasey Ford at a Maryland party when the two were teenagers back in the early 1980s – has actually been refuted by witnesses.

The willingness of Senate Democrats to go “all in” in an effort to scuttle the Kavanaugh nomination on the basis of such thin evidence could prove to be a major electoral miscalculation – sapping the strength of what was already shaping up as an underwhelming “blue wave” in November’s midterm elections.

Obviously that remains to be seen, though.

The high-stakes drama has also prompted a legitimate debate over whether so-called “progressives” truly believe in the presumption of innocence.

It would certainly appear as though they do not …

This news outlet was not impressed by Trump’s selection of Kavanaugh, calling his choice “uninspiring.”  We urged the president to pick a strong conservative similar to Neil Gorsuch, his first choice for the court who was confirmed last April.

Instead, Trump chose a centrist judge with liberal positions on socialized medicine and abortion as his choice to replace outgoing senior associate justice Anthony Kennedy – long-regarded as a swing vote on the nation’s high court.

Kavanaugh, a 53-year-old Washington, D.C. native, was notable for his role in formulating the legal basis for “enhanced interrogation techniques” employed by the administration of former president George W. Bush in the aftermath of the September 11, 2001 terrorist attacks. 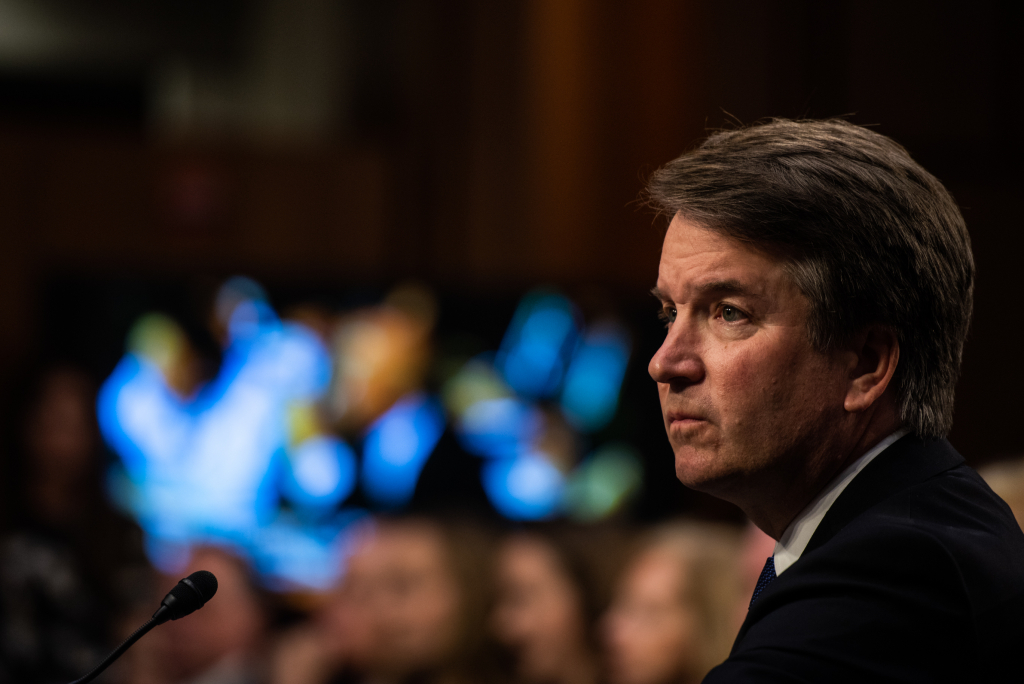 Kavanaugh (above) does have a record of reining in the regulatory state – including glaring excesses at the U.S. Environmental Protection Agency (EPA) under former president Barack Obama.

Of course he is complicit in the biggest government expansion of the Obama era, advancing the legal argument employed by “centrist” chief justice John Roberts in a hated 5-4 majority opinion upholding Obamacare in 2012.

In other words, he’s the guy who defined Obamacare’s insidious individual mandate as a tax.

Kavanaugh did receive passionate support from U.S. senator Lindsey Graham – a left-leaning Republican who signaled prior to Trump’s choice that he would oppose any nominee who didn’t accept the stare decisis (a.k.a. established precedent) of Roe v. Wade, the controversial 1973 decision that legalized abortion on demand in America.

During his confirmation hearing for the D.C. circuit seat in 2006, he vowed to “faithfully and fully” apply Roe v. Wade because it was the “binding precedent of the court.”

“I would follow Roe v. Wade faithfully and fully,” Kavanaugh said during his hearing. “It’s been reaffirmed many times.”

Makes you wonder why liberals are losing their minds over his appointment, doesn’t it?

Given his substantially less-than-conservative ideological moorings, this news outlet has declined to endorse Kavanaugh’s confirmation – although we were impressed with how he stood up for himself in the face of last-minute attacks.  Frankly, we would not mind seeing his nomination defeated – although the way Democrats have handled the allegations against him is beyond contemptible.

Mark Sanford: Staying In The Arena