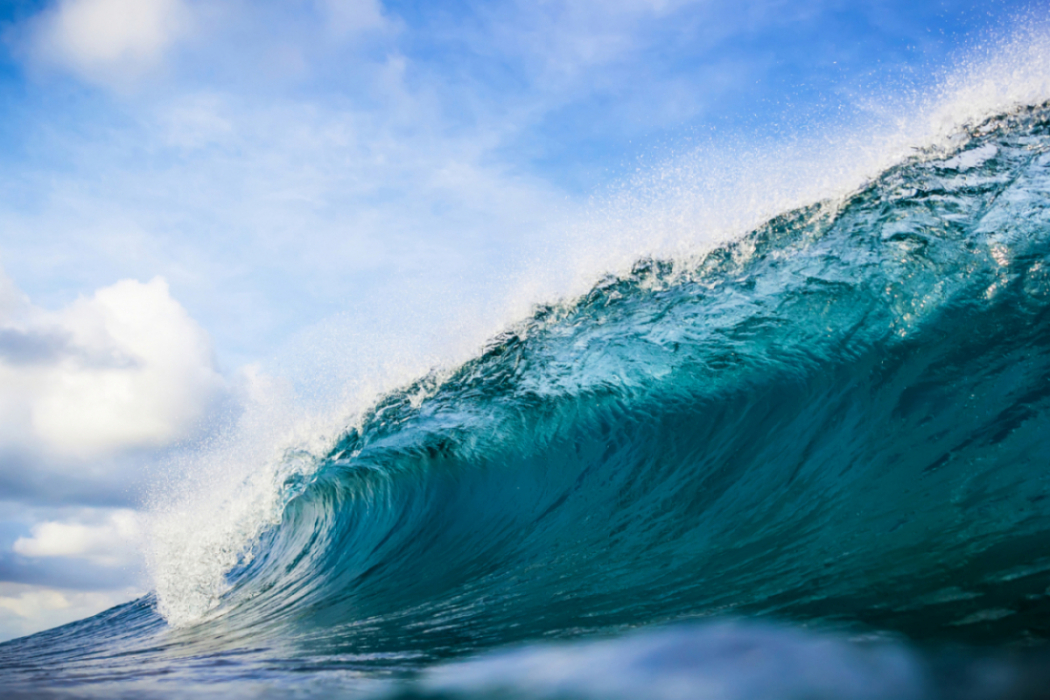 Blue wave?  Red tsunami?  At the moment, it looks like we could be dealing with a wash …

According to the latest polling data from Rasmussen Reports, Democrats lead “Republicans” by only four percentage points on the generic congressional ballot – a litmus test of partisan preference for the upcoming midterm elections.

Rasmussen – one of the only polling firms in America to correctly predict the outcome of the 2016 presidential election – surveyed 2,500 likely voters nationwide between July 29 and August 2.  Of those, 45 percent said they were inclined to vote for the Democratic candidate if congressional elections were held today.  Meanwhile forty-one percent said they would vote “Republican.”

Another four percent said they were supporting “other” candidates while nine percent checked in as undecided.

“Democrats should be doing better than they are at this midpoint,” noted Jen Kerns for The Hill.

Yes, they should … especially considering how they have been endeavoring to churn up this “blue wave” ever since U.S. president Donald Trump took the oath of office last January.

Obviously, polling results from late July/ early August are not instructive for gauging the mood of the electorate come November 6 … which is the only poll that matters.

Momentum can change on a dime … and no one can predict potential paradigm-altering events that may take place between now and then.

Having said that, there are several underlying forces at work which suggest the Democratic bid to retake control of congress is facing stiffer headwinds than originally expected …

This is what most elections boil down to, isn’t it?  And while we contend that economic growth isn’t as strong (or as sustainable) as it should be under Trump, the economy is growing.  Assuming this growth continues, it could swallow much – and perhaps all – of the force associated with any “blue wave.”

If Americans are asked in late October “are you better off today than you were two years ago?”  And the answer to that question is “yes,” then there will be no blue wave.  Period.

Will they answer thusly, though?

Dating back to the very beginning of the tax policy debate last year, this news site argued that “Republicans” weren’t cutting taxes enough – and weren’t targeting tax relief where it was (is) needed most: In the pockets of middle class consumers.  Accordingly, we believe the true stimulative impact of tax “reform” will be missed.

So far, the GOP’s failure to property target tax relief isn’t hurting the party … but that could change on a dime.

This is obviously a politically incorrect term, but let’s face it: There really is no other word to describe what is happening to the ideological left flank of the American political spectrum right now.  Liberals have straight up lost their minds, people … with the activist fringe of the Democratic party pulling its politicians further out of the mainstream with each passing day.

At the top of the “greatest misses,” Democrats badly miscalculated when they endorsed proposals to effectively shut down the enforcement of America’s immigration laws. “Republicans” – eager to put their botched repeal of Obamacare and status quo spending hikes in the rearview – pounced on the opening to differentiate themselves.

Further underscoring this shift, Democrats are nominating socialist candidates for congress – a development which forced tone deaf party leaders like Maxine Waters to declare “the Democratic Party is not a socialist party.”

Really? Could have fooled us.

Here’s the bottom line: At a time when Democrats desperately needed to come up with a platform to attract centrists and independents – many of whom are sick of big government “Republicans” – they went off the deep end in the other direction.

That may help them turn out their base, but we would argue their base was going to turn out against Trump anyway … making this potentially one of the biggest strategic electoral miscalculations in modern American political history.

Part and parcel with the “lib-tardation” theme is Democrats’ ongoing miscalculation regarding the cacophony of partisan noise coming out of our nation’s capital.  Every day, increasingly tribal insiders wage rhetorical war with each other on cable news shows – sparring over the latest developments in D.C. sagas the vast majority of the country simply aren’t following.

And probably couldn’t follow even if they had the time …

Take the “Russian meddling” narrative, for example.  This story – which maintains that Trump’s campaign conspired/ colluded with Russian operatives to rig the 2016 election – has been breathlessly promoted for the better part of a year-and-a-half by liberal activists, corporate media and rabid neoconservative “Republican” politicians like U.S. Senator John McCain.

Why not?  Because outside of the swamp, no one cares.

And unless special prosecutor Robert Mueller has an ace up his sleeve that directly implicates Trump in some kinky/ illegal business, don’t expect that paradigm to change.

Three-and-a-half months ago, Democrats received a kick to the gut when Ipsos released the results of an online survey of more than 16,000 registered voters between the ages of 18 and 34 years old.  You would think this group would overwhelmingly favor Democrats on a generic congressional ballot, but only 46 percent of them did.

That’s down from 55 percent in the same age bracket in the run-up to the 2016 election.

Millennials “increasingly say the Republican Party is a better steward of the economy,” the survey found.  Also while two-thirds of millennials do not like Trump, “their distaste for him does not necessarily extend to all Republicans” nor does it “translate directly into votes for Democratic congressional candidates,” a Reuters recap of the survey noted.

Consider Brandon Straka, a gay Nebraskan who is spearheading the #WalkAway movement – which is aimed at getting social liberals to abandon the Democratic party.

Democrats need to learn that “agree … or else” is not a constructive way to start a dialogue.  Especially not if the vast majority of your ideas are hare-brained.

So … what do you think?  Will there be a blue wave in 2018?  A red tsunami?  Or will the status quo hold?  Vote in our poll and post your thoughts in our comments section below …

Redneck Mudslangin’ In US Senate Race