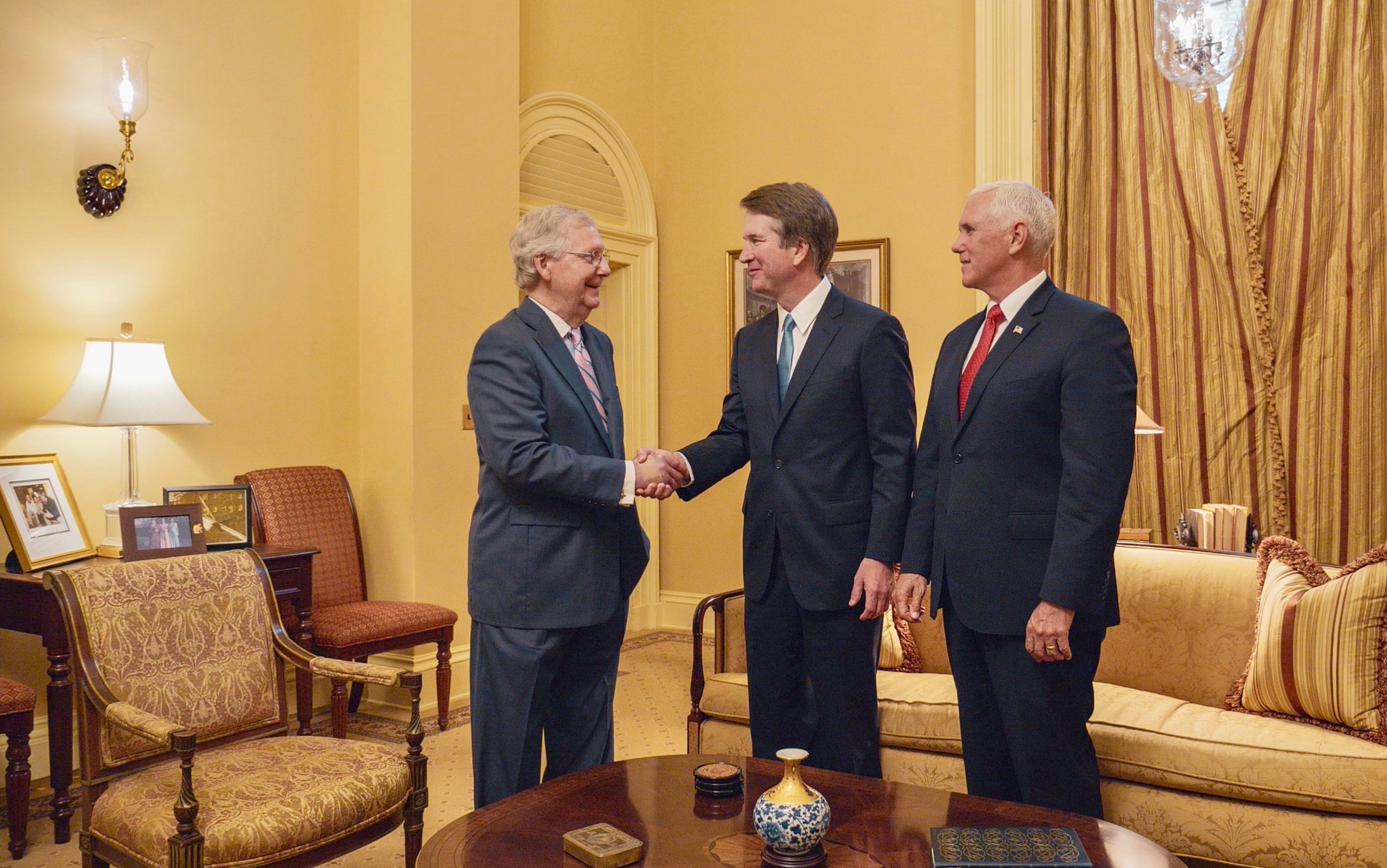 The controversial confirmation of centrist judge Brett Kavanaugh to the U.S. supreme court will be decided at some point this week.

“The time for endless delay and obstruction has come to a close,” McConnell said during a speech on the floor of the Senate. “Mr. President, we’ll be voting this week.”

Will McConnell make good on his vow?  And if so, does he have the votes to confirm Kavanaugh?

We know left-leaning U.S. senator Lindsey Graham – typically the first GOP lawmaker to bolt over to the Democratic side – is all in for the 53-year-old appeals court judge.  Wonders never cease, right?  The same cannot be said, however, of liberal Republican senators Susan Collins of Maine, Jeff Flake of Arizona and Lisa Murkowski of Alaska.

These three senators – all of whom appear to be solidly in the undecided column – are the most likely targets for Democrats, who only need to lock down two GOP votes to defeat Kavanaugh’s nomination and deliver a body blow to the administration of U.S. president Donald Trump.

Left-leaning GOP lawmakers appeared to be falling in line last month following the initial sexual assault allegations against Kavanaugh, but the release of several additional allegations recalibrated things – prompting Senate Republicans to press the “pause” button on the confirmation vote.

Now McConnell (below) appears ready to advance the issue – accusing Democrats of holding the allegations “in reserve” in an effort to derail the nomination and push it past the upcoming elections. 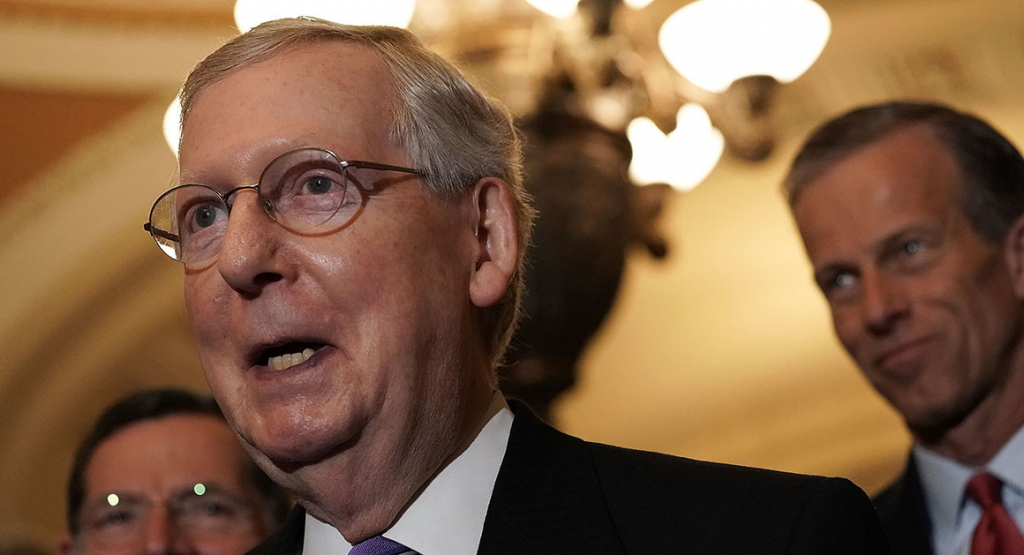 “They just want to delay this matter past the election,” McConnell said.

None of the allegations against Kavanuagh have been proven.  Nor have any of them really even been corroborated.  In fact the most specific allegation leveled at him – that he sexually assaulted California professor Christine Blasey Ford at a Maryland party when the two were teenagers back in the early 1980s – has been refuted by witnesses.

Nonetheless, late last week senators decided to give the Federal Bureau of Investigation (FBI) seven days to conduct an inquiry into the various sexual assault allegations against Kavanaugh – who has steadfastly maintained his innocence throughout this process.

Political strategist and former White House advisor Steve Bannon made clear the Kavanaugh confirmation was a defining moment for the Trump presidency – and could ultimately determine which party winds up controlling the Senate following the upcoming mid-term elections.

He is correct … which is ironic considering Kavanaugh is hardly the sort of nominee Trump’s base voters would have otherwise supported.  Honestly, a smooth confirmation hearing for him probably would have resulted in a lack of enthusiasm among hard core conservatives – perhaps even resentment that Trump didn’t choose another justice like Neil Gorsuch.

Remember, Trump vowed during the 2016 to appoint justices who would overturn Roe v. Wade – the controversial 1973 decision that legalized abortion on demand in America.  During his confirmation hearing for the D.C. circuit seat in 2006, however, Kavanaugh vowed to “faithfully and fully” apply Roe v. Wade because it was the “binding precedent of the court.”

This binding precedent belief, perhaps not coincidentally, is exactly the position Graham staked out as his litmus test for Trump’s second supreme court choice.

Clearly, these are not the sort of positions that would energize conservative voters ahead of a national election, are they?  Of course not … in fact they are positions we cited in panning Kavanaugh back in July when he was first nominated.

We will find out soon whether McConnell’s gambit pays off …