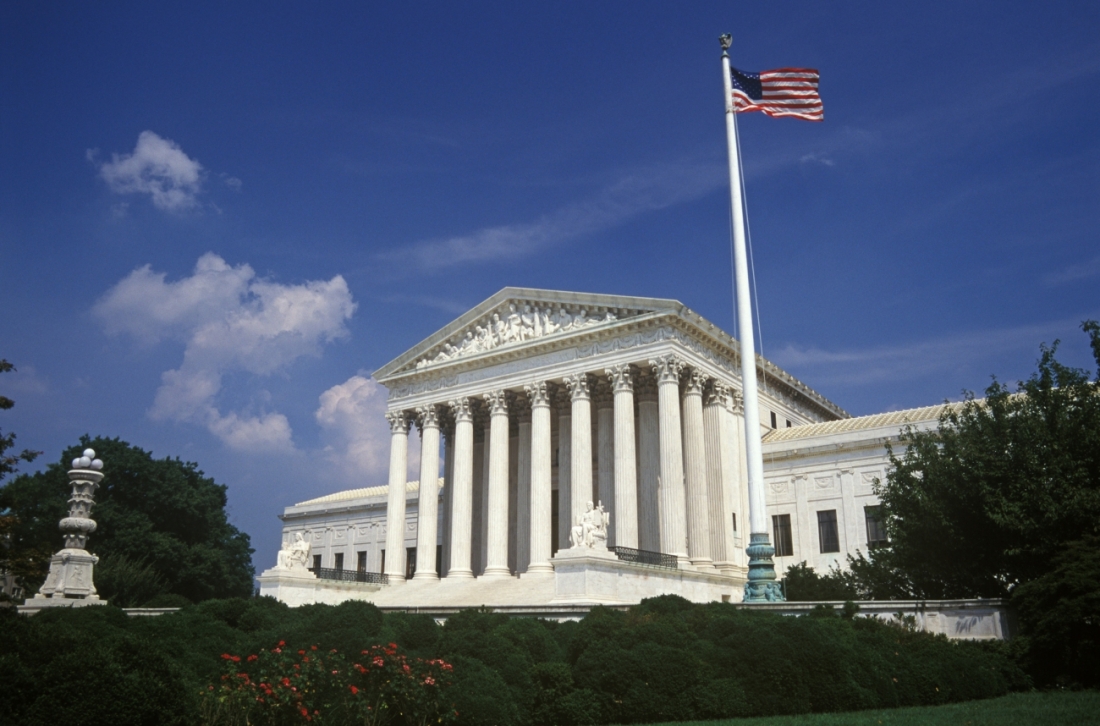 U.S. president Donald Trump nominated centrist judge Brett Kavanaugh as the next associate justice of the U.S. Supreme Court this week – a choice cheered by broad swaths of the Washington, D.C. establishment.

“There is no one in America more qualified for this position and no one more deserving,” Trump said in nominating Kavanaugh.

We urged Trump weeks ago to make the most of his opportunity to replace outgoing senior associate justice Anthony Kennedy – long-regarded as a swing vote on the nation’s high court.

It’s not immediately clear whether he did so …

Kavanaugh, a 53-year-old Washington, D.C. native, used to clerk for Kennedy.  He was also an attorney in the office of former independent counsel Ken Starr.  Currently he serves on the U.S. court of appeals for the D.C. circuit.  He was nominated for this post back in 2003 by former president George W. Bush, but he wasn’t appointed for more than three years as a result of partisan wrangling.  Then, a year after his ascension to the bench, two Democratic U.S. senators accused him of lying to them about his alleged role in formulating the “enhanced interrogation techniques” employed by the Bush administration in the aftermath of the September 11, 2001 terrorist attacks.

For now, though, limited government groups are praising Kavanaugh effusively.

According to Ilya Shapiro of the libertarian-leaning Cato Institute, Kavanaugh is a “strong” pick for the court – one who has “demonstrated a devotion to legal text and constitutional principle.”

“I admire his dedication to the Constitution’s structural protections for liberty, his steadfast defense of the rights of speech and religious conscience, and most notably his willingness to question the excesses of the regulatory state,” Shapiro added.  “He has repeatedly affirmed that judges serve not as the champions of faction, but as the readers of laws and adjudicators of disputes.”

“President Trump has again delivered on his promise to nominate a Supreme Court justice who will interpret the law, uphold the freedoms guaranteed by the Constitution, and refrain from legislating from the bench,” Nascimento. “Judge Kavanaugh will make an exceptional justice, carrying with him excellent qualifications and the judicial restraint worthy of our nation’s highest court. Republicans and Democrats should unite behind Judge Kavanaugh and swiftly confirm him to the Supreme Court.”

“Judge Kavanaugh has a demonstrated record of applying the rule of law rather than legislating from the bench,” Fitton said.  “His record shows Judge Kavanaugh will apply the U.S. Constitution as written and intended by our Founding Fathers.  This nomination is a great victory for constitutional government and a blow to politicized decision-making on the Supreme Court.”

Talk about a love-fest, right?

Richard Manning of the group Americans for Limited Government was more measured in his commentary – referring to Kavanaugh as a “safe” choice.

“President Trump’s decision to nominate Judge Brett Kavanaugh as his choice to succeed Justice Anthony Kennedy is a safe, down the middle of the fairway choice who should be easily confirmed with bi-partisan support,” Manning wrote.  “While the President could have made a bolder choice, Kavanaugh is thoroughly vetted with a decade of D.C. Circuit Court of Appeals decisions behind him.”

We agree with Manning … Trump could have been bolder.  Much bolder.

In fact we are inclined to agree with Matt Lewis of The Daily Beast, who argued that Trump trolled his own base with the selection of Kavanaugh – choosing him after dangling several far bolder picks in their faces.

“If you tell your kids that you’re taking them out for a cheeseburger, they’ll be happy,” Lewis wrote.  “But if you present some other potential options – Dave & Buster’s, pizza and a movie, chocolate cake and a Taylor Swift concert – the burger might not fare so well. Brett Kavanaugh is the cheeseburger you might have liked before you heard about everything else.”

While it is true Kavanaugh has a record of reining in the regulatory state – including glaring excesses at the U.S. Environmental Protection Agency (EPA) under former president Barack Obama – he is far from “impeccable” when it comes to the biggest government expansion of the Obama era.  In fact, it was Kavanaugh who put forward the legal argument employed by “centrist” chief justice John Roberts in the 5-4 majority opinion upholding Obamacare in 2012.

In other words, he’s the guy who defined Obamacare’s insidious individual mandate as a tax.

Kavanaugh is also likely to receive the support of liberal “Republican” U.S. senator Lindsey Graham – who signaled earlier this month that he would oppose any nominee who didn’t accept the stare decisis (a.k.a. established precedent) of Roe v. Wade, the controversial 1973 decision that legalized abortion on demand in America.

During his confirmation hearing for the D.C. circuit seat in 2006, he vowed to “faithfully and fully” apply Roe v. Wade because it was the “binding precedent of the court.”

“I would follow Roe v. Wade faithfully and fully,” Kavanaugh said during his hearing. “It’s been reaffirmed many times.”

So much for Trump’s campaign promise to appoint judges who would overturn Roe v. Wade …

We wonder … did Trump settle on a more moderate justice because he was kneecapped by liberal members of his own party (like Graham)?