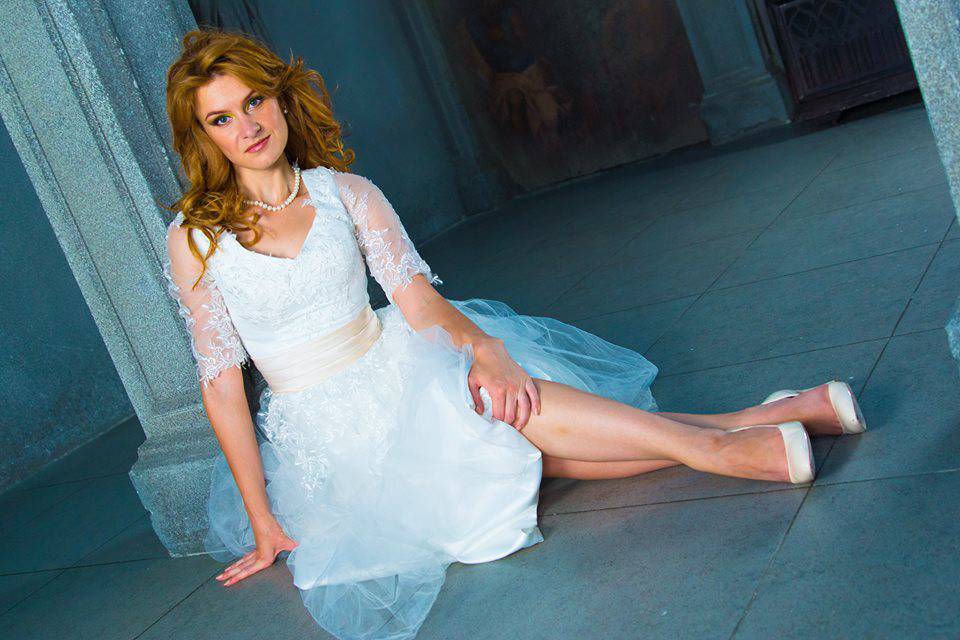 This week’s bombshell story in Washington, D.C. revolves around Mariia Butina (above), a Russian citizen who has been accused by the American government of espionage.

Butina, 29, allegedly engaged in “a years-long conspiracy to work covertly … as an undeclared agent of the Russian Federation in order to advance the interests of her home country.”

Specifically, Butina is accused of founding one pro-Second Amendment group in the United States – and infiltrating other conservative groups – with the goal of exploiting “personal connections with U.S. persons having influence in American politics in an effort to advance the interests of the Russian Federation.”

What sort of “personal connections?”

Sexual ones, of course …

Federal prosecutors allege Butina worked with a Russian politician – believed to be senator Aleksander Torshin – to create “‘back channel’ lines of communication.”

Those lines also allegedly involved Butina trading sexual favors for access – and even “co-habitating” with one of her marks, “conservative” operative Paul Erickson.

Erickson also briefly worked as a media advisor to John Wayne Bobbitt, who famously lost his penis after his wife discovered he was having an affair.

So yeah … his resume is interesting to say the least.

Arrested on Sunday, Butina has been the focus of a federal investigation since at least April – when agents of the Federal Bureau of Investigation (FBI) raided her apartment.

The government wants Butina incarcerated pending trial, claiming she “poses a serious risk of flight based on the nature of the charges, her history of deceptive conduct, the potential sentence she faces, the strong evidence of guilt, her extensive foreign connections, and her lack of any meaningful ties to the United States.”

Butina’s attorney, Robert Driscoll, rebuked the allegation that his client is a spy.  In fact, Driscoll said Butina spent eight hours testifying at a closed door session of the U.S. Senate’s select committee on intelligence recently.

“She intends to defend her rights vigorously and looks forward to clearing her name,” Driscoll said in a statement, adding that his client has been “cooperating with various government entities for months regarding public allegations related to her contacts with various American and Russian individuals.”

How does the Butina scandal fit with the broader “Russian meddling” narrative?

Honestly who knows … and at this point, who cares.

And frankly, it’s getting old …

As we’ve repeatedly stated, we remain unconvinced of the veracity of all these “Russian meddling” claims.  The last time we checked, the real “rigged election” was the 2016 Democratic presidential primary.  And it was rigged by Americans.

“Furthermore, our nation recently participated in a coup d’état in Russia’s back yard – and continues to engage in all manner of assassinations, invasions and propaganda campaigns all over the world (often partnering with some very unsavory sorts in the process),” we wrote recently.  “So listening to our politicians trying to claim some sort of moral high ground when it comes to ‘meddling’ with other countries is … amusing.”

Then there’s the cui bono – “to whom the good” – angle to consider.

At this point, it seems clear to us America’s neoconservative (a.k.a. warmonger) establishment has been pushing for a New Cold War ever since U.S. president Donald Trump was elected – but Trump (correctly) refuses to oblige.  Even when they try to force it on him.

The bloom is obviously off the rose for us as it relates to Trump, but we continue to support his foreign policy vis-à-vis Russia.

Got something you’d like to say in response to one of our stories? Please feel free to submit your own guest column or letter to the editor via-email HERE. Got a tip for us? CLICK HERE. Got a technical question or a glitch to report? CLICK HERE. Want to support what we’re doing? SUBSCRIBE HERE.
Banner: Mariia Butina