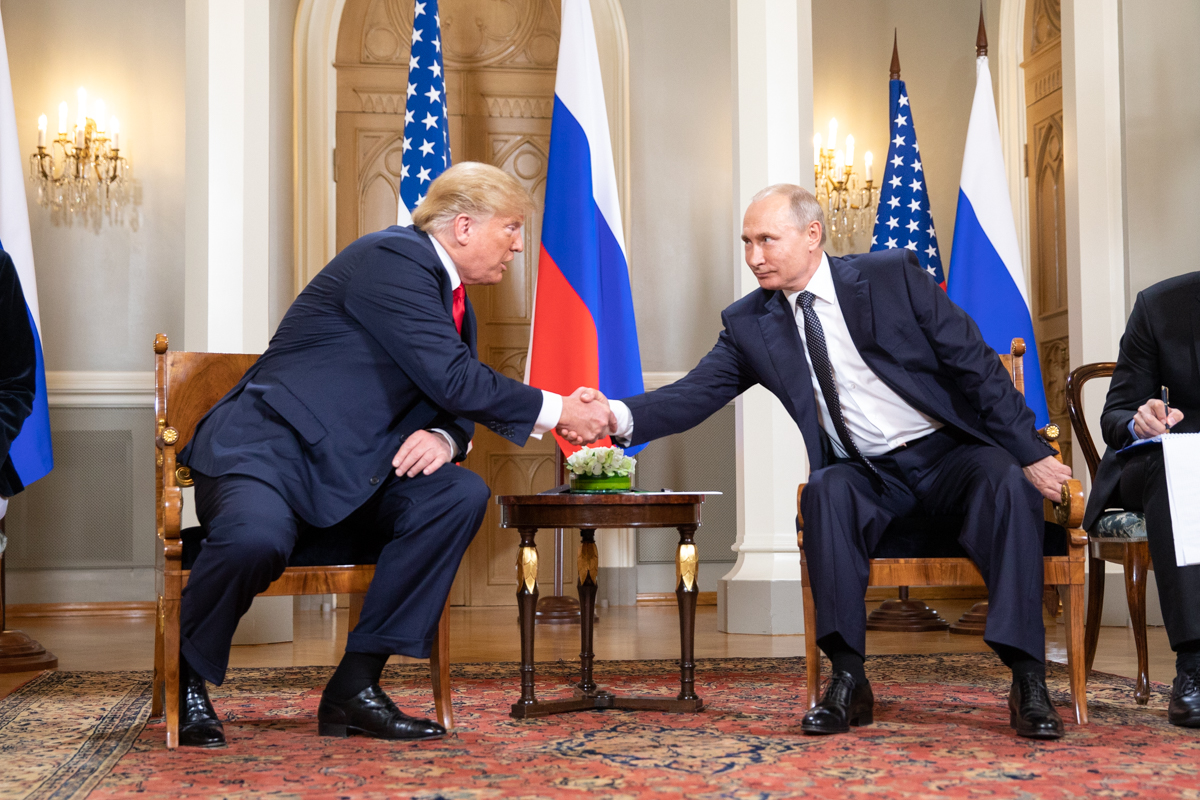 While U.S. president Donald Trump was being excoriated by the neoconservative establishment in Washington, D.C. as “treasonous” for appearing at a press conference with Russian president Vladimir Putin, the latter was dropping a major bombshell related to “Russian meddling” in the 2016 presidential election.

According to Putin, $400 million worth of “illegally earned profits” was funneled to the campaign of Democratic presidential nominee Hillary Clinton by associates of American-born British financier Bill Browder – an investor who was blacklisted by Putin in 2005.

(This news site actually interviewed Browder seven months ago for this story).

Additionally, Putin claimed members of the American intelligence community – who were in the tank for Clinton’s 2016 campaign – “accompanied and guided these transactions.”

Browder’s name was brought up in the context of an offer made by Putin to Trump related to the ongoing U.S. investigation into alleged Russian meddling in the 2016 election. The offer was extended during Trump and Putin’s first summit meeting – held Monday in Helsinki, Finland.

According to Putin, he would be willing to allow special counsel Robert Mueller’s investigators to travel to Moscow and question the twelve Russian intelligence agents Mueller indicted last week – so long as the arrangement was “reciprocal.”

“For instance, we can bring up Mr. Browder,” Putin said.  “In this particular case, business associates of Mr. Browder have earned over $1.5 billion in Russia and never paid any taxes neither in Russia or the United States and yet the money escaped the country.  They were transferred to the United States. They sent (a) huge amount of money – $400 million – as a contribution to the campaign of Hillary Clinton. Well that’s their personal case.”

Putin said the contributions “might have been legal … but the way the money was earned was illegal.”

“So we have solid reason to believe that some (American) intelligence officers accompanied and guided these transactions,” he said.  “So we have an interest in questioning them.”

According to Browder, the allegation from the Russian president was validation that he has “hit the Achilles’ heel of the Putin regime.”

Trump referred to Putin’s proposal as “an incredible offer.”

While the two leaders were sharing the stage in Finland, neoconservatives (a.k.a. warmongers) in Washington were foaming at the mouth over Trump’s summit.

Another warmonger – U.S. senator John McCain of Arizona – called Trump’s appearance in Helsinki “one of the most disgraceful performances by an American president in memory.”

“President Trump proved not only unable, but unwilling to stand up to Putin,” McCain added.  “He and Putin seemed to be speaking from the same script as the president made a conscious choice to defend a tyrant against the fair questions of a free press, and to grant Putin an uncontested platform to spew propaganda and lies to the world.”

Lies to the world?

Um … you mean like the lies America’s neocons spew?

As we noted last week, we remain unconvinced of the veracity of the “Russian meddling” claims.  The last time we checked, the real “rigged election” was the 2016 Democratic presidential primary.  And it was rigged by Americans.

Furthermore, our nation recently participated in a coup d’état in Russia’s back yard – and continues to engage in all manner of assassinations, invasions and propaganda campaigns all over the world (often partnering with some very unsavory sorts in the process).

So listening to our politicians trying to claim some sort of moral high ground when it comes to “meddling” with other countries is … amusing.

Of course we’ve never said Russian interests didn’t meddle in the 2016 presidential election.  As we noted back in February, “they probably did.”

So far, however, there is no credible evidence that any of this meddling impacted the outcome of the race – or that any Americans were involved in it.  In the event such evidence is unearthed we would be more than happy to consider it, but at this moment the whole #TrumpRussia narrative seems like a case study in #FakeNews.

And we say that having soured on Trump some time ago …