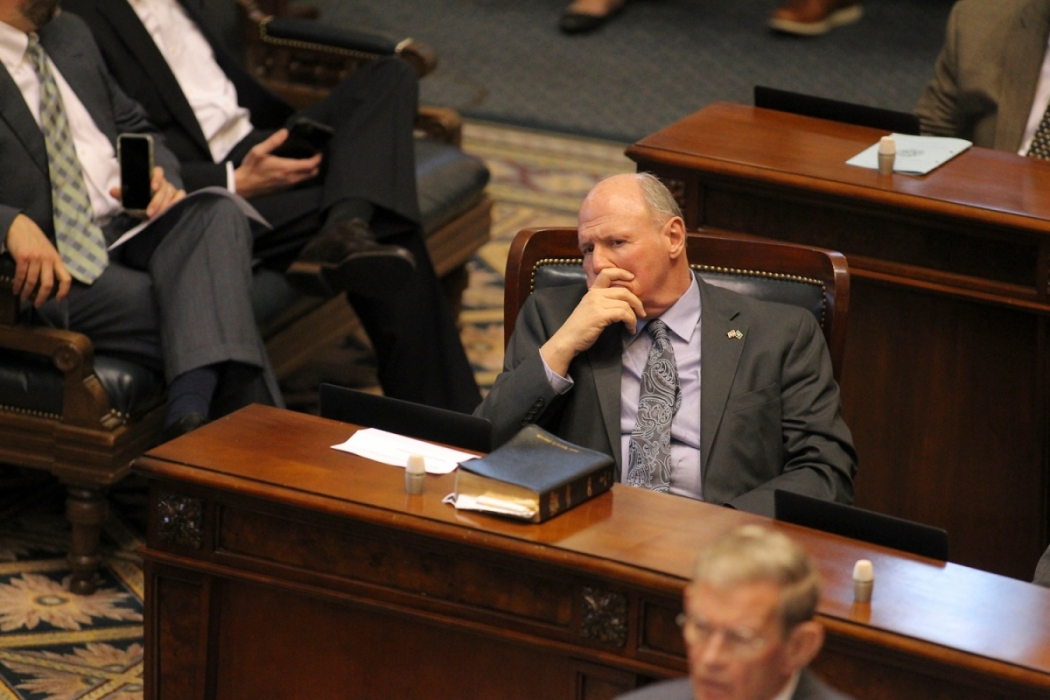 In a stunning rebuke of an incumbent governor (and of a newly minted “Republican” gubernatorial nominee), the South Carolina Senate refused to hold a vote last week on the nomination of former attorney general Charlie Condon as the next board chairman of imperiled government-run utility Santee Cooper.

The Senate’s decision (or lack thereof0 effectively kills Condon’s nomination … but more importantly, it highlights the political weakness of governor Henry McMaster, who had to repeatedly rely on U.S. president Donald Trump to salvage (barely) his disastrous 2018 gubernatorial candidacy.

McMaster managed to survive a runoff election last week against Upstate businessman John Warren, but lawmakers clearly (and correctly) do not perceive him as being in possession of a mandate from GOP voters.

Hence their rebuke of his appointment of Condon …

Moreover, the failed nomination also signals the waning influence of liberal “Republican” senator Luke Rankin – a McMaster backer whose judiciary committee couldn’t even schedule a vote on Condon’s nomination.  According to our sources, Rankin “wanted to spare McMaster and Condon the embarrassment” of losing a vote at the committee level.

In the process, though, he is unable to spare himself the embarrassment of being unable to move enough members of his committee to support the governor’s nominee.

Condon, 64, preceded McMaster as attorney general of South Carolina (serving from 1995 to 2003).  After leaving office, he ran unsuccessfully for governor of South Carolina and later for the U.S. Senate.  He and McMaster are both linked to the political consulting empire of Richard Quinn, whose firm has been at the heart of a multi-year investigation into corruption in state government.

Quinn appears to have emerged unscathed from #ProbeGate, however.

Back in March, McMaster claimed Condon would “usher in a new era of accountability at Santee Cooper that South Carolinians deserve.”

We didn’t buy that claim, however we do believe in the authority of governors to appoint positions within the executive branch – meaning we would not have actively opposed Condon’s nomination (or criticized any senator voting in support of it).

“Assuming he survives his confirmation, we’re certainly willing to give Condon the benefit of the doubt,” we wrote at the time, although we did refer to the appointment as a “tone-deaf” move on the part of McMaster.

Ultimately, Condon should probably thank lawmakers for (literally) not giving his nomination the time of day.

Santee Cooper is drowning in debt, people … and on the verge of a spectacular implosion related to #NukeGate, the Palmetto State’s spectacularly failed command economic intervention in the energy industry.  It is also at the center of a massive federal investigation over the lies it told while running up its massive debt.

“Santee Cooper has been habitually dishonest with the public regarding the status of this project,” we wrote earlier this month in our most recent deep dive on the troubled utility.

Specifically, we uncovered construction schedules and cost estimates included in Santee Cooper bond documents that directly conflict with the findings of a 2016 report on the status of the nuclear expansion project.

This government-run utility – which we proposed selling at a tidy profit over a decade ago – also tried to raise rates on customers for its botched nuclear project just one week before pulling the plug on the multi-billion dollar failure.  It then gave its disgraced former CEO a $16 million golden parachute.