South Carolina governor Henry McMaster named one of his political cronies as the next board chairman of Santee Cooper – the Palmetto State’s scandal-ravaged state-owned electric utility.

McMaster announced the appointment of former S.C. attorney general Charlie Condon on Wednesday – a move that’s likely to spark an especially caustic battle over the future of this government run albatross.

If his nomination is approved, Condon would serve through May – although McMaster made it clear he wants Condon reappointed at that time to a full seven-year term.

Condon, 64, preceded McMaster as attorney general.  After leaving office, he ran unsuccessfully for governor of South Carolina and for the U.S. Senate.  He and McMaster are both linked to the political consulting empire of Richard Quinn, whose firm has been at the heart of a multi-year investigation into corruption in state government.

Quinn appears to have emerged unscathed from #ProbeGate, however.  And Condon’s appointment certainly seems to be a sign that McMaster is unconcerned with proximity issues related to that investigation.

What experience does Condon – a Mount Pleasant, S.C. attorney – have running a utility?

Not surprisingly, Condon’s selection was panned.

“Recycle politicians much?” one of McMaster’s opponents for the 2018 GOP gubernatorial nomination told us. 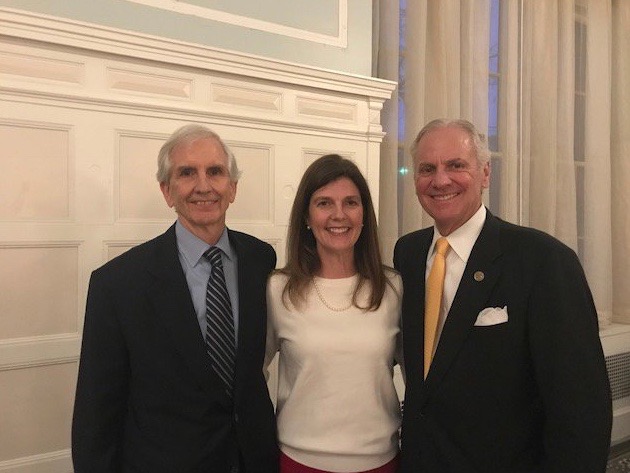 Politicians appointing their cronies to manage tasks that government has absolutely no business performing is one of the reasons South Carolina continues to lag behind the rest of the nation in so many critical economic metrics.

Seriously: What business does state government have running a utility?

In fact government intervention in this industry has turned into a multi-billion dollar debacle for South Carolina citizens.

Santee Cooper is at the heart of #NukeGate – a spectacularly failed attempt to socialize the construction of a pair of next-generation nuclear reactors in Fairfield County, S.C.

With state lawmakers and regulators cheering them on, the utility and its crony capitalist partner SCANA spent $10 billion (including $2 billion taken directly from ratepayers) on these reactors – which were supposed to have been operational in 2016 at a cost of $9 billion.

Guess what: The reactors are not even half-finished – with the cost to complete them reportedly ranging from anywhere between $9-16 billion.

Drowning in debt, Santee Cooper pulled the plug on the project seven months ago – killing an estimated 5,600 jobs, squandering billions of dollars in investment and throwing the state’s energy future into chaos.

This news site proposed selling Santee Cooper a decade ago – back when such a move would have brought billions of dollars to the state.

McMaster – whose office is in the midst of negotiating a fire sale of Santee Cooper – claims Condon will “usher in a new era of accountability at Santee Cooper that South Carolinians deserve.”

We find that statement laughable …

Assuming he survives his confirmation, we’re certainly willing to give Condon the benefit of the doubt … but this move strikes us as yet another tone-deaf display on McMaster’s part.

Got something you’d like to say in response to one of our stories? Please feel free to submit your own guest column or letter to the editor via-email HERE. Got a tip for us? CLICK HERE. Got a technical question or a glitch to report? CLICK HERE. Want to support what we’re doing? SUBSCRIBE HERE.
Banner: S.C. Governor.