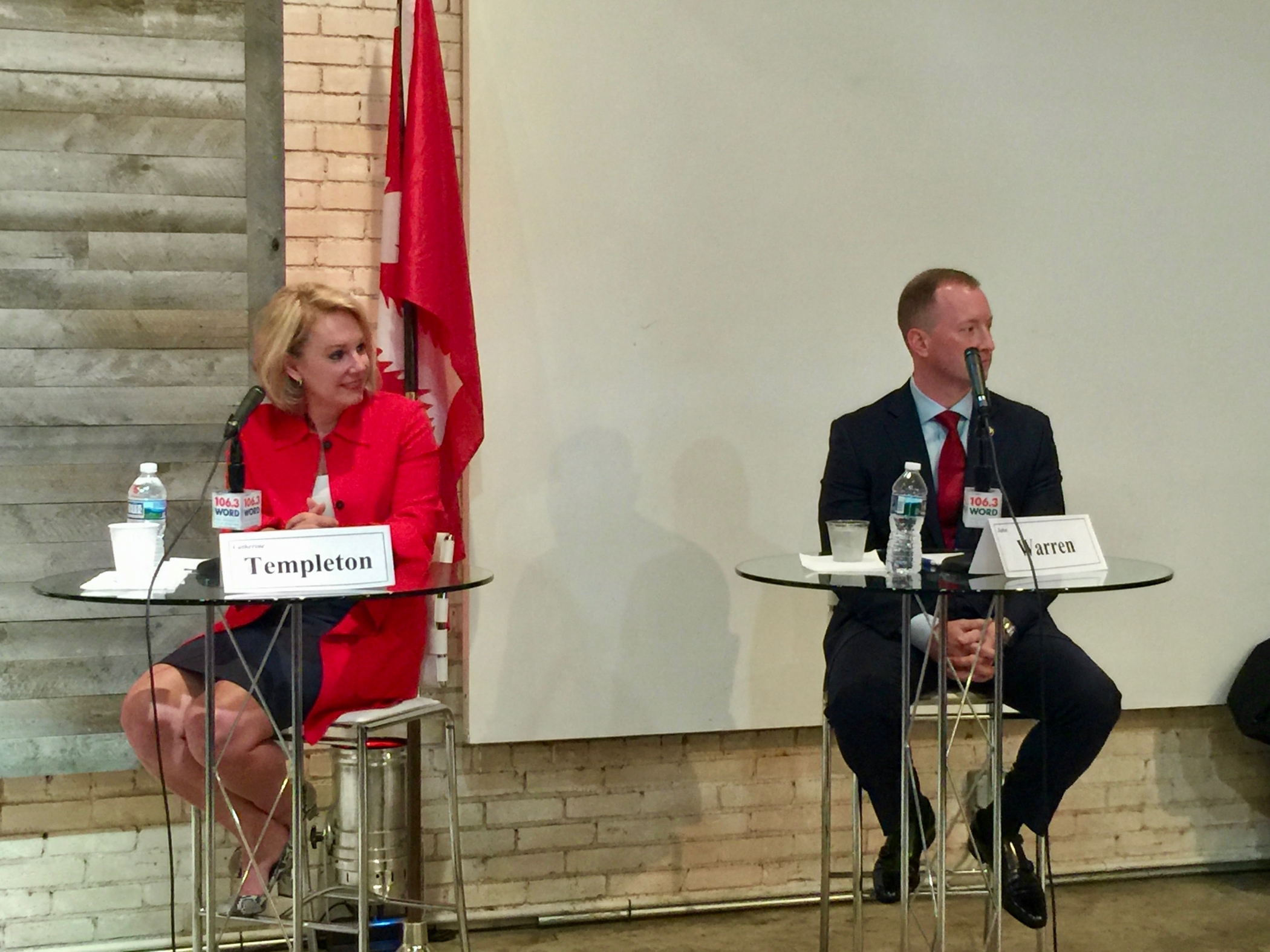 Feeling his hometown advantage, GOP gubernatorial candidate John Warren decisively won a straw poll in Greenville, South Carolina on Monday night as four of the five candidates for governor of South Carolina gathered in front of an audience of limited government supporters.

“It is critical that we elect someone who votes for conservatives, someone who is a conservative,” Warren told the crowd, echoing his pledge to defeat state lawmakers who oppose his agenda.

Absent from the Greenville Tea Party forum?  Incumbent “Republican” Henry McMaster – whose repeated no-shows at campaign events in recent weeks have begun drawing scrutiny from the media (while earning him the nickname “Hiding Henry”).

Of course McMaster wasn’t entirely absent from the proceedings.  Event organizers included a cutout of the 71-year-old career politician on stage.  Meanwhile lieutenant governor Kevin Bryant (who finished second in the straw poll) adorned the cutout with a familiar image of McMaster being surrounded by several members of his former network (the embattled political consulting firm run of Richard Quinn). 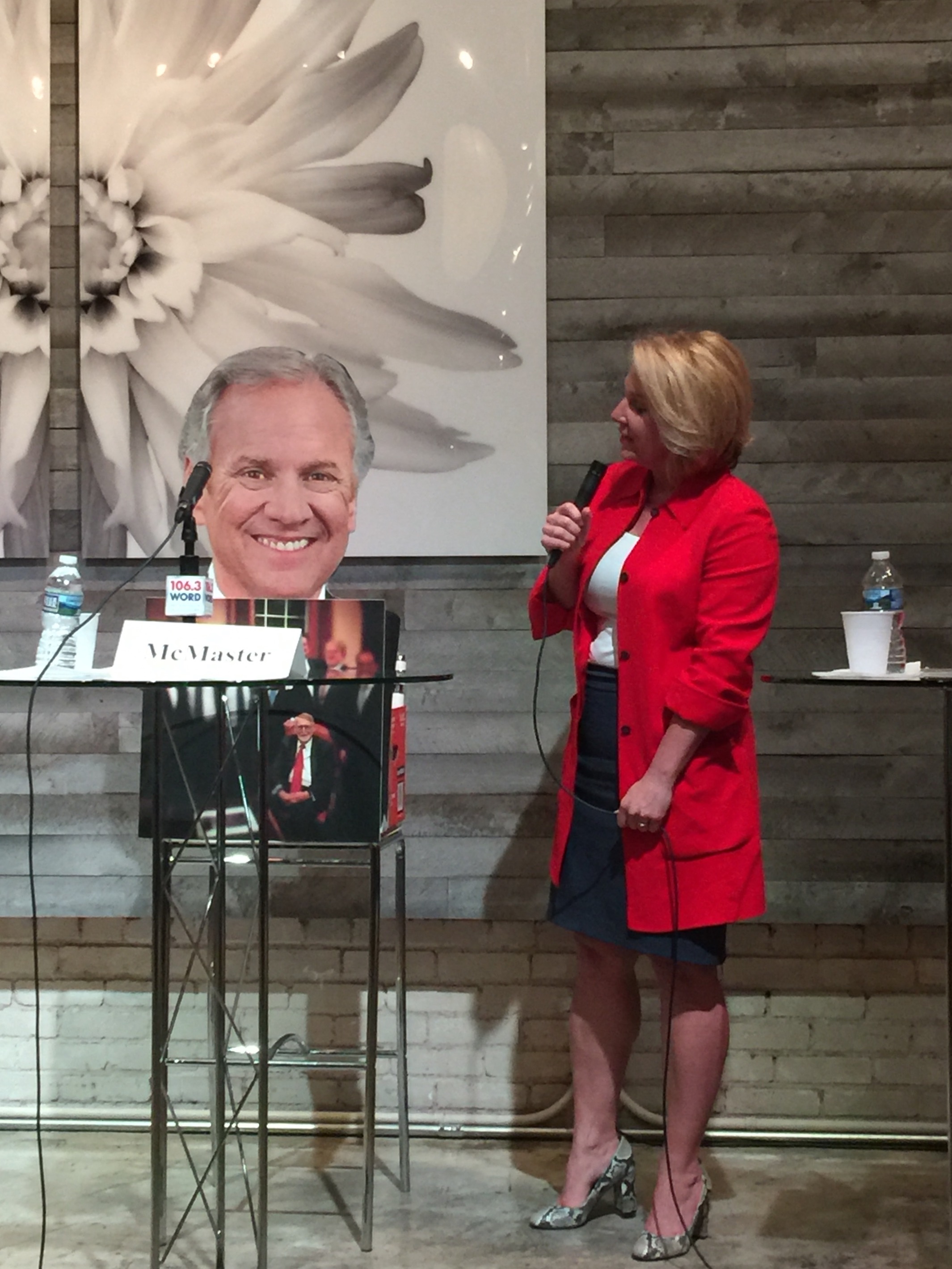 McMaster is in the fight of his political life, and absences like this aren’t helping him … although in fairness his appearance at a recent forum sponsored by the Greenville County GOP didn’t exactly boost his stock, either.

The thick-drawled politician was gifted the governor’s office last January by U.S. president Donald Trump.  At the time, he bragged of a “ten-year reign,” signifying his intention to run – and win – in both 2018 and 2022.  Trump has supported him in his efforts too, coming to Greenville, S.C. last fall to endorse McMaster and help fill up his campaign war chest.

McMaster could still win … but struggles on the campaign trail and in office over the past year-and-a-half have left him exceedingly vulnerable.

“Shades of things to come,” one Warren campaign advisor told us.

Warren is making a late run at the GOP nomination – hoping to leapfrog Templeton during the final four weeks of the race.

“As the only true conservative outsider running for governor, John showed voters that he is ready to lead,” his spokeswoman Laura Beth Kirsop told us.  “When voters hear about John’s background as a Marine who led over 300 combat missions and a businessman who created hundreds of jobs, they respond with overwhelming support. Our momentum is building every day.”

Can he catch her?

We could be looking at a photo finish, people … for second place.

“As the only true conservative outsider running for governor, John showed voters that he is ready to lead,”  “When voters hear about John’s background as a Marine who led over 300 combat missions and a businessman who created hundreds of jobs, they respond with overwhelming support. Our momentum is building every day.”

If no candidate receives a majority of the vote (fifty percent plus one) in a South Carolina partisan primary election, a runoff election between the top two vote-getters is held two weeks later.  All signs in this race point to a runoff between McMaster and either Templeton or Warren.

Sources familiar with the current status of the race say McMaster is hovering in the low forties while Templeton is in the mid-twenties.  Warren is in the teens – but has seen his stock rise in recent weeks as his television ads have saturated the statewide market.

McMaster has certainly made it clear who he views as his most credible opponent – launching a negative television ad against Templeton over the weekend in the hopes of softening up her support.

GOP voters head to the polls on June 12.  A runoff election – if necessary – would be held on June 26.

SC Should Jump On Sports Betting