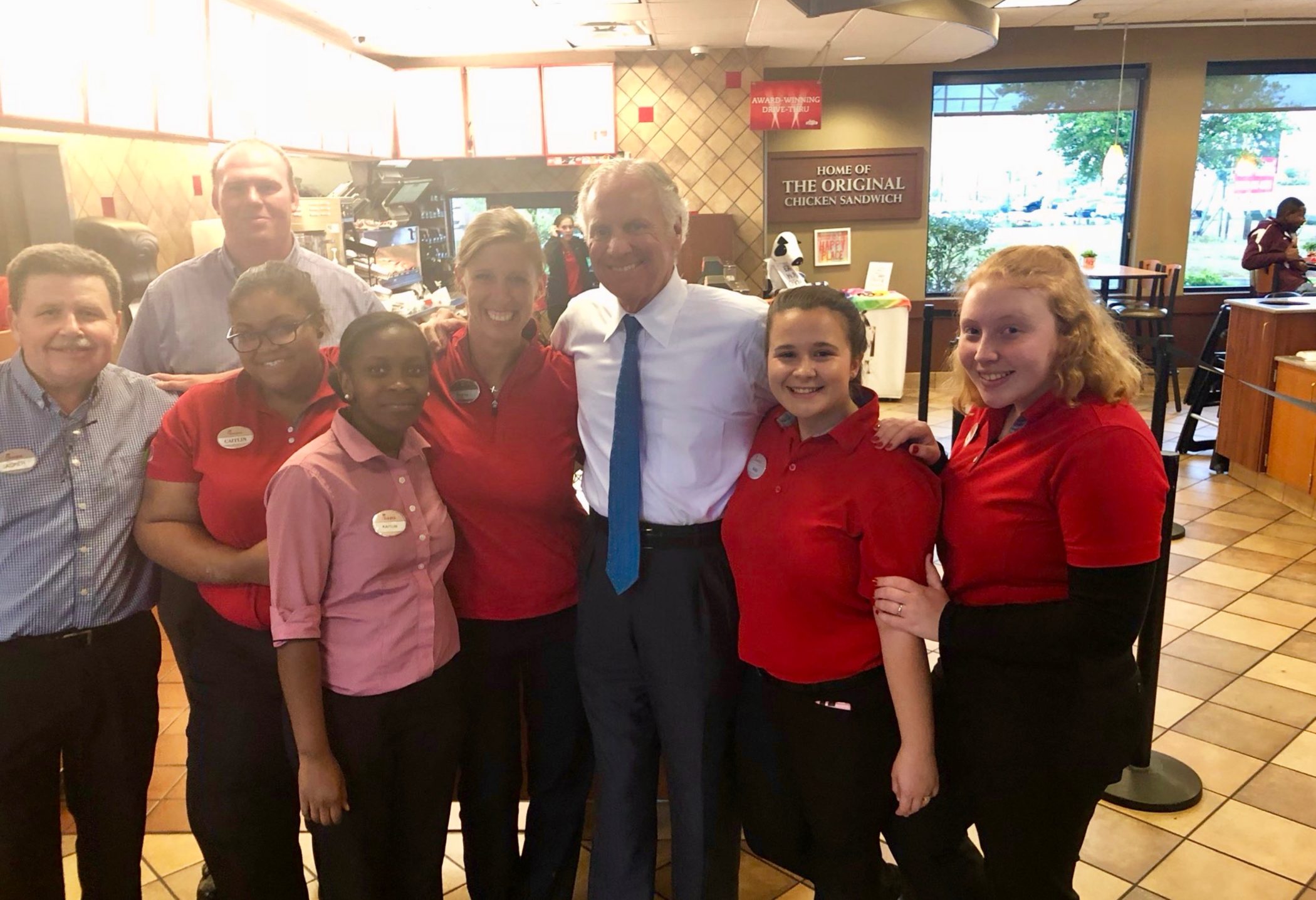 South Carolina governor Henry McMaster is in the fight of his political life.  After being gifted the Palmetto State governor’s office last January by U.S. president Donald Trump, he was supposed to cruise to victory in the 2018 gubernatorial election.

Things haven’t turned out that way … but McMaster backers firmly believe a barrage of television ads will carry him to victory on June 12.

On June 12, we will find out whether McMaster has won the “Republican” gubernatorial nomination outright – or whether he must go head-to-head in a two-week battle against one of three likely second-place finishers: Lowcountry labor attorney Catherine Templeton, lieutenant governor Kevin Bryant or Upstate businessman John Warren.

The arithmetic here is simple.  As are the political repercussions.

But first, the math …

In a South Carolina partisan primary election involving more than two contestants, if no candidate receives a majority of votes on the first ballot – i.e. fifty percent plus one – then the top two finishers square off two weeks later in a runoff election.

Most of the polling we’ve seen (internal and public) shows McMaster receiving the support of anywhere from 35-45 percent of likely GOP primary voters.  In other words, at the moment he appears to be short of the 50 percent (plus one) threshold he needs to reach in order to win the nomination outright on June 12.

(More on why that matters in a moment).

McMaster backers tell us these numbers are deceiving, though.

“Henry is going to hit ‘fifty plus one’ because of the undecideds,” one McMaster donor briefed on the campaign’s internal polling told us. “When you count the undecideds he’s going to get – and take out the undecideds who wind up not voting for anybody – he will easily get half of the vote.”

One veteran GOP pollster who has worked with McMaster in the past agreed with that assessment.

“I think it looks good for Henry,” the pollster told us.

Both the donor and the pollster also stressed to us that McMaster’s positioning would only improve as he began spending his $3 million campaign war chest on television ads across the state.

A whopping 36 percent of respondents were undecided, according to that survey.

McMaster’s hard reelection number?  A meager 24 percent.  Meanwhile 53 percent of respondents said they were looking at “another candidate for governor.”

Does that sound like a candidate who is a “lock” to receive half of the vote next month?

We’re supposed to receive fresh internal data later this week, so as soon as those numbers are provided to us we’ll be sure to pass them along to our readers.

Bottom line?  McMaster remains in a dogfight – with a runoff election appearing more likely than not at this point (and Templeton his likely opponent in that head-to-head contest).