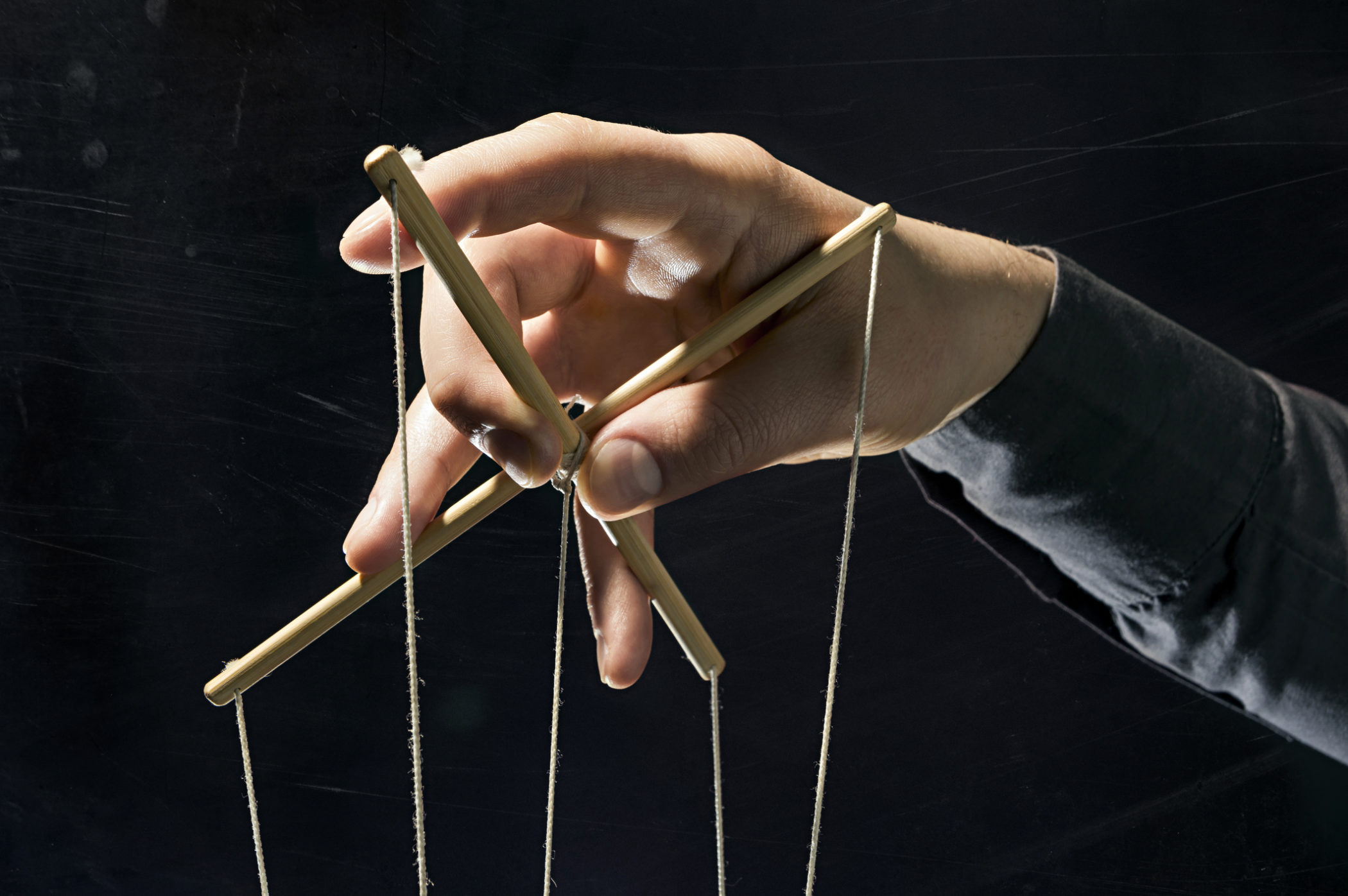 As the #ProbeGate investigation once again heats up inside South Carolina’s halls of justice, it’s also apparently heating up on the campaign trail …

And when we say “tie,” we’re speaking literally …

The piece – entitled “Cut The Strings of Corruption” – portrays McMaster as a puppet of Quinn, his son (former state representative Rick Quinn) and McMaster’s gubernatorial chief of staff Trey Walker.

Here’s a look at one side of the piece … 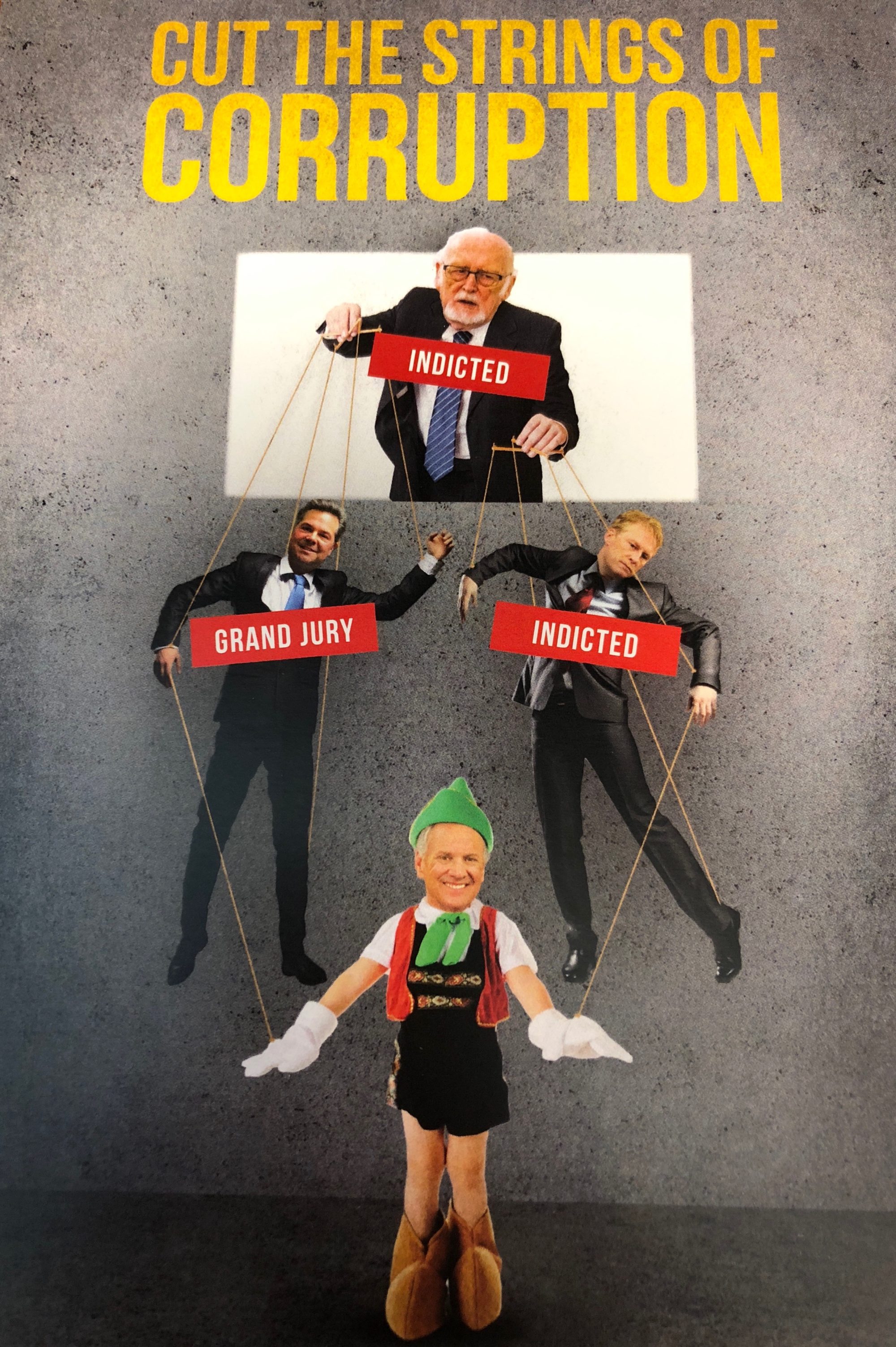 And here’s a look at the other … 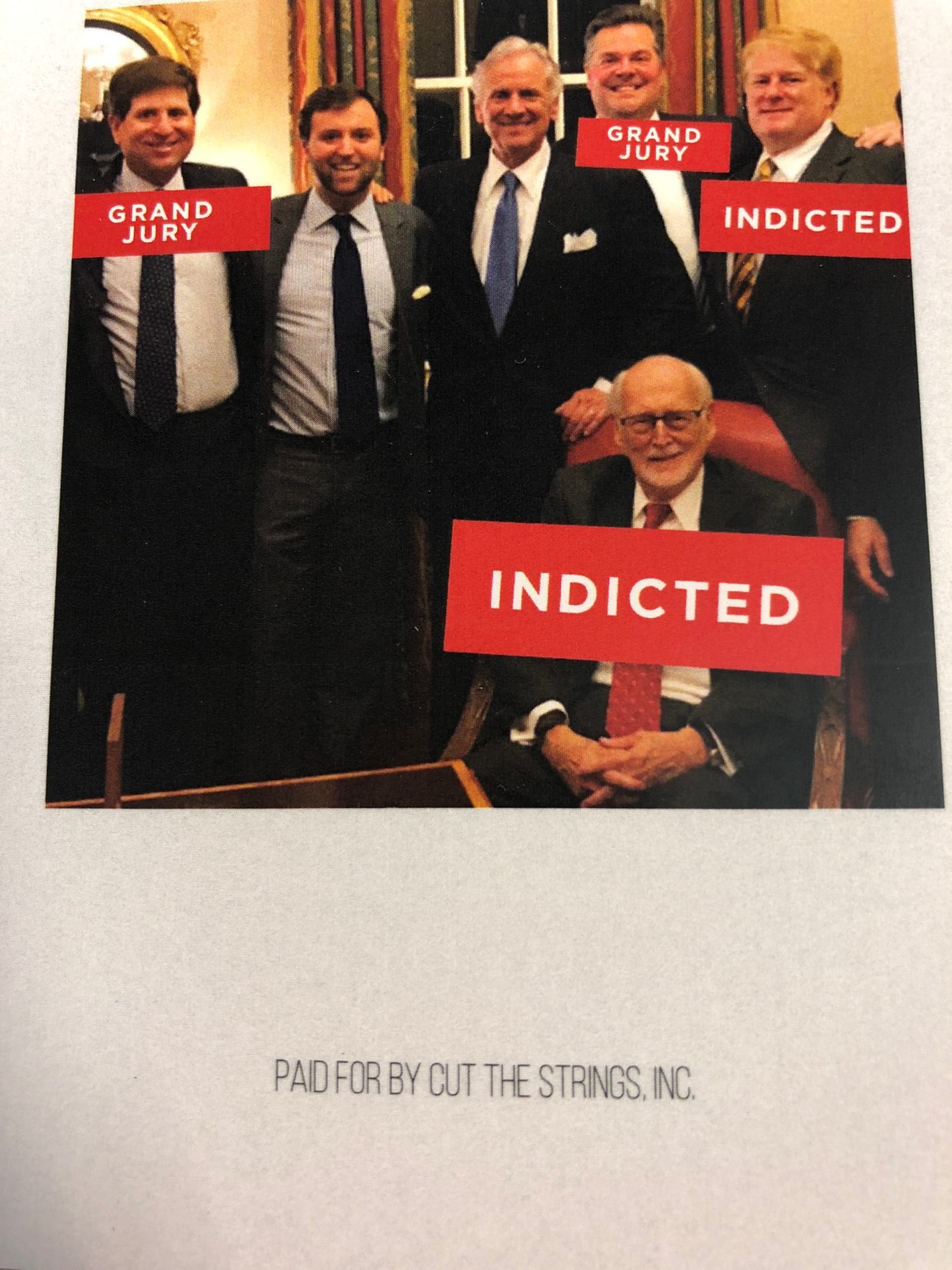 The mailing – or rumored mailing – claims to have been paid for by an entity entitled “Cut The Strings, Inc.”  However, no group by that name is registered with the S.C. secretary of state’s office (although in fairness, the current occupant of that office isn’t exactly on the ball).

Moreover, images of this “mailing” – provided to our news site by a progressive political operative – bear neither a postal permit nor a postal stamp.

In other words it’s not immediately clear whether this is an advertisement that’s actually being disseminated to voters … or an attempt by a political rival to gin up some negative earned media against McMaster.

Either way, these negative “ads” are being launched at an extraordinarily sensitive moment in the #ProbeGate investigation – which was first unearthed by this news site nearly four years ago.

As we exclusively reported late last week, Richard Quinn appeared on April 20 and provided extensive testimony before a statewide grand jury.  According to our sources, his testimony – which lasted “all day” – has borne “significant fruit” as it relates to the future of this investigation.

S.C. first circuit solicitor David Pascoe – who is handling the #ProbeGate prosecutions – secured Quinn’s testimony as part of a controversial plea deal reached with him and his son last December.  Under the terms of the agreement, the younger Quinn resigned from the S.C. House of Representatives and pleaded guilty to one count of misconduct in office.  Meanwhile the elder Quinn was cleared of all charges – although his corporate umbrella organization entered a guilty plea and paid a small fine for failing to register as a lobbying entity.

As part of the deal, Quinn was required to testify truthfully before the statewide grand jury – with Pascoe vowing to prosecute him for perjury and obstruction of justice if he failed to do so.

Walker was hauled before the statewide grand jury last August.

For the better part of the last three years, #ProbeGate has focused on the Quinns’ powerful corporate and governmental interests – with Pascoe alleging an elaborate pay-to-play network run by the veteran strategist.

The Quinns’ and their allies have consistently argued that their operations never ran afoul of the law – and that Pascoe’s investigation has been a politically motivated witch hunt orchestrated by veteran Democratic attorney Dick Harpootlian, one of Pascoe’s mentors.  The fact that this “mailing” is being circulated in Democratic circles would appear to lend credence to that theory (Harpootlian is a two-time former Democratic party chairman), although it would make very little political sense for the state’s perpetual minority party to go after McMaster.

Democrats’ only hope at winning the governor’s office – which they last captured in 1998 – is for McMaster to become the “Republican” nominee.  If the GOP nominee winds up being one of his three credible challengers – Lowcountry labor attorney Catherine Templeton, Upstate businessman John Warren or lieutenant governor Kevin Bryant – Democrats would likely face an insurmountable challenge this November.

Accordingly, it makes zero sense for them to attack McMaster during the GOP primary – which is now just 44 days away.

McMaster was supposed to cruise to the GOP nomination after being gifted the South Carolina governor’s office last January by U.S. president Donald Trump.  Things haven’t worked out that way, though.  The glad-handing, guffawing caricature of a politician has struggled in office and on the campaign trail – in no small part because he hasn’t had Quinn advising him.