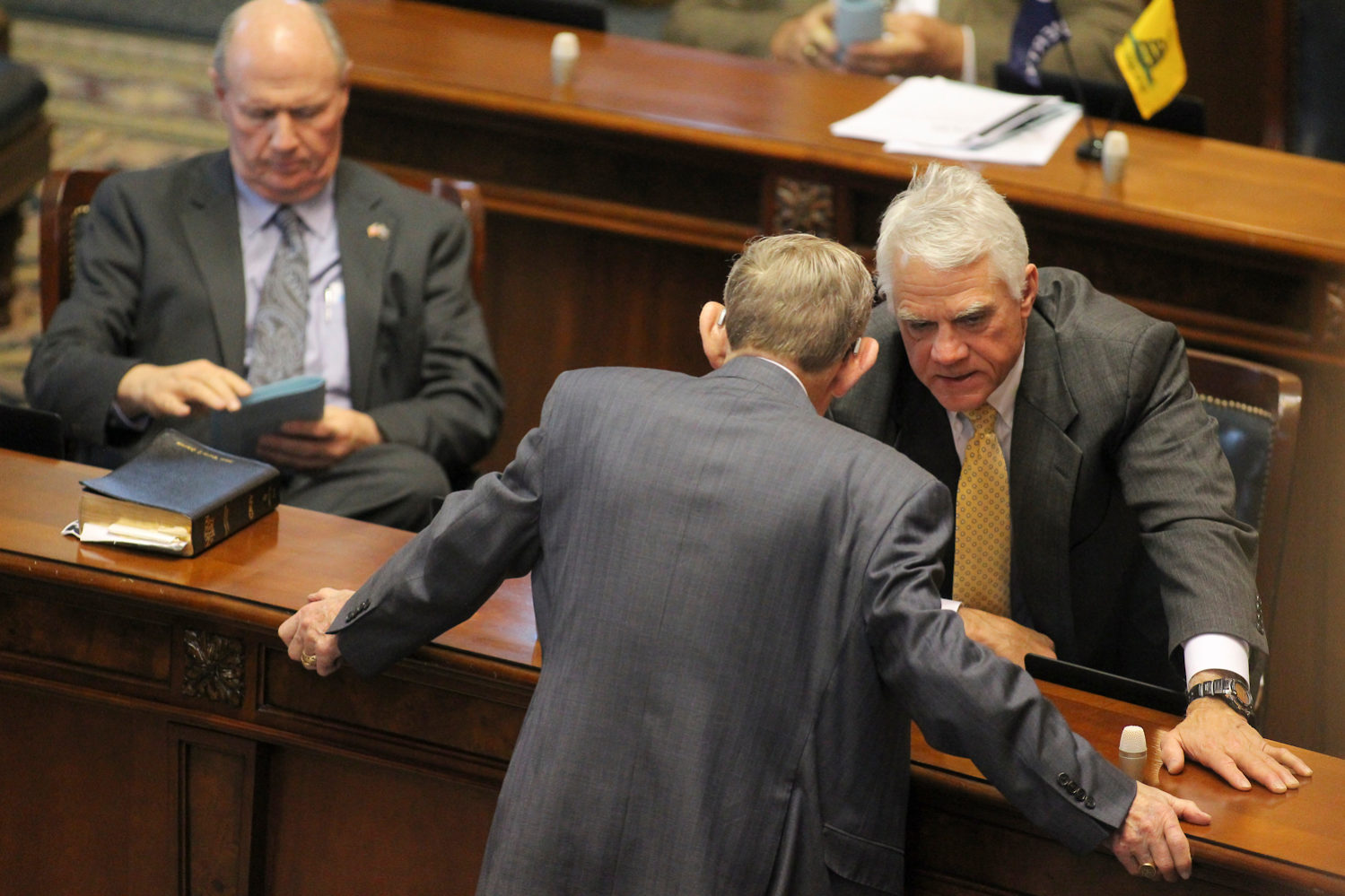 South Carolina lawmakers are on the verge of passing legislation that would kill a $14.6 billion private sector transaction … one providing a $1.3 billion infusion of cash to hundreds of thousands of Palmetto State citizens while creating an estimated $18.7 billion in economic activity.

Should they kill this deal?  Maybe …

As we’ve stated repeatedly, we haven’t endorsed Virginia-based Dominion Energy’s proposal to purchase embattled crony capitalist utility SCANA just yet … but we do believe the deal is head and shoulders above any of the proposed legislative “solutions.”

Hell … legislators directly caused the #NukeGate debacle that has led our state into its dire predicament.

Do we really trust them to extricate us from it?

And we’re not the only ones who think so …

Anyway, while we haven’t endorsed the Dominion deal we are not opposed to it either.  Lawmakers?  They certainly appear to be.  Which brings us to our point: If the  S.C. General Assembly is indeed intent on torpedoing this proposal, they should show some stones and actually do what they say they are doing.

Not continue to dance around it with half-measures …

As it stands now, both the S.C. House of Representatives and the State Senate are playing games … looking to absolve themselves of their extensive culpability in the greatest economic development disaster in South Carolina history.  The only problem?  Neither chamber is technically doing – or “undoing” – anything.  In fact, they don’t have the authority to do so. Lawmakers are just tinkering around the edges of the problem … providing limited, temporary “solutions” to a multi-decade mess.

And while the latest proposal – pushed by Senate majority leader Shane Massey (above) – represents an improvement over whatever the hell it was that passed the S.C. House, it still doesn’t do what lawmakers are desperately trying to convince the public they are doing.

Anyway, all of that leads us to the gauntlet we are about to throw down to the legislature …

First, some background on how we got here.

Ten years ago, state government decided to get involved in the nuclear power industry via the so-called Base Load Review Act (BLRA).  The BLRA was advanced by liberal state lawmakers and allowed to become law in 2007 by former governor Mark Sanford.  Under the terms of this glorified handout, SCANA and government-owned utility Santee Cooper were able to effectively socialize more than $2 billion worth of investment risk associated with the construction of two next generation nuclear reactors in Fairfield County, S.C.

These utilities spent the past decade building (or as it turns out, not building) these reactors a cost of $9.8 billion.  The money was spent, but the project was never completed.  In fact it’s not even half-completed – with the cost to finish it reportedly ranging anywhere between $9-16 billion.

Drowning in debt, Santee Cooper pulled the plug on the reactors last July – killing an estimated 5,600 jobs, squandering billions of dollars in investment and throwing the state’s energy future into chaos.  That decision has also prompted a flood of lawsuits and criminal investigations – as well as a full-court press by lawmakers to try and undo the damage they did (or at least give that impression to voters).

That’s #NukeGate in a nutshell … a saga that’s been dominating headlines across the Palmetto State for the past year (and dominating the 2018 session of the S.C. General Assembly).

LOL … there aren’t any.  Our state has labored to produce a $10 billion hole in the ground.  And there’s really no way to fill it back in.

So in the words of the Dave Matthews Band, we’ve gotta make “The Best of What’s Around.”

At the moment that’s either the Dominion deal … or Massey’s proposal.

Under Dominion’s deal, in addition to the $1.3 billion in upfront relief the company would agree to roll back a #NukeGate surcharge imposed by lawmakers and their political appointees from 18 percent to 11 percent over the next eight years – with the charge declining gradually to zero over the subsequent twelve years.

Under Massey’s deal – currently part of  S. 954 – there is no upfront relief, although lawmakers would instruct their appointees on the embattled S.C. Public Service Commission (SCPSC) to roll back the nuclear surcharge from 18 percent to 5 percent.  The five percent rate would only be locked in for six months, though.  Unelected bureaucrats could raise rates again thereafter.  Perhaps in perpetuity.

In fact, future rate increases could come right after this November’s elections.

Technically, lawmakers cannot set the rates themselves.  That’s up to the SCPSC.  But they appoint those commissioners.

Anybody else see where this is going?

We can’t stand uber-liberal state senator Brad Hutto, but he made a good point during this debate.  What was it?  That there is a difference between “politicians’ promises and cash in your hand.”

For all their fluff and bluster, neither the House nor Senate proposal provides an immediate, permanent repeal of the BLRA.

Which is what this is all supposed to be about …

In other words, they are proposing to kill the Dominion deal – and throw the state into a protracted legal battle that could further stifle our economy – over what amounts to half-measures, interim and partial rate reductions that they are technically not even authorized to impose.

So here is our gauntlet to the legislature.

Anything short of that is, to borrow Hutto’s term, a politicians’ promise … which we would never take over cash in hand.