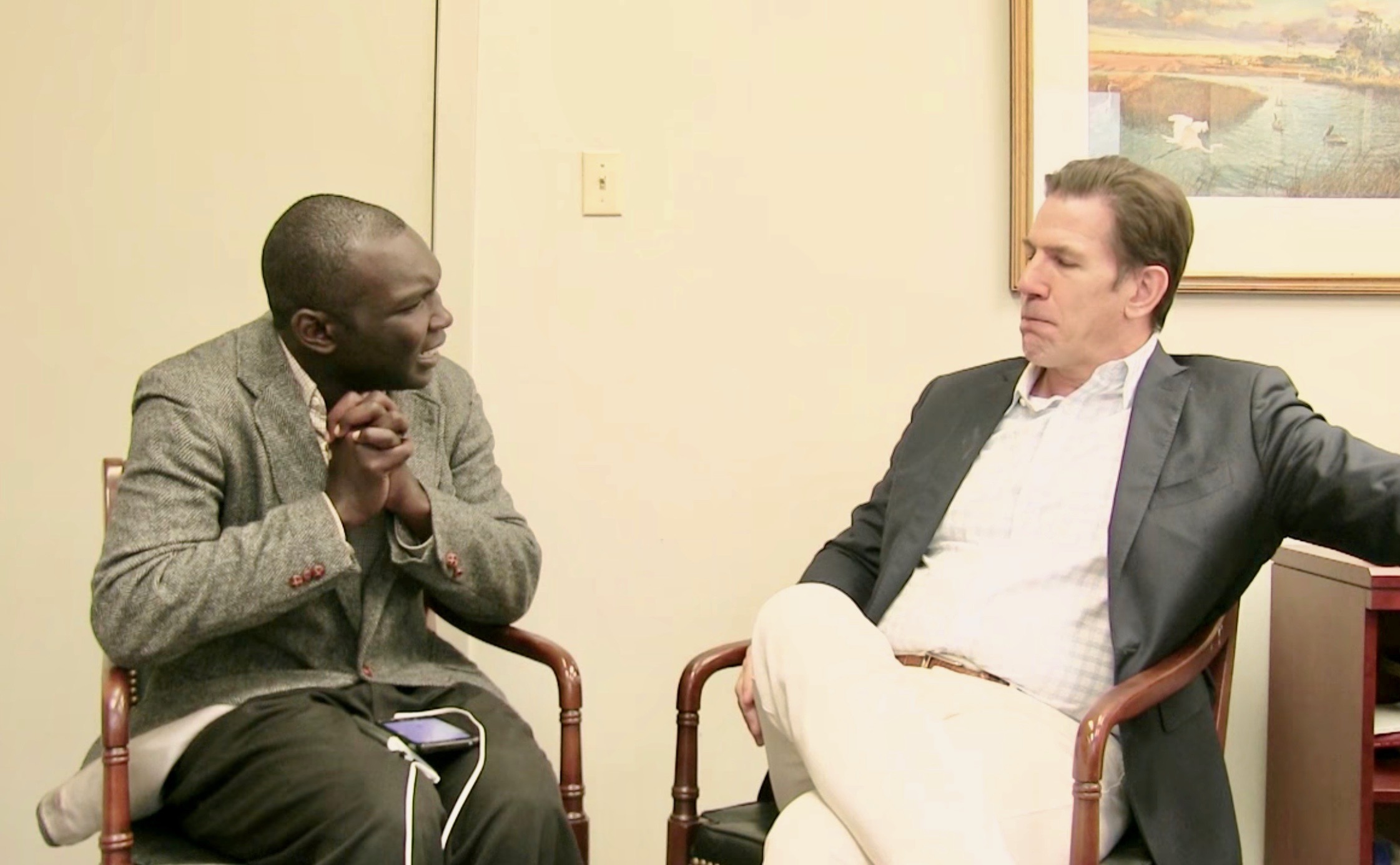 The allegations – first raised (and since reinforced) by Florida-based model and real estate agent Ashley Perkins – center around a December 2015 incident alleged to have involved Perkins’ mother, whose name this news site has withheld from our coverage.  According to Perkins, she was present for a mediation at the Belmond Charleston Place Hotel in June of 2016 in which Ravenel settled with her mother – a 53-year-old Florida real estate agent.

Since our story was published, it has driven plenty of discussion on social media … and resulted in mainstream media coverage of Ravenel’s threat to sue us (a threat he has yet to follow through with).

Anyway, we don’t know where this story is headed, but we do know the allegations have raised fresh questions about previous actions taken by the network – which is owned by NBCUniversal (a subsidiary of Comcast).

Last December, Ravenel sat down for an interview with Charleston, S.C. based independent journalist Quintin Washington – a reporter whose one-on-one conversations with newsmakers in the Palmetto State are regularly featured in the South Carolina mainstream, new and social media platforms.

In the interview, Washington asks Ravenel about the status of the #MeToo movement – and specifically about claims of sexual harassment that felled the careers of NBC News host Matt Lauer and former U.S. Senator Al Franken.

For several minutes, the former South Carolina treasurer and two-time candidate for the U.S. Senate meandered awkwardly around the issue.

“I feel that it’s kind of like the issue du jour – you know, the issue of the day,” Ravenel said.  “There are a lot of things that people, they observe, you know … they’re not naturally bad people but they see certain behaviors, maybe they learned it from their parents or from their friends, and they think ‘okay that’s acceptable – that’s funny’ and they may emulate that behavior not realizing that’s sexual assault. I think there’s an educational transition period where a lot of things are just not acceptable and people of good intent and goodwill are getting caught in this transition period.”

Later in the interview, though, Ravenel specifically referenced “secret settlements” related to sexual assault claims – exactly the sort of settlement he allegedly entered into with Perkins’ mother two years ago.

“You hear about these secret, um, settlements you know … some woman may come out and say ‘hey, you made an unwarranted advance.’ And they guy may say ‘well I didn’t really do anything, you know, I didn’t do anything untoward however I will pay you to make it so – so you don’t make an allegation.’  Just the mere hint of an allegation could destroy someone.”

Ravenel continued, “I for one, you know, am not going to … you know, I’ve got a big target on my back, I’m a pretty well known guy, and people know that I’ve got resources. I’m not going to put myself in a position where I can, you know, be extorted money by a bunch of trial lawyers. Or, first of all, I’m not going to be ungentlemanly toward a woman.”

Here’s the interview (the discussion of the #MeToo movement begins at the 6:04 mark) …

Obviously, Ravenel addressing the issue of sexual assault on the record would be newsworthy in light of Perkins’ recent allegations, but there’s something else about Washington’s 44-minute clip that is noteworthy.

Or rather what happened after he posted it.

Specifically, Bravo tried to get him to remove it from the internet.

On December 8 – less than 24 hours after Washington posted his conversation with Ravenel online – Amanda Long of NBCUniversal sent the journalist an email asking him to remove the clip from YouTube.

“You need to go through the Bravo press team if you are interested in speaking with any of our talent,” she wrote.  “Is it possible to pull this interview down until closer to the season? It reveals information about the upcoming season.”

Washington responded as any good journalist would … by telling Long to go fly a kite.

“Are you serious?” he asked the network executive.  “‘I am not under any agreement with Bravo.  Thomas Ravenel is.  That is something you need to take up with Mr. Ravenel.”

To be fair to Long, her stated reason for asking Washington to pull the clip was that it allegedly disclosed “information about the upcoming season.”  Also to her credit, Long wasn’t asking Washington to delete the video permanently – just to wait and publish it “closer to the season.”

Do we buy that?  Honestly, yes.

This news site and its founding editor Will Folks have dealt with Long in the past on various issues related to Southern Charm, and she’s always been an up-front, honest broker.

We reached out to Long for a comment, but did not immediately hear back from her.  In the event the network responds, we’ll be sure to update our readers.

Aside from threatening to sue us if we published our original report, Ravenel has not commented on the allegations.  His attorneys have, however.

“The recent Twitter statements of Ms. Ashley Perkins about my client are reckless, false and defamatory,” Ravenel’s Connecticut counsel Richard P. Terbrusch told us earlier this week. “One can only speculate on her motives, but rest assured once the instant rush of social media wears off and the potential of very real legal consequences sets in, such rashness will be regretted.”

Got something you’d like to say in response to one of our stories? Please feel free to submit your own guest column or letter to the editor via-email HERE. Got a tip for us? CLICK HERE. Got a technical question or a glitch to report? CLICK HERE. Want to support what we’re doing? SUBSCRIBE HERE.
Banner: Quintin’s Close-Ups