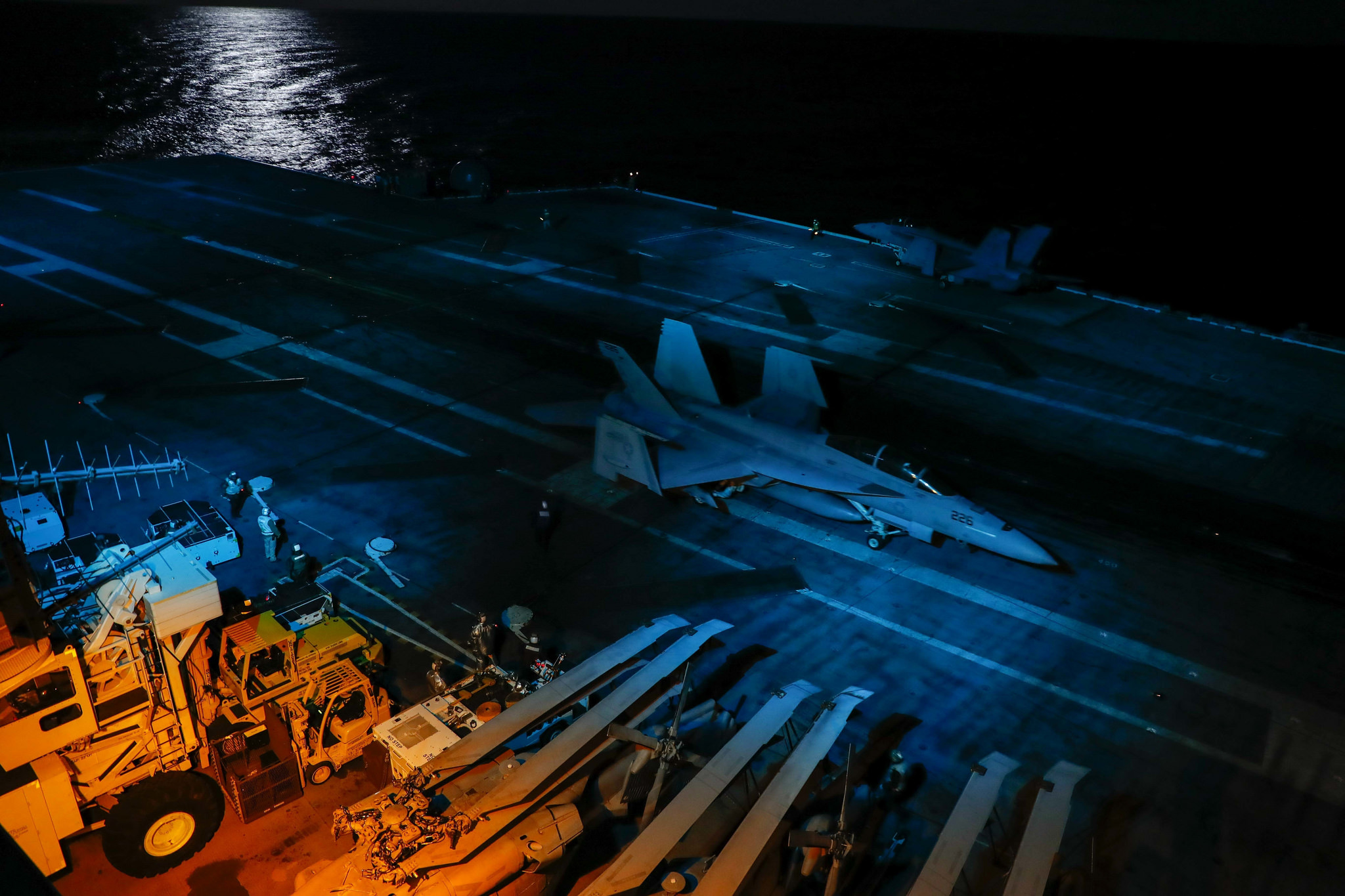 The United States of America – a nation $21 trillion in debt and facing no discernible national security threat – nevertheless launched an attack on Syria late Friday.  The military action – ordered and announced by U.S. president Donald Trump without the support of congress – was ostensibly in retaliation for an alleged chemical weapons attack carried out last Saturday by the regime of Syrian president Bashar al-Assad.

“These are not the actions of a man,” Trump said of the alleged chemical attack in a speech from the White House in Washington, D.C..  “They are crimes of a monster instead.”

Do we buy that allegation?  Not really … because as we’ve written in the past, previous chemical weapons attacks in Syria have been exposed as false flags.

Also, Syria has denied responsibility for the attack – claiming it was staged.

Either way, we thought Trump understood the inefficacy of American military intervention in Syria.  In fact, he did understand it.  As recently as this month.

Less than two weeks ago, Trump said he wanted to get all American military personnel (roughly 2,000 soldiers, at last count) out of the country. 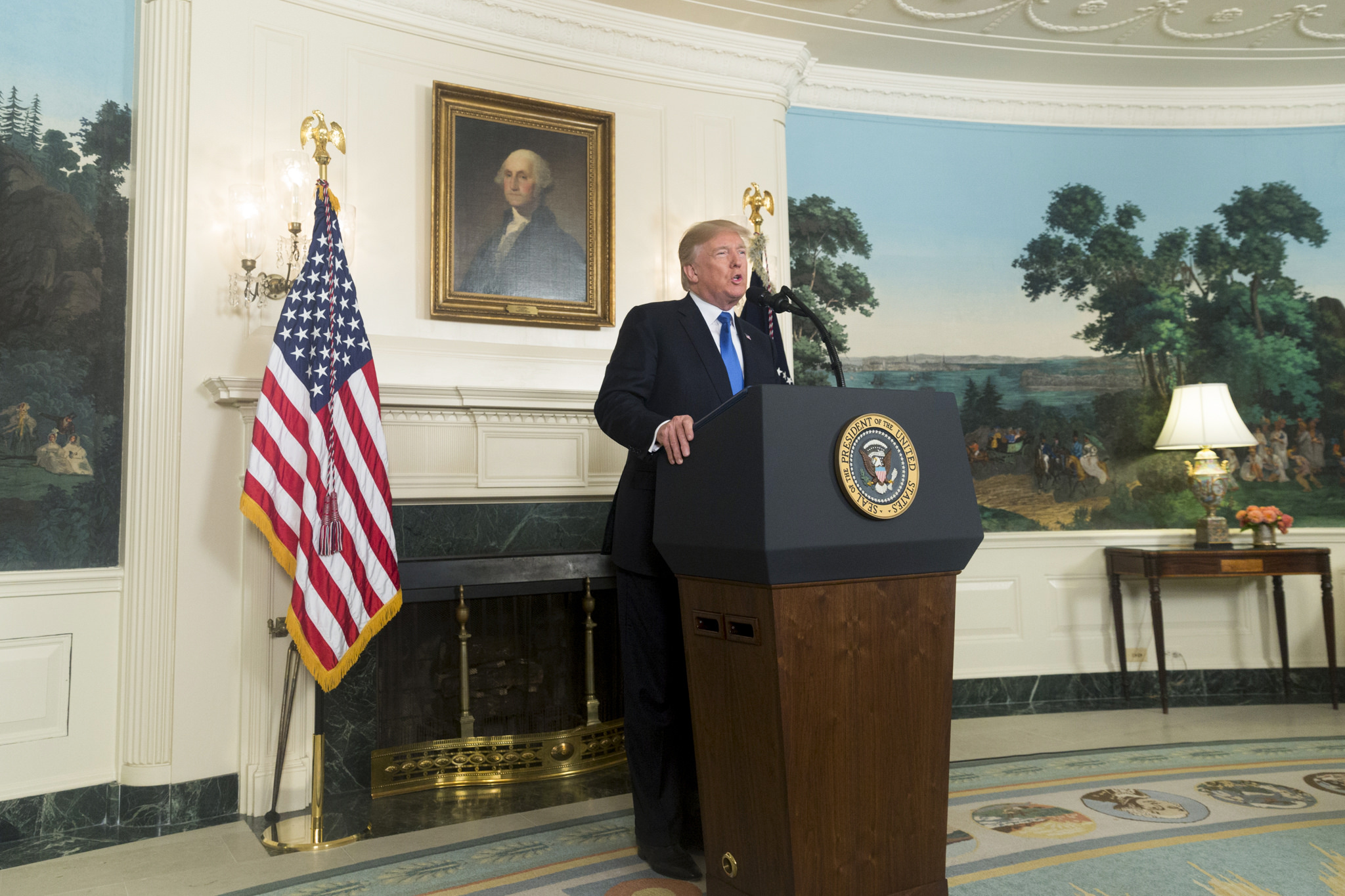 The chemical attack obviously changed all of that.  Now Trump says ridding Syria of chemical weapons is “a vital national security interest of the United States.”

In fact, he said the United States is committed to waging perpetual war against Assad’s regime until its alleged chemical weapons capability is eliminated.

“We are prepared to sustain this response until the Syrian regime stops its use of prohibited chemical agents,” Trump said.

Trump’s open-ended airstrikes are obviously far more expansive than the missile attack he launched against Syria last April.  That strike knocked an airport out of commission … for roughly 24 hours, anyway.

This attack is clearly much broader … and risks a major escalation of this regional conflict, which isn’t a civil war but rather a multi-front proxy war involving Russia, Iran, Israel, Turkey and several other nations.

As we noted in a post back in February, Assad has been targeted for overthrow by neoconservatives in the United States – but is being propped up by the Russians and Iranians.

Fighting against Assad?  A host of interests, including warriors loyal to the Islamic State in Iraq and Syria (ISIS).

Thanks to Russian military intervention, ISIS has been shattered and is on the verge of being completely routed as a fighting force.  Meanwhile Israeli military assets – funded by U.S. taxpayers – are engaged in a proxy war of their own in Syria against Iran, another supporter of the Assad regime.

The Republic of Turkey – under its unpredictable leader Recep Tayyip Erdogan – is also engaged in its own proxy war in Syria against American-supported Kurdish forces.

It’s a mess … one in which the United States has no business being involved (let alone funding multiple parties to the conflict).

Seeking to downplay the risk of escalation, Trump appealed to Assad’s allies as he announced the American airstrikes.

“To Iran and to Russia I ask, what kind of nation wants to be associated with the mass murder of innocent men, women and children,” Trump said.  “The nations of the world can be judged by the friends that they keep. Russia must decide if it will continue down this dark path or continue with civilized nations.”

So much for the 2016 presidential candidate who vowed that America would no longer be the world’s policeman.

In case our coverage hasn’t made it abundantly clear, this news site rejects American involvement in Syria and other hot spots in the Middle East that have no direct bearing on our national security.  We also reject the ongoing subsidization of foreign militaries – including the Israeli military.

“Syria is simply not within our nation’s sphere of interest, nor is there anything to be gained by continued U.S. military involvement in any of the proxy wars currently being waged on its soil,” we wrote two months ago.  “American assets need to be extricated immediately from this power keg, and the spigot of aid to any nation engaged there must be immediately turned off.”

Furthermore, we reject the arbitrary use of American military might by a president (any president) without a vote of congress.

Ironically, five years ago Trump made this same argument in a tweet directed toward former U.S. president Barack Obama – who was pondering a similar action (also in response to an alleged chemical attack).

“The President must get Congressional approval before attacking Syria-big mistake if he does not!” Trump tweeted at the time.

Donald Trump And The Fight For Western Civilization