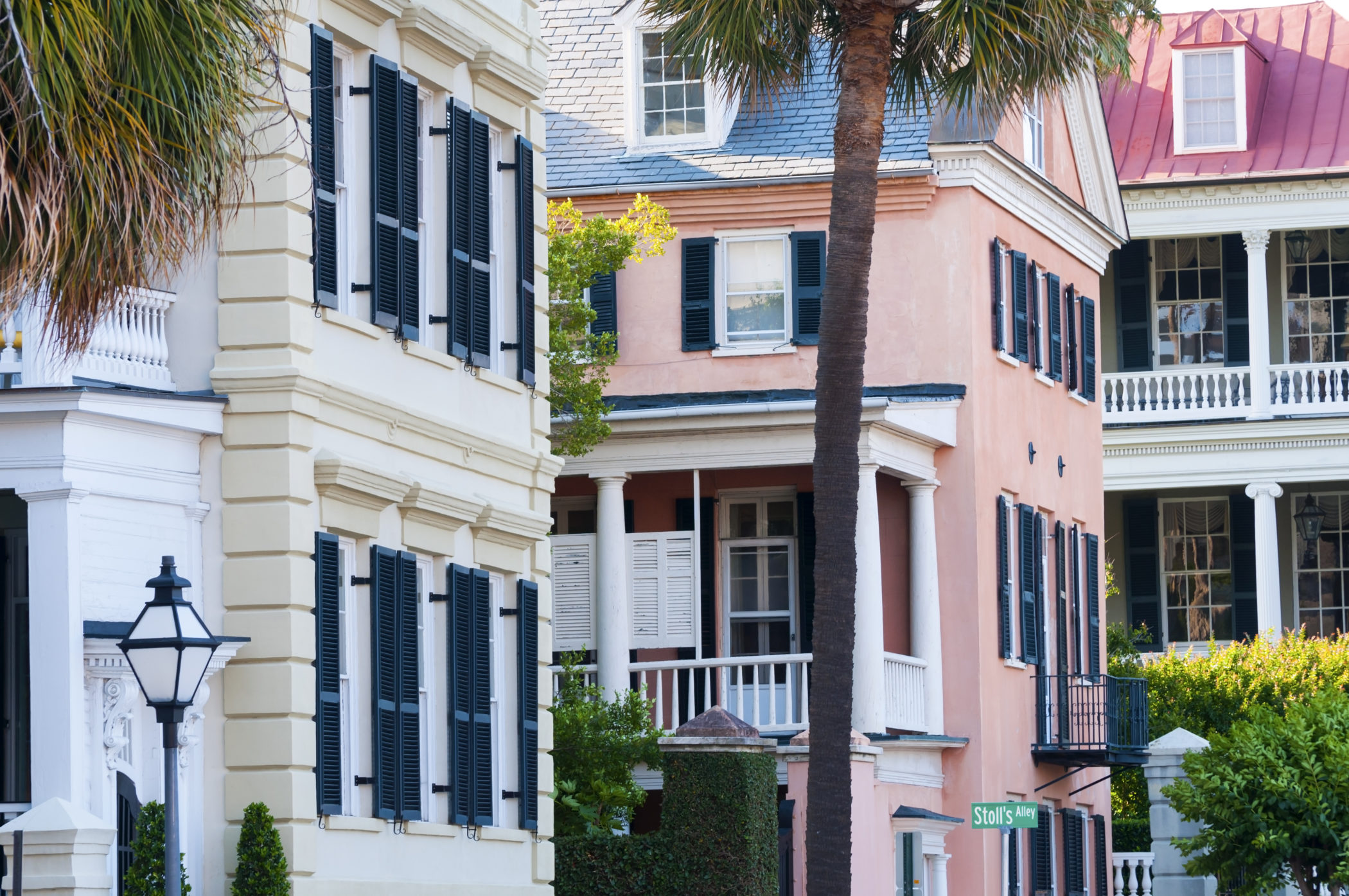 This time, the spark was a series of tweets from a model/ real estate agent in Panama City Beach, Florida named Ashley Perkins.

Perkins, 29, alleged in a series of tweets this week that Southern Charm star Thomas Ravenel – the former treasurer of South Carolina and a candidate for the U.S. Senate in 2004 and 2014 – settled a sexual assault case involving her mother two years ago.

It’s not immediately clear whether a law enforcement investigation into these allegations was ever initiated.  In fact, it’s not immediately clear whether law enforcement was ever even notified of these allegations – which are said to have taken place in Charleston, S.C. in December of 2015.  Further complicating matters, the alleged victim – a 53-year-old real estate agent who resides in Panama City Beach – reportedly signed a non-disclosure agreement during a mediation at the Belmond Charleston Place Hotel in June of 2016 barring her from discussing details of the incident.

Perkins’ initial accusatory tweet toward Ravenel – which included images of wrist injuries allegedly inflicted on her mom by the 55-year-old reality star – was posted on April 11, but she deleted it that same day after her mother was allegedly contacted by Ravenel’s attorneys.

The next day, however, Perkins posted the allegations (and images) again – and has since re-posted them at least ten times (and referenced them in dozens of other tweets to multiple media outlets).

Perkins told us she was upset Ravenel’s attorneys were allegedly harassing her mother over these tweets – which included hashtags that referenced Ravenel and Kathryn Dennis (his ex-girlfriend, Southern Charm co-star and the mother of his two young children).

“Thomas’ attorneys emailed my mom’s attorneys the next morning (April 12),” she told us.  “My mom didn’t know what they were talking about.  I told her that (the tweets) were pulled and they were.  Then later, Thomas’ attorney contacted my mom’s attorney again and said that I still had hashtags up that they didn’t like.  They didn’t like Kathryn Dennis and Thomas being tagged.”

That’s when Perkins decided to go forward with the story.

“I didn’t appreciate Thomas telling me what hashtags I’m allowed to use so I started tweeting that day (using) the same hashtags I was asked not to use,” Perkins told us. 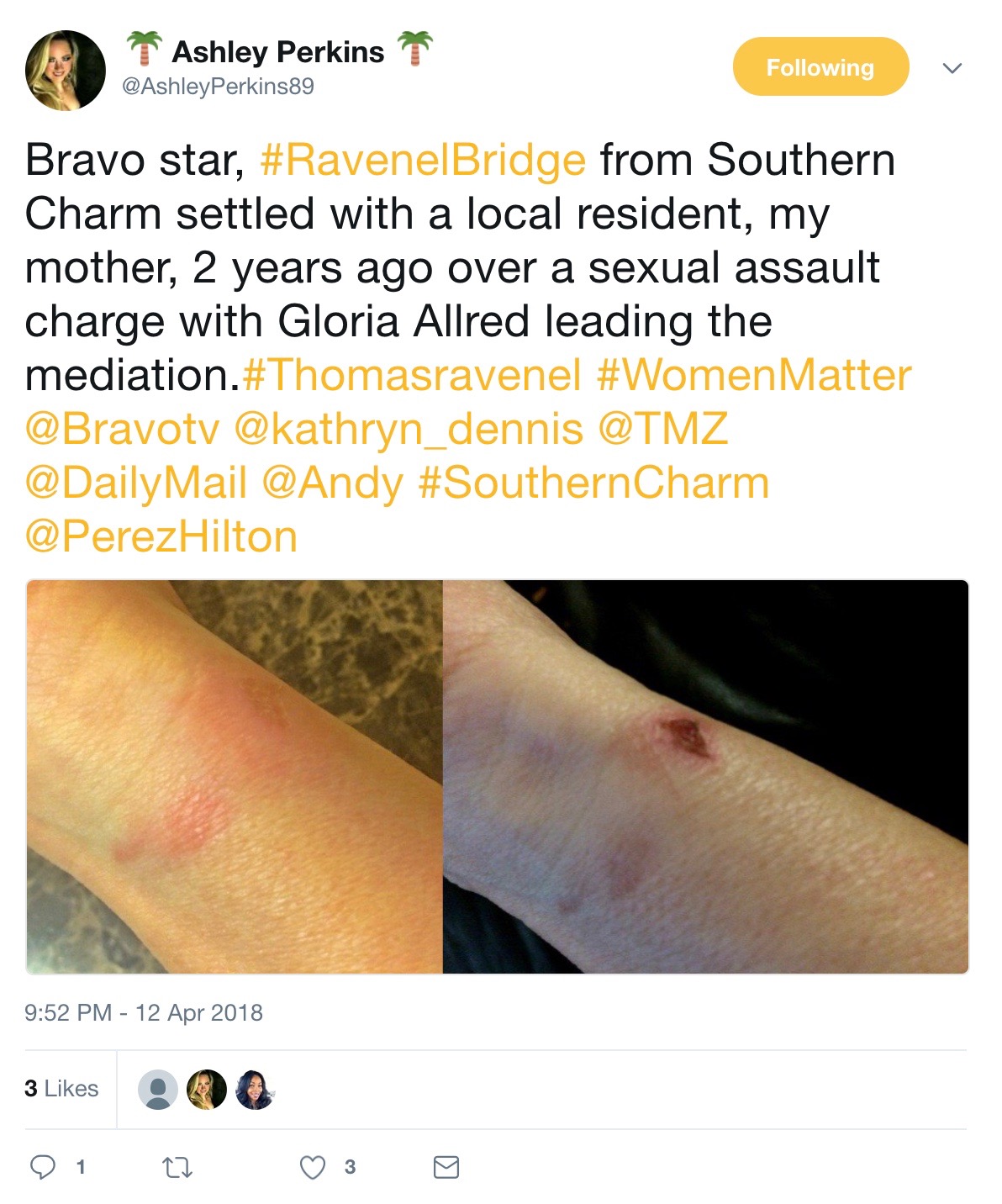 To be clear: Allegations like this are deathly serious.  They are also very difficult to prove.  And in many cases (including cases involving celebrities), they are often incredibly nuanced … multi-faceted.

Readers of this news site will recall an even more jaw-dropping allegation leveled years ago against Upstate radio host Joshua Kimbrell – who is now running for the U.S. congress.  The allegation against Kimbrell was eventually exposed as being completely unfounded – but Kimbrell had to spend years rebuilding his reputation.

Does this mean we think the same thing is happening in this instance?  No.  It’s just important to give Ravenel (or anyone else similarly accused) the benefit of the doubt.

In fact, even after Perkins agreed to go on the record with us regarding her bombshell tweets – we didn’t immediately decide to publish a report on the matter.

Let’s be honest: Ravenel is rich.  And famous.  And the subject of all sorts of allegations.  The guy wears a bullseye on his back (one he often paints on himself, it’s true).  As such, he has frequently been the target of what he calls “scurrilous rumors” (not all of which are true or even half-true).  Additionally, he is hyper-litigious – prone to threatening lawsuits against his critics, including this news site and its founding editor, Will Folks.

In other words to justify giving a forum to Perkins’ allegations we needed something more  … something to demonstrate she wasn’t just pulling this allegation out of thin air.

How could we do that if her mother wasn’t authorized to speak? 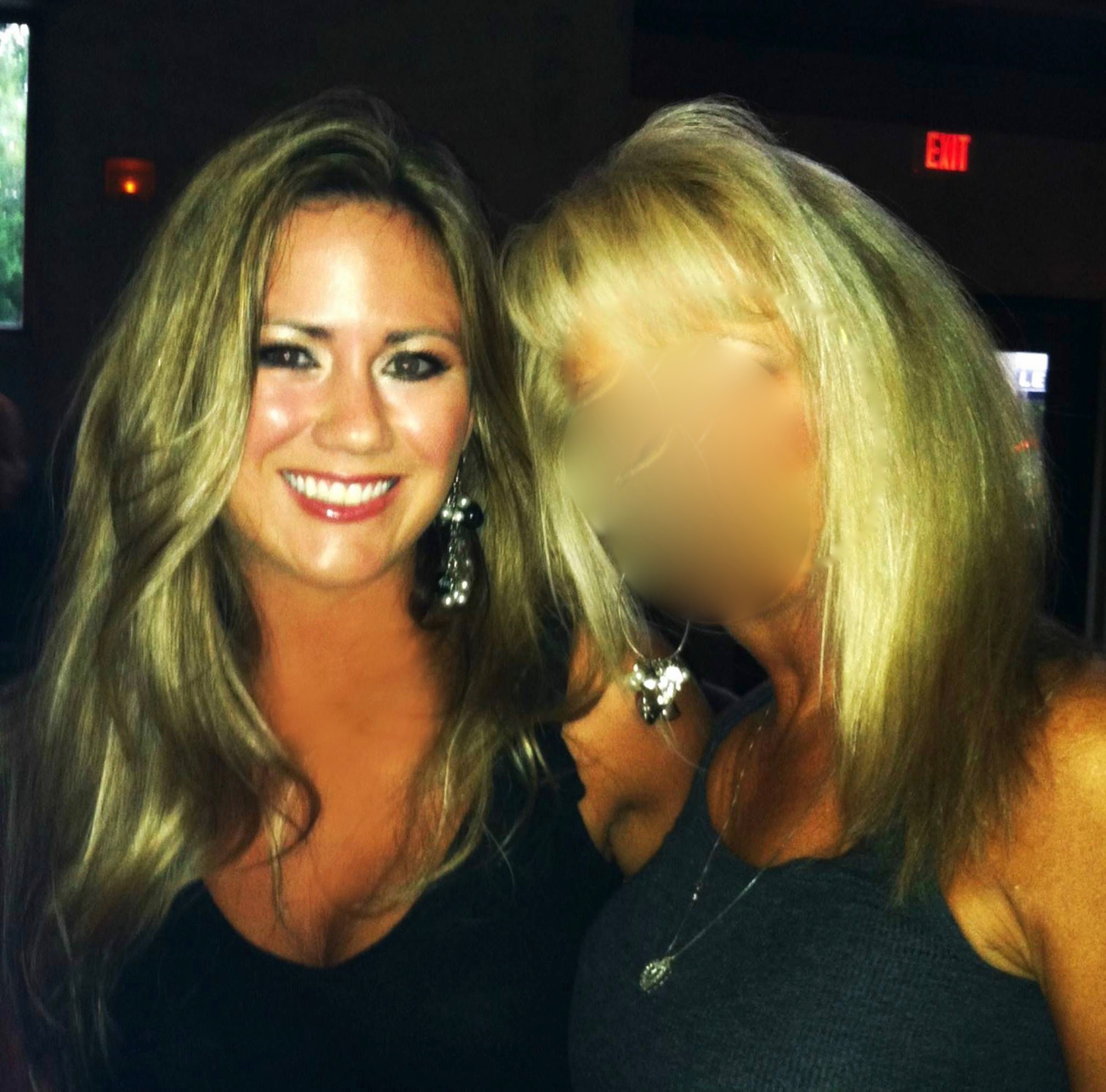 That “something” ultimately came in the form of two-and-a-half-year-old social media messages obtained by this news site from three different sources – messages in which the alleged victim in this case (pictured above with Perkins) described details of what she claims transpired at Ravenel’s hands.

The messages were sent to one of Ravenel’s Southern Charm cast mates in December 2015 – days after the alleged assault.

“Seems not only toddlers don’t like the word no,” the alleged victim wrote in a direct message to the cast member. “Some grown men don’t like to hear it either.”

“Just in case you haven’t seen HIS dark side, I wanted to make you aware,” the woman continued. “(The) first photo is (my) wrist from day after incident. (The) second photo was taken (five) days later.”

Included with this direct message? A photograph … one containing the exact same images tweeted out this week by Perkins.

Here’s a screen cap we obtained from that direct message … 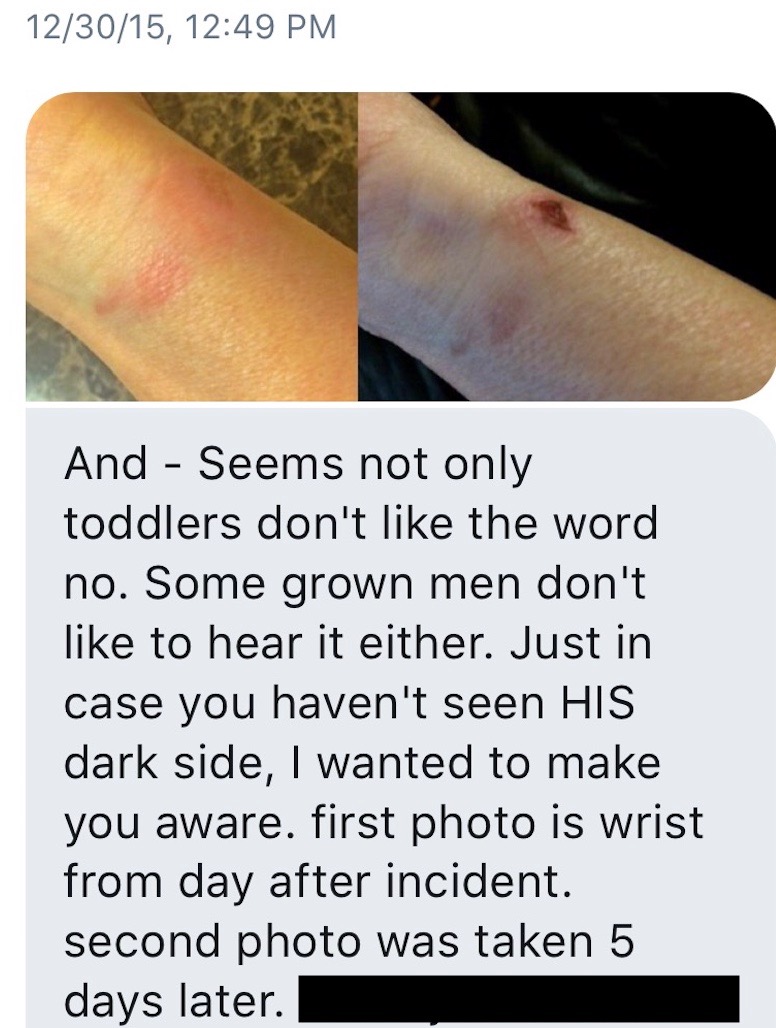 Asked by the cast member who received these messages whether the individual who caused the wrist wounds was in fact Ravenel, the alleged victim answer in the affirmative.

“Yes he did that to me while physically restraining me,” she wrote, telling the cast member in a subsequent message sent on December 31 that the incident took place “VERY recently.”

“Thomas cannot assume he has the right and privilege to touch a woman any way he wants just because he feels like it,” she added. “If a woman says no, he is like a little toddler and needs to learn to respect that word.”

The woman later wrote to the cast member that she had “sought (legal) counsel because I was violated and I can’t tolerate this.”

“I don’t know where it will lead, if anywhere,” she wrote. “But I can assure you that his controlling and scary personality isn’t going to put me in a corner.  I have friends in the legal profession who are advising me on how to move forward.”

Still not completely convinced (people routinely go to a lot of trouble to plant #FakeNews with us), we began digging into the social media account associated with 2015 messages.  Eventually, we were able to independently confirm that the individual behind this anonymous Twitter account – which is still active, by the way – is indeed the alleged victim in this case.

Additionally, this news site obtained graphic details of this alleged sexual assault from Perkins during her on-the-record interview with us – including details that corroborated statements made by the alleged victim during her December 2015 social media conversation with the Southern Charm cast member.  As we continue to investigate this alleged incident, we are providing relevant information regarding what we uncover to the appropriate law enforcement and prosecutorial authorities.

Armed with all of this information, we reached out to Ravenel for comment about the allegations.

Ravenel also indicated we would be hearing from his attorney very soon – which we did.

“The recent Twitter statements of Ms. Ashley Perkins about my client are reckless, false and defamatory,” Ravenel’s Connecticut counsel Richard P. Terbrusch told us. “One can only speculate on her motives, but rest assured once the instant rush of social media wears off and the potential of very real legal consequences sets in, such rashness will be regretted.”

UPDATE: Perkins is now addressing the alleged assault on her own website.  Read her take on it HERE.