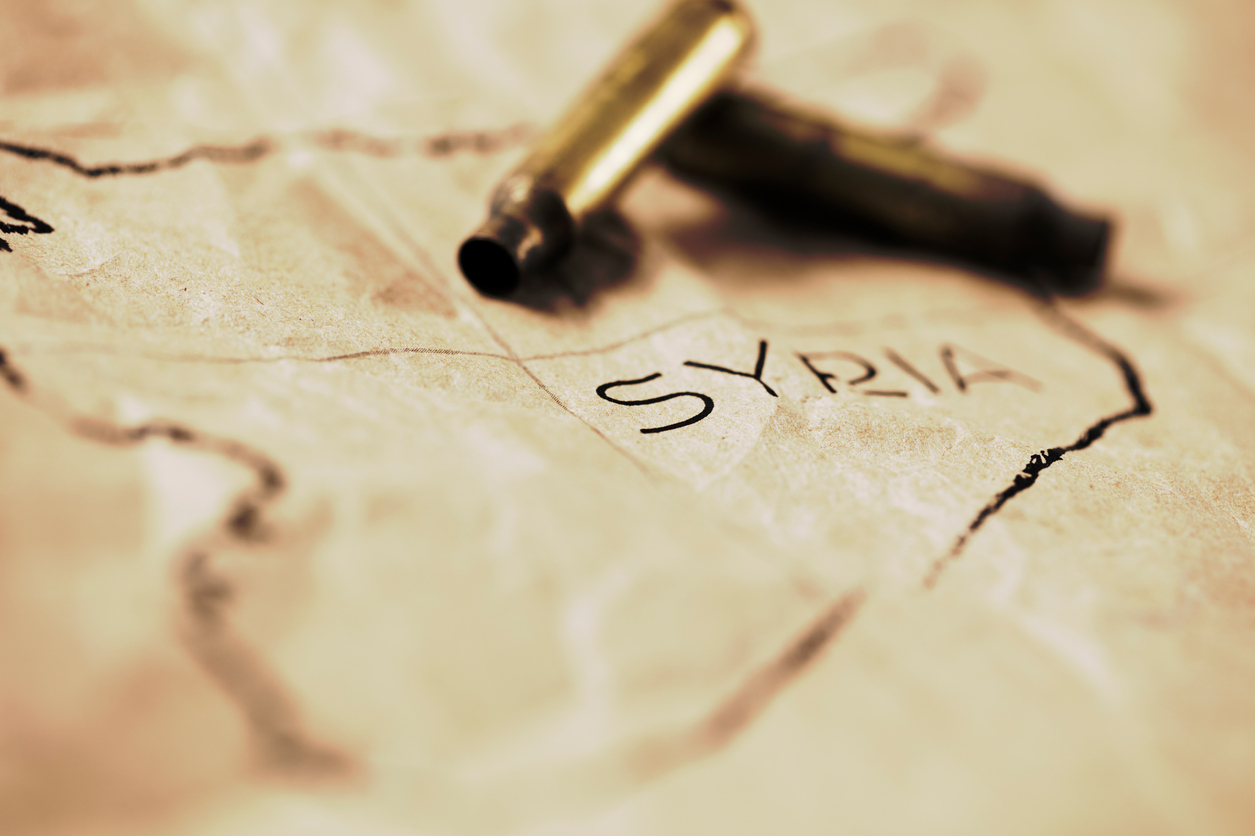 More than 200 mercenaries – most of them Russians – were killed during a failed attack on a military base near Deir al-Zour, Syria this week, Bloomberg News is reporting.

The base was defended by American and Kurdish troops, who reportedly called in a U.S.-led airstrike as their position came under attack.

Why is this significant?  Because it’s a major escalation of the proxy war in Syria – where multiple armed forces with diverging loyalties are engaged in a protracted battle for control of the oil-rich, strategically important Middle Eastern nation.  It’s also the most visible manifestation of American-on-Russian violence, even if the erstwhile Cold War adversaries were not technically engaged against each other.

Most of Syria is held by forces loyal to its president, Bashar al-Assad.  His regime – which has been targeted for overthrow by neoconservatives in the United States – is being propped up by the Russians.  Fighting against Assad?  A host of interests, including warriors loyal to the Islamic State in Iraq and Syria (ISIS).

Thanks to Russian military intervention, though, ISIS has been shattered and is on the verge of being completely routed as a fighting force.

Meanwhile Israeli military assets – funded by U.S. taxpayers – are engaged in a proxy war of their own in Syria against Iran, another supporter of the Assad regime.

The Republic of Turkey – under its unpredictable leader Recep Tayyip Erdogan – is engaged in its own proxy war against American-supported Kurdish forces in Syria.  Erdogan has been ramping up his rhetoric of late, too, threatening to move Turkish forces toward Manbij – where U.S. troops are stationed.  That could cause another potential global escalation of this seven-year-old fight, which began as a civil war between Assad and his domestic detractors.

“We only handle the data that concerns Russian forces servicemen,” Kremlin spokesman Dmitri S. Peskov told reporters. “We don’t have data about other Russians who could be in Syria.”

Still, the combat proximity of American and Russian troops – and increasingly American and Turkish troops – is troubling, and provides further evidence of the danger of ongoing U.S. military activity in the region.

What is America doing in Syria?

U.S. secretary of state Rex Tillerson is headed to the area this week so perhaps we’ll get some clarity on our nation’s foreign policy goals.

Our view?  America has no business being engaged in this conflict … on any side.

Syria is simply not within our nation’s sphere of interest, nor is there anything to be gained by continued U.S. military involvement in any of the proxy wars currently being waged on its soil.  American assets need to be extricated immediately from this power keg, and the spigot of aid to any nation engaged there must be immediately turned off.

Even if there were a compelling national security rationale for continued engagement, our country cannot afford it.