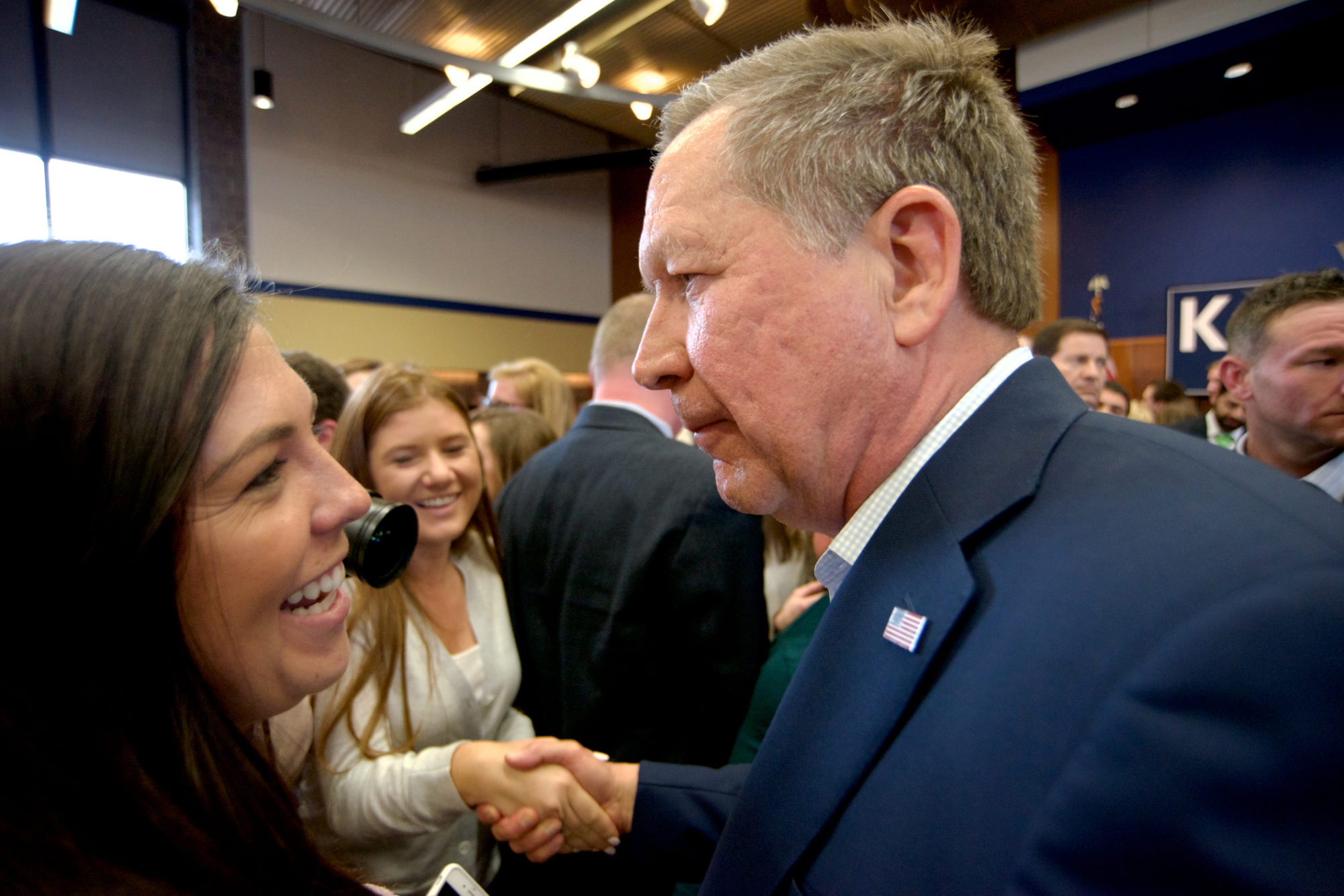 Kasich has become one of the leading luminaries of the left wing of the GOP – which is sad because like so many other “conservative” politicians he began his career in public life as an advocate for limited government.  By the time he ran for president in 2016, though, Kasich was all about obscenely large government – which he wanted to grow even further in the name of divinely inspired compassionate conservatism.

You all remember the nickname we gave him, right?  Sure you do …

“We think he’s far worse than most of the establishment ‘Republicans’ seeking the presidency,” we wrote of the Ohio governor two years ago as he stumped for the White House in early-voting South Carolina.  “How come? Because he knows better … and used to act accordingly.”

“In the late 1980s and early 1990s, (Kasich) was a real pro-freedom, pro-free market champion … but in recent years he’s become just another status quo Republican hack,” we wrote in the spring of 2015.

Sound familiar?  It should … we have our own congressman here in the Palmetto State who has undergone a similarly disappointing evolution.

Anyway, ordinarily we wouldn’t care about Kasich’s plans headed into the 2020 presidential election … and to be honest, we still don’t really care.  There’s no way in hell we would ever support his ambitions.  For any office.

But with U.S. president Donald Trump selling out (bigly) to the Washington swamp – you know, the swamp he promised he was going to drain – we find ourselves far more interested in the upcoming presidential race than we were prior to Trump’s latest (and greatest) cave.

Bottom line?  If Trump is not going to be the change agent he said he was going to be when we endorsed him (twice) in 2016 – then we’re going to have to find someone else to support in 2020.

Again, that’s clearly not going to be Kasich … but the upcoming presidential race is officially wide open in our book.  In fact, we hope Trump not only draws multiple challengers representing a diverse array of “Republican” factions in 2020 – we hope he draws a credible third party challenger, too.

Because that’s what he deserves …