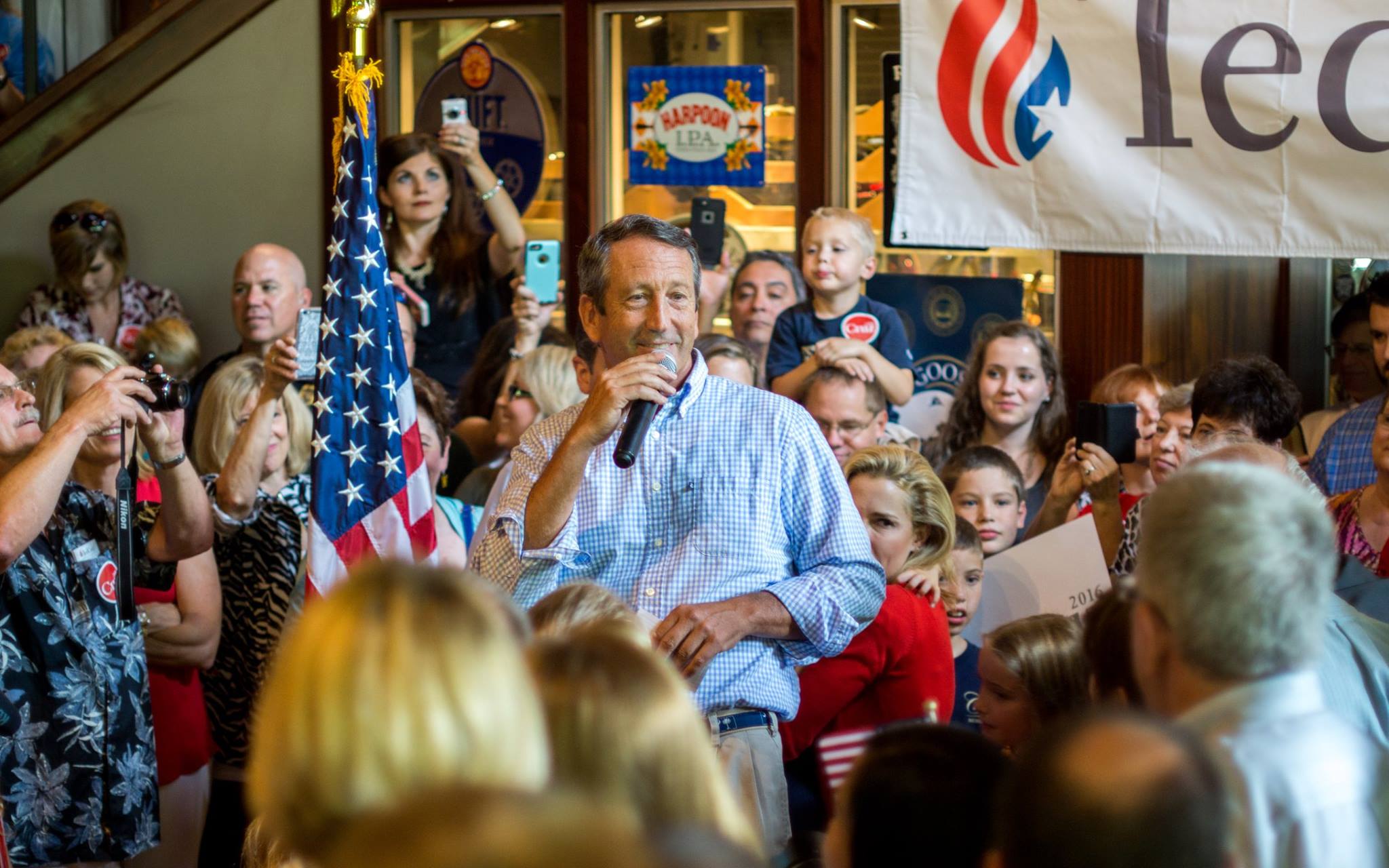 Earlier this week U.S. congressman Mark Sanford took credit for road funding that he voted against.  Now he’s bashing a politician for an alleged extramarital dalliances … despite the fact his 2009 affair remains one of the most widely known political sex scandals of all time.

Seriously … where is a lightning storm when we need one?

Sanford, 57, has become one of the most reflexive #NeverTrumpers in Washington, D.C.  Last spring, for example, he blamed U.S. president Donald Trump after his colleague, Steve Scalise, was shot and nearly killed by a liberal activist.

Daniels is one of several women romantically linked to Trump. She is also currently suing him an effort to get out from under a nondisclosure agreement she signed with Trump’s personal lawyer days before the 2016 presidential election.

“I think we all ought to call it for what it is which is it’s deeply troubling,” Sanford told reporter Erica Werner of The Washington Post.  “What we can’t do in the body politic is whitewash the past or be purely tribal in our thinking, wherein, let’s reverse the shoes if it was a Democratic president and hush money had been paid in the campaign, there would be a series of hearings going on.”

“So what you can’t do is be completely silent on something that is troubling,” Sanford said, referring to Trump’s behavior as “part of a larger pattern.”

That’s rich coming from a guy who was busted over the Christmas holidays cheating on his new girlfriend with his old one.

Of interest?  This isn’t the first time Sanford has practiced this particular brand of hypocrisy.  Six months ago he parted ways with his longtime political consultant, Jason Miller, after the latter’s “Trump campaign love child” drama.

In fact, Arrington has adeptly positioned herself as precisely the sort of citizen lawmaker Sanford was years ago … before he sold out.

Sanford used to be the genuine article when it came to protecting taxpayers, but those days are long gone.  In fact this news site has written numerous articles over the years chronicling his unfortunate evolution into a shill for the #NeverTrump “Republican” establishment.

Seriously … this guy voted for uber-liberal former U.S. speaker of the House John Boehner.  And then told us Jesus made him do it.

And he calls himself a “conservative?”

As we noted earlier this week, “it’s time for voters to retire Sanford to his family plantation.  For good.”