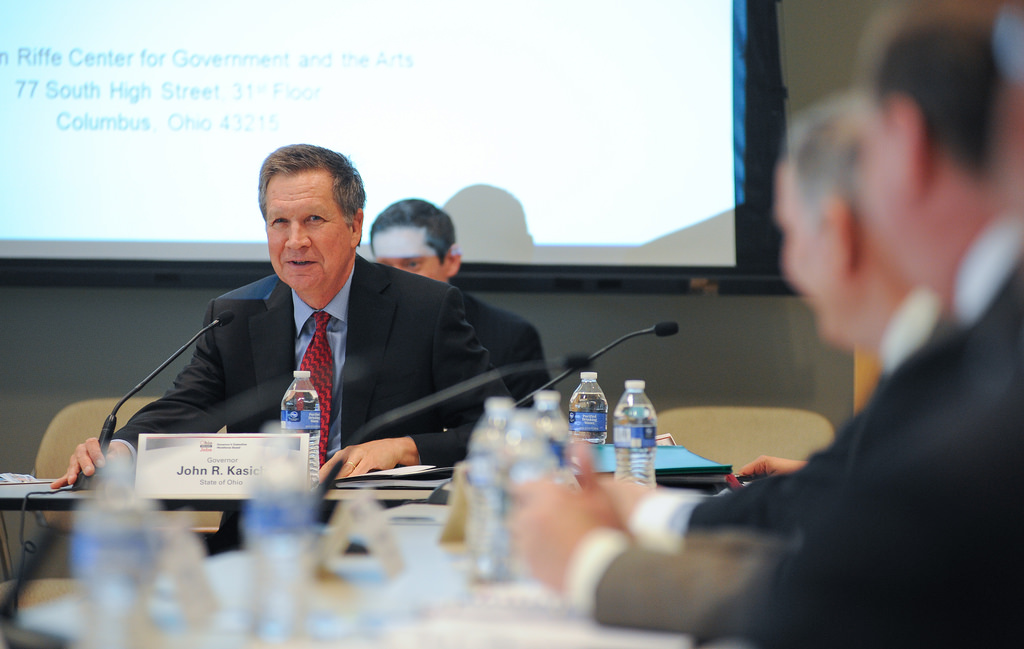 … BUT OHIO GOVERNOR’S BEST DAYS ARE BEHIND HIM

|| By FITSNEWS || Ohio governor John Kasich has launched a new political organization “to start talking about how we can come together as Americans to make this great idea called America work better for us all.”

Well … to be more precise … the organization, dubbed New Day for America, will busy itself promoting Kasich while he mulls what would undoubtedly be a Quixotic bid for the presidency of the United States.

Apparently Kasich is waiting for God to tell him what to do.

“My family is a consideration,” Kasich said on NBC’s ‘Meet the Press’ this weekend. “Number two, the most important thing is, what does the Lord want me to do with my life?”

Anyway … this website has made clear Kasich’s best days are behind him.  In the late 1980s and early 1990s, he was a real pro-freedom, pro-free market champion … but in recent years he’s become just another status quo Republican hack.  Sort of like his onetime ideological ally, Mark Sanford – who is also keen on discussing his consultations with the Almighty.

Also in the unlikely event he ever does start gaining traction here in early-voting South Carolina, he’ll have some tough questions to answer to …

USS Teddy Roosevelt: War Or Not?

Hey Kasich: If you’re Christian, the Lord wants you to love one another as he has loved you. And say the Lord’s Prayer, as he taught. That’s pretty much it.

Kasich is a mystery to me. Nothing he does makes sense. Probably senile.

God wants a lot of candidates to run. He doesn’t want the winner to think he/she was coronated. Good play, God

Now if God could tell Tango to put up a blog. Oh, wait…

I don’t give a shit whether you run or not, but quit using my name in vain or I will smite you.