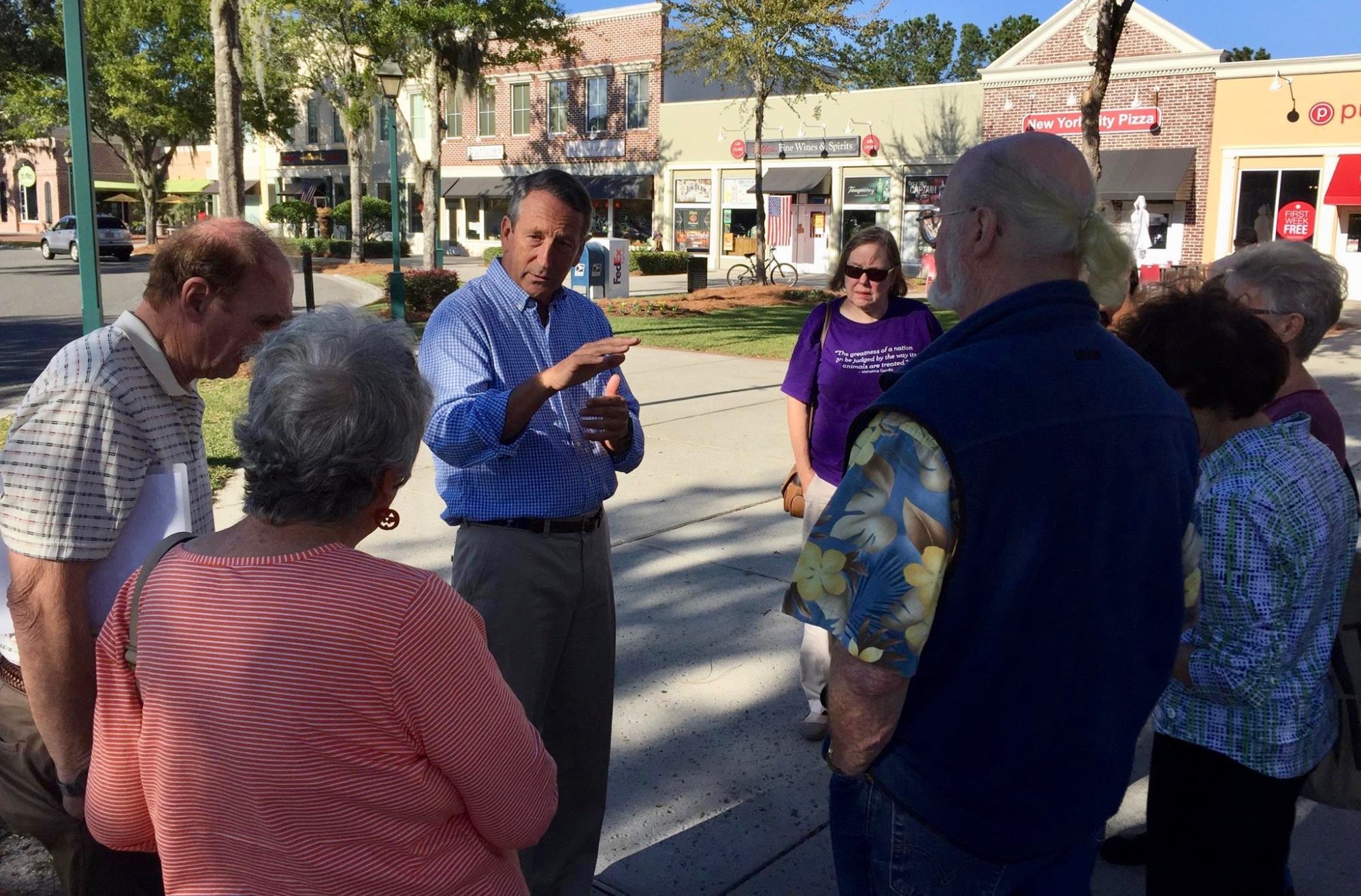 The latest evidence of the looming “blue wave?”   A “Republican” seat in bright red South Carolina is no longer a sure thing …

According to the latest editions of The Cook Political Report, the Palmetto State’s first congressional district seat (map) has been moved from a “solid GOP” seat to a “likely GOP” seat.  “Republicans” are still expected to hold it at this point, but it’s certainly trending in the wrong direction for the GOP.

The #NeverTrump “Republican” – arguably the most hypocritical elected official in South Carolina history – was badly exposed in his 2016 race against underfunded, left-leaning GOP candidate Jenny Horne.

This time Sanford has drawn a credible GOP challenger – freshman state lawmaker Katie Arrington.  In fact Arrington – who is running an adept race against the beleaguered incumbent – staffed up last month as her campaign heads for the homestretch.

She’s got plenty of ammo to use against the “Luv Gov,” too … although a bizarre development took place on the last day of filing for this seat when an avowed socialist and supporter of U.S. Senator Bernie Sanders threw his hat into the “Republican” race.

Dmitri Cherny, who ran against Sanford as a Democrat in 2016, has filed as a “Republican” this go-round.  He says his goal is to exploit South Carolina’s open primary process (which doesn’t require voters to register by party affiliation).

Our view?  Cherny isn’t flipping primaries on a whim …

Democrats are clearly desperate for Sanford to emerge victorious in this primary race.  They know their only chance of “flipping the first” involves him becoming the GOP nominee.

They’ve put forward a credible, well-funded candidate for this seat in the form of environmental attorney Joe Cunningham – who is also adeptly targeting Sanford’s myriad vulnerabilities.  But if Arrington defeats Sanford, then the GOP will likely hold the seat.

And Cunningham will have to go back to the drawing board …

In fact, our bet is an Arrington victory in the June 12 primary would move this district back to “solid GOP” status – and dry up the Democratic fundraising machine.

As for Sanford?  He could find himself as a politician without a constituency during the GOP primary.  On the one hand, he’s blaming Trump for everything under the sun in anticipation of a general election battle against Cunningham.  On the other hand, he’s desperate to convince his core supporters that he’s still the same limited government backer they elected decades ago …

Of course this is the guy who voted for uber-liberal former U.S. speaker of the House John Boehner in 2015.  And then told us Jesus made him do it.

“Limited government?”  We think not …