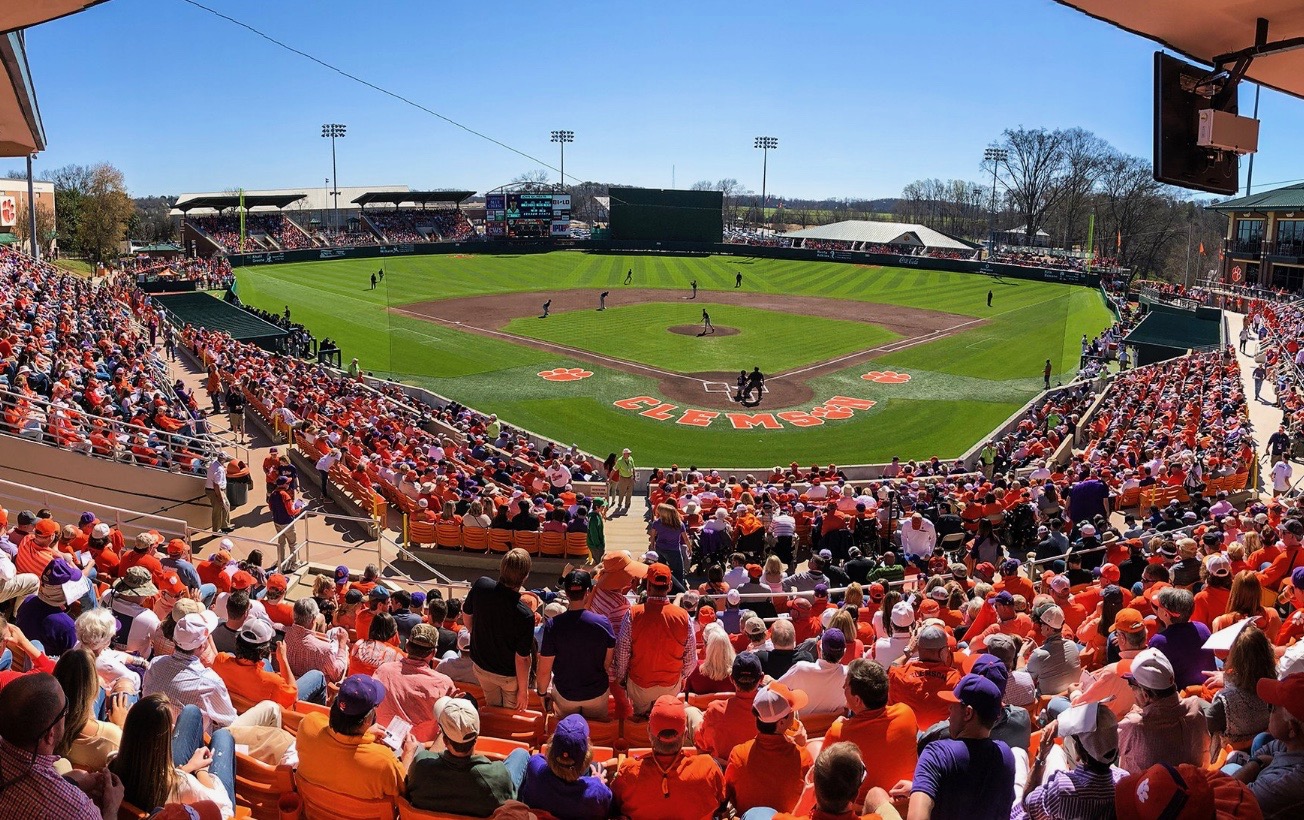 Clemson University’s baseball team surrendered a six-run lead to its arch-rival South Carolina on Sunday afternoon … but the No. 14 Tigers had just enough in the tank to thwart a comeback from the Gamecocks and take their fourth straight “Reedy River Rivalry” series.

Senior outfielder Drew Wharton laced a one-out triple in the bottom of the ninth inning to score Robert Jolly – giving Clemson a walk-off 8-7 victory before 6,312 fans at Doug Kinsmore Stadium in Clemson, S.C.

Head coach Monte Lee‘s team is now 10-1 on the season – its only blemish being a 3-2 loss to the Gamecocks in the series opener on Friday.

Junior outfielder TJ Hopkins – the hero of Friday’s game – drilled a three-run homer in the top of the fifth inning to cut Clemson’s six-run lead in half.  The Gamecocks (7-5) then battled back to tie the game at seven runs apiece in the ninth inning – taking advantage of a costly Tiger error with no outs in the top of the frame that allowed them to plate a pair of unearned runs.

In addition to its four-year streak in baseball, Clemson has beaten South Carolina twice in a row in men’s basketball and four years running in football.

The Gamecocks’ once-proud baseball team is looking to get things back on track under first-year head coach Mark Kingston, who was hired seven months ago to turn around a program that fell apart under former head coach Chad Holbrook  (who has since been given a fresh start at the College of Charleston).

The Gamecocks began last year ranked as high as No. 4 in the nation but they fell apart down the stretch – dropping eight consecutive SEC series to close out the year and missing the NCAA tournament for the second time in three seasons.  Prior to 2015, South Carolina hadn’t missed the NCAA tournament since 1999 – a sixteen-year run that included four trips to the College World Series (CWS)  finals and back-to-back national championships in 2010 and 2011.

Clemson hasn’t been to the CWS since 2010, when it was bounced by the Gamecocks en route to their first of two national titles.

Got something you’d like to say in response to one of our stories? Please feel free to submit your own guest column or letter to the editor via-email HERE. Got a tip for us? CLICK HERE. Got a technical question or a glitch to report? CLICK HERE. Want to support what we’re doing? SUBSCRIBE HERE.
Banner: Clemson Baseball