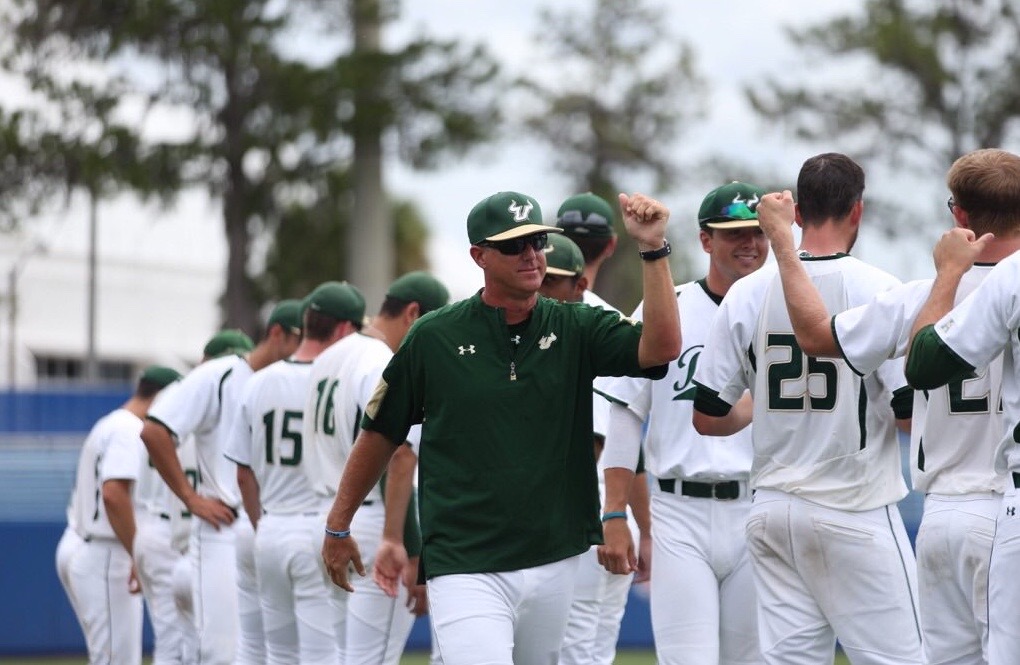 As we reported a few weeks ago, there were any number of high-profile options available to University of South Carolina athletics director Ray Tanner in his search for the school’s next head baseball coach.

He wound up choosing none of them …

Instead, Tanner has tapped Mark Kingston of the University of South Florida (USF) as his second choice to lead this once-proud program … which won national championships in 2010 and 2011 under Tanner’s guidance.

Kingston, who will wear the No. 17 jersey, has quite a task ahead of him.  The Gamecock program effectively collapsed under Tanner’s first choice for this job – former Gamecock assistant Chad Holbrook.  During Holbrook’s five years in Columbia, his teams missed the NCAA tournament twice – including this year.

That’s especially disappointing considering the Gamecocks began the 2017 season ranked as high as No. 4 in the nation.

Prior to 2015, South Carolina hadn’t missed the NCAA tournament since 1999 – a sixteen-year run that included four trips to the College World Series final (2002, 2010, 2011 and 2012) and the aforementioned national championships.

Can Kingston lead the program back to the promised land?

It would certainly seem as though he has all of the necessary ingredients to do so: Solid returning talent, a pipeline of blue chip recruits, top tier facilities, abundant program resources and devout fan support.

“Throughout this vetting process with numerous candidates, it has become very apparent to me that he is extremely poised in the ability to communicate, relate and motivate student-athletes of today,” Tanner told USC trustees in announcing his decision to hire Kingston. “He’s an outstanding coach. His recruiting prowess has been demonstrated throughout his career, and certainly with a top five recruiting class at his previous institution.” 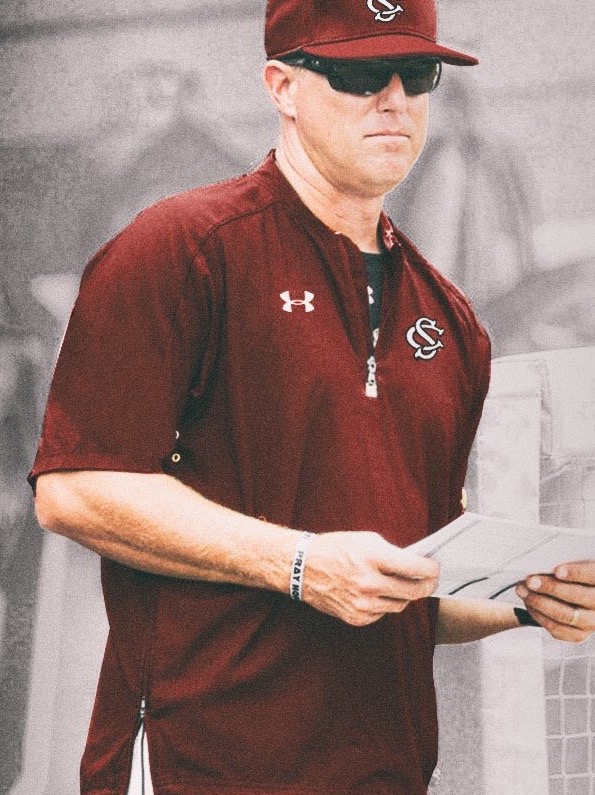 Kingston played his college ball at the University of North Carolina (he was actually a teammate of Holbrook’s while at Chapel Hill) and was drafted by the Milwaukee Brewers in 1992.  He spent six seasons in the minor leagues, compiling a .249 batting average with 28 home runs and 179 runs batted in (RBI).

Kingston, 47, guided South Florida to a 42-19 mark and an NCAA regional appearance this season.  He posted a 100-78-1 record during three seasons with the Bulls, and prior to that he posted a 170–101 record in five seasons at Illinois State University (ISU).  Twice during his tenure at ISU Kingston was named the Missouri Valley Conference coach of the year.  In eight years as a head coach, the Buffalo native has guided three teams to the NCAA tournament – although none of his squads have ever advanced beyond the regional round.

If he wants to stick around at South Carolina, he’ll have to take that next step … and quickly.

Signed to a six-year agreement, Kingston will be paid $600,000 per season – $475,000 in base salary and $125,000 in other compensation.  Incentives are included in his contract for divisional, conference or NCAA championships – and for a College World Series berth – potentially adding another $140,000 annually to his deal.

That’s a huge upgrade from the $140,000 annual salary Kingston was drawing at South Florida – which will receive $150,000 from South Carolina to cover the buyout clause in Kingston’s contract.

Here are the full details of the contract …

Tanner’s choice of Kingston is certainly interesting considering some of the big names the Gamecocks had on their search board – and considering Tanner’s prior statements that he was willing to pay more than $1 million a year to bring a big-name coach to Columbia, S.C.

Did he deserve the raise/ extension?  We don’t think so.

Tanner was rewarded owing to the success of South Carolina’s men’s and women’s basketball programs – which reached new heights during the 2016-2017 season (see here and here).  However neither men’s hoops coach Frank Martin nor women’s hoops coach Dawn Staley were hired by Tanner.  Credit for bringing both of them to Columbia goes to his predecessor, Eric Hyman.

Tanner is now on his second baseball coach, and the jury is still out on his most important hire – head football coach Will Muschamp, who is about to begin his second season at the helm of the once-proud Gamecock football program.