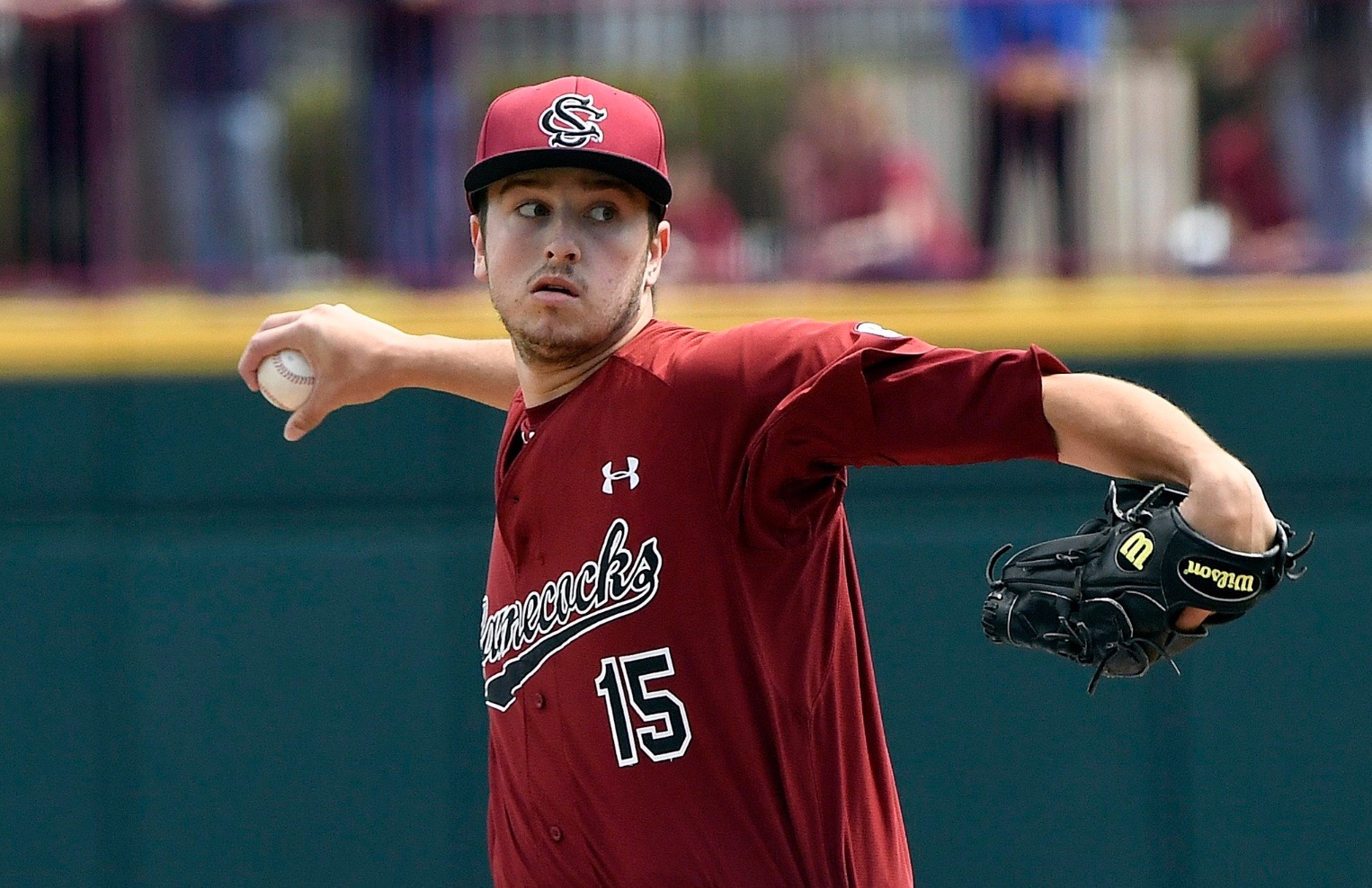 The Gamecocks (0-0) will send junior Adam Hill of Anderson, S.C. to the mound on Friday in the series opener against Virginia Military Institute (VMI).  First pitch is scheduled for 4:00 p.m. EST at Founders Park in downtown Columbia, S.C.

Hill struck out 87 batters in 77 innings of work a year ago, limiting opposing batters to a .205 average in fourteen starts.

The teams will meet again on Saturday (February 17) at 12:00 p.m. EST and again on Sunday (February 18) at 1:00 p.m. EST.  Sophomore Cody Morris of Laurel, Maryland will get the start in the first weekend game, while junior Ridge Chapman of Taylors, S.C. – who transferred to South Carolina from Spartanburg Methodist College – will get the ball on Sunday.

South Carolina opens its 2018 season with a ten-game homestand.  In fact eighteen of the team’s first 21 games will be played at home.

The Gamecocks are 9-5 all-time against VMI, including a three-game sweep to start the 2012 season.  The Keydets are led by fourth-year head coach Jonathan Hadra.

Kingston was hired seven months ago to turn around a program that fell apart under former head coach Chad Holbrook  – who is being given a fresh start at the College of Charleston.

Under Holbrook, the Gamecocks began the 2017 season ranked as high as No. 4 in the nation but they fell apart down the stretch – dropping eight consecutive SEC series to close out the year and missing the NCAA tournament for the second time in three years.

Got something you’d like to say in response to one of our stories? Please feel free to submit your own guest column or letter to the editor via-email HERE. Got a tip for us? CLICK HERE. Got a technical question or a glitch to report? CLICK HERE. Want to support what we’re doing? SUBSCRIBE HERE.
Banner: @GamecockBasebll