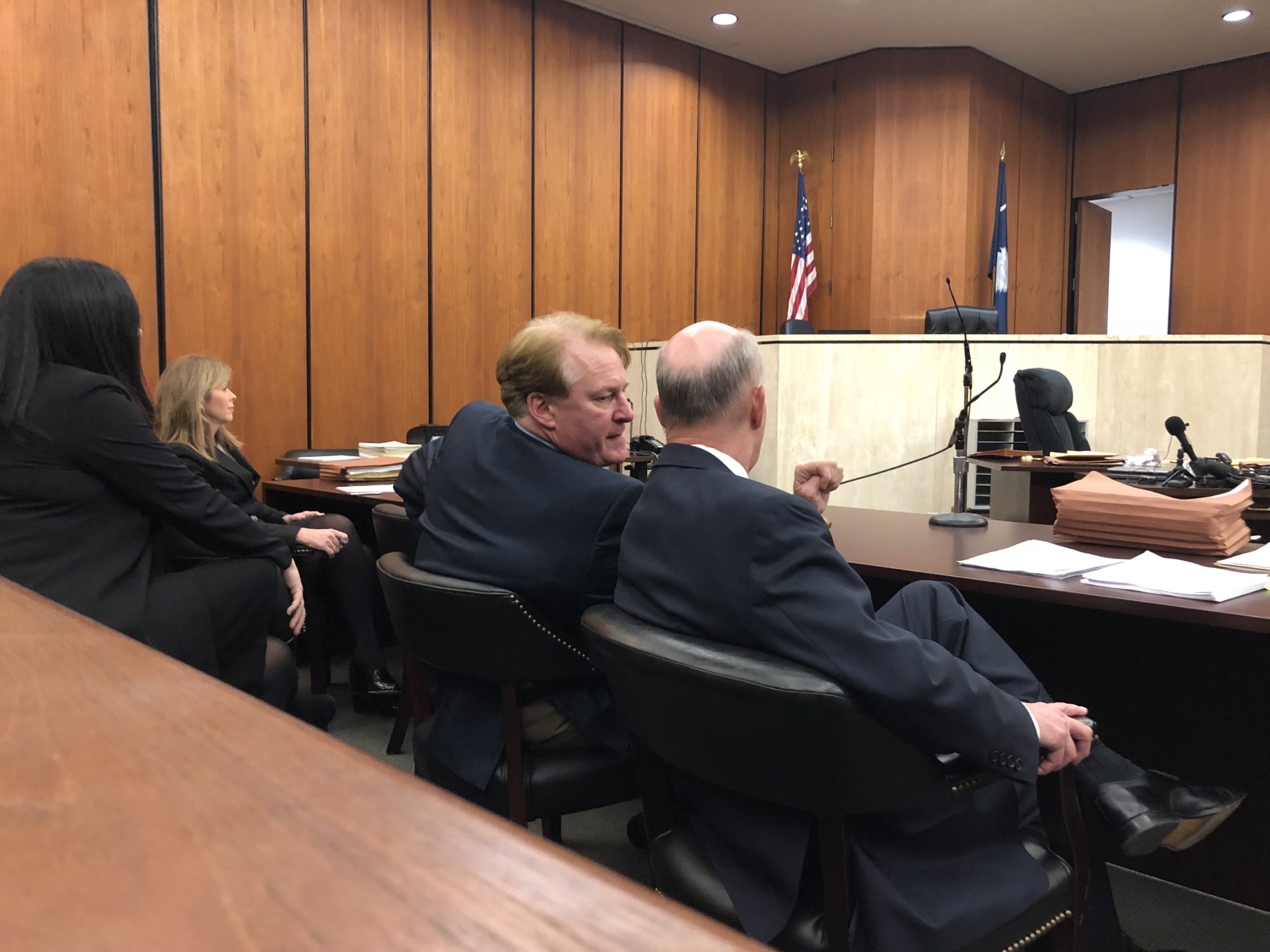 Former state representative Rick Quinn pleaded guilty in open court on Wednesday to one misdemeanor count of statutory misconduct in office – knowing full well that prosecutors planned to seek prison time against him.

In fact, Quinn could wind up behind bars for up to a year for his role in what prosecutors have alleged was an elaborate illegal lobbying scheme – one that profited his family to the tune of more than $4 million over the past six years.

“There is not a legislator who could consciously duplicate this corruption,” S.C. first circuit solicitor David Pascoe told the court, describing Quinn as the “most corrupt lawmaker” in Columbia.

“I ask that he serve every day of that (sentence),” Pascoe told S.C. circuit court judge Carmen Mullen, saying that the court needed to “send a message” to other corrupt lawmakers.

Mullen deferred sentencing, saying she would rule soon on whether Quinn would face jail time.

“I don’t want to prolong this for anyone,” Mullen said.

That’s a major development in this case, as the elder Quinn’s testimony could prove damning to a host of prospective #ProbeGate targets.

In fact, Pascoe made it abundantly clear he would charge Quinn with perjury and obstruction of justice in the event he did not cooperate fully with the ongoing investigation.

Mullen questioned Pascoe as to why he was letting the Quinns’ off so easy by dismissing charges that could have landed them in jail for several years.  He responded that the elder Quinn’s testimony would provide a wealth of useful information to investigators moving forward.

“We know it will,” Pascoe told the judge.

While the charges against Richard Quinn were dropped, his corporation – First Impressions – pleaded guilty to one misdemeanor count of failing to register as a lobbying entity.

Corporations are people, too, huh?

Richard Quinn’s attorney, Deborah Barbier, made clear that her client (below) was admitting to “no individual wrongdoing.”

The younger Quinn’s surprise plea came just hours after he submitted a letter of resignation to S.C. Speaker of the House Jay Lucas.  The 52-year-old lawmaker served for nearly a quarter of a century in the state legislature – representing S.C. House District 71 (map) from 1989-2004 and representing S.C. House District 69 (map) from 2011 until his resignation on Wednesday afternoon.

News of Quinn’s negotiations with prosecutors was exclusively unearthed by this news site earlier this week.

Quinn is the third sitting state lawmaker to be taken down by #ProbeGate – an ongoing, multi-jurisdictional investigation into corruption in state government that was exclusively unearthed by this news site more than three years ago.

Former S.C. Speaker of the House Bobby Harrell and Jimmy Merrill – who served as majority leader after Quinn – previously resigned their posts after pleading guilty to various charges.

Harrell pleaded guilty to six ethics violations in October of 2014 while Merrill pleaded guilty to one count of misconduct in office.  Both were given one year of probation and both agreed to cooperate with investigators moving forward.  In fact, Pascoe (below) told the court that Merrill’s testimony was being used in connection with several active cases being made against other targets of the investigation.

#ProbeGate initially began as a referral against Harrell by allies of “The Quinndom.”  Somewhere along the way, though, the hunters became the hunted.

Our guess is several of those elected officials are shaking in their boots at the knowledge that Richard Quinn – their longtime Svengali – has turned state’s evidence.

“The Quinndom” also represents – or has represented – a host of the Palmetto State’s most well-established corporate and government interests, a network of  entities which have allegedly benefited from illegal pay-to-play activities.

The Quinns and their network of influence have become a clear focus of the ongoing, multi-jurisdictional investigation into governmental corruption in the Palmetto State.  This included a March 2017 raid on one of their corporate headquarters (and the stepped up involvement of federal authorities in its aftermath).

Where does the investigation go from here?  As far as the state portion of the probe goes, Pascoe clearly has additional high-value targets in his sights – and is planning to use the elder Quinn’s testimony against them.

There are also federal cases reportedly in the works … as well as looming ethics investigations.