Suspended state representative Rick Quinn – who is already facing a pair of misconduct in office allegations – was slapped by the statewide grand jury with a criminal conspiracy indictment.  So was his father, veteran “Republican” consultant Richard Quinn.  Additionally, the elder Quinn was charged with one count of failing to register as a lobbyist.

Also indicted?  Former state representative Jim Harrison, the code commissioner and director of the S.C. Legislative Council (the agency responsible for drafting and codifying the mountain of legislation that passes through the S.C. General Assembly each year).

Harrison was summoned to testify before the statewide grand jury back in March.  Prior to being hired as code commissioner, he represented S.C. House District 75 (map) from 1989-2012.

Sources close to Edge and Harrison told us they were shocked to have been charged in connection with the investigation – and believe they are being targeted by Pascoe in an effort to get them to turn on the Quinns.

“It’s all about getting Rick and Richard,” one source close to the two lawmakers told us.  “That’s what it’s been about for over a year.”

Here is the release on the indictments from Pascoe’s office …

As for the misconduct charges, statutory misconduct in office carries a possible prison sentence of one year and a fine not to exceed $1,000.  Common law misconduct, the most serious of the charges filed against defendants in connection with this investigation, carries a penalty of up to ten years in prison and fines up to the discretion of the court.

“At this point in the process, the indictments are mere accusations,” Pascoe said in his statement. “The defendants are presumed innocent until proven guilty.  I also need to point out that this is still an ongoing investigation.  Therefore, I will have no further comment regarding this matter.”

The indictments represent the first real news to break related to this ongoing investigation since September 1.  That’s when former S.C. majority leader Jimmy Merrill pleaded guilty to one count of misconduct in office in connection with the probe.

Shortly thereafter, it was revealed that Merrill had been cooperating with investigators for several months.

Twenty-nine additional charges originally filed against Merrill were placed on hold – pending his cooperation as a witness for the state.  Should Merrill fail to cooperate with state or federal authorities during the course of the investigation, Pascoe reserves the right to prosecute Merrill on all of the charges – which could carry more than six decades of jail time.

Exclusively uncovered by this website back in 2014, #ProbeGate has been nothing short of a wrecking ball – taking out Merrill as well as former S.C. Speaker of the House Bobby Harrell, who resigned his office three years ago after pleading guilty to six ethics charges.

Like Merrill, Harrell also agreed to cooperate with investigators.

Over the past year, the corporate and political interests of the Quinns – a.k.a. the “Quinndom” – have become a clear focus of the ongoing probe.  This includes a March 2017 raid on one of their corporate headquarters (and the stepped up involvement of federal authorities in its aftermath). 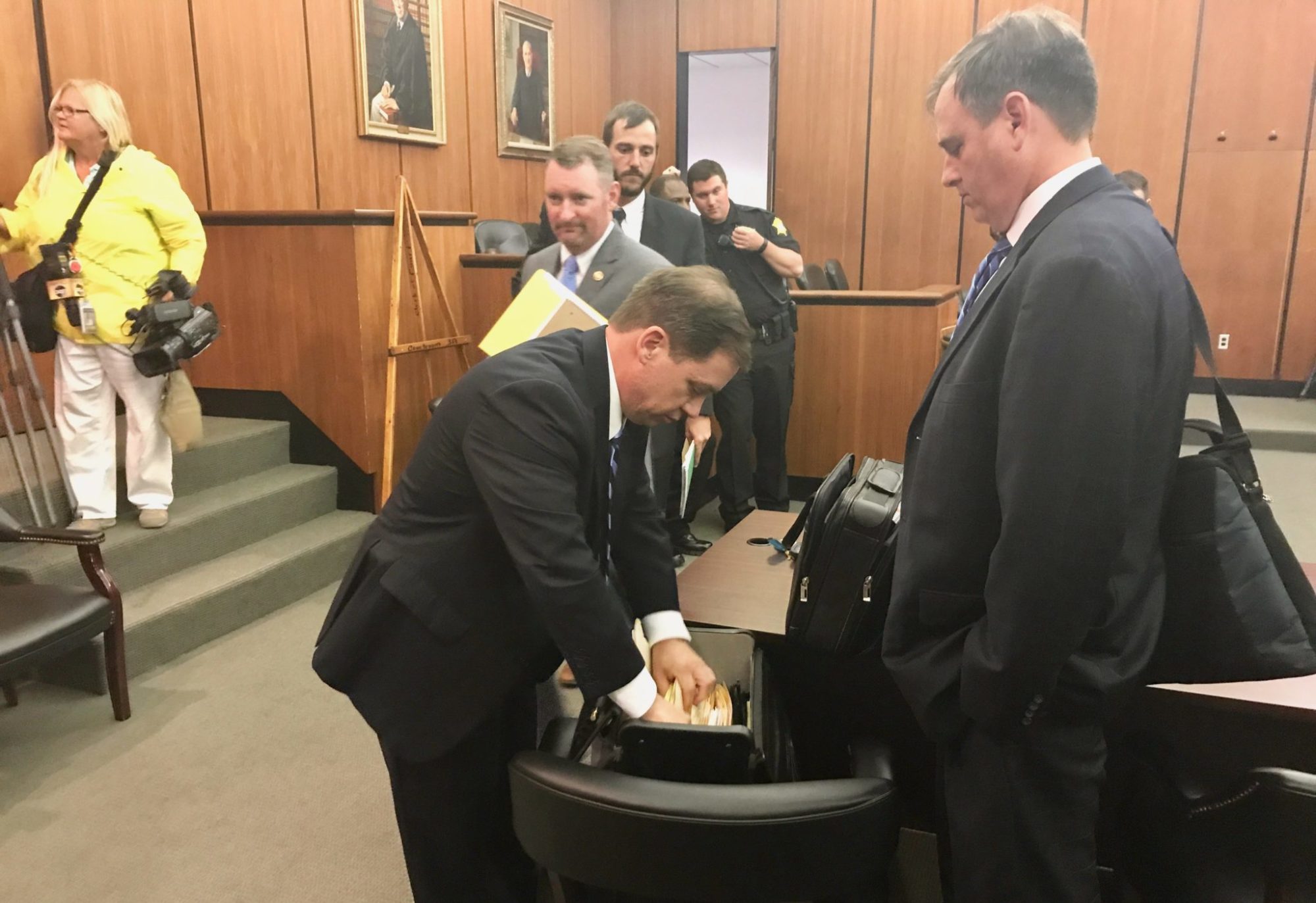 The latest indictments come nearly four months after Pascoe (above) survived a second high-profile attempt to oust him from this case.  Attorneys for the Quinns tried to argue that the Democratic prosecutor had improperly obtained evidence and was acting out of political bias – but S.C. circuit court judge Knox McMahon ruled against them on every count.

Last summer, Pascoe survived an ever higher-profile attempt by S.C. attorney general Alan Wilson – an ally of the Quinns – to remove him from the case.

Where does the investigation go from here?  Good question …

When this probe began, Richard Quinn’s political empire included some of the Palmetto State’s most influential politicians, corporations and government agencies – a network of unrivaled influence.

Will any of them go down with him?  And now that the elder Quinn has been formally charged, what tales does he tell in an effort to save his own skin?