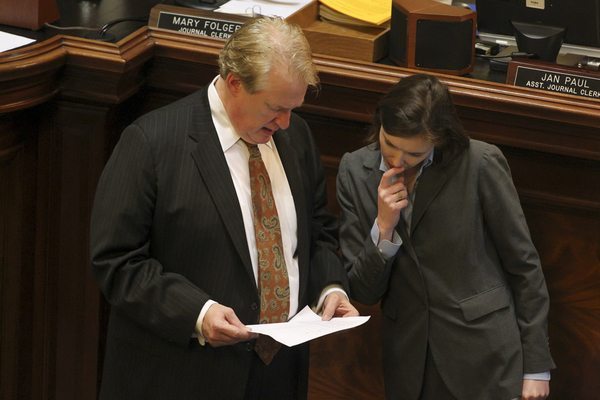 Earlier today this news site ran an update on the status of #ProbeGate – an ongoing investigation into corruption in state government.  Our report highlighted the fact that after several bombshell developments last month, the investigation had gone radio silent in the new year.

First, a quick recap: During a court appearance in downtown Columbia, S.C. last month, former South Carolina state representative Rick Quinn pleaded guilty in open court to one count of misconduct in office related to his role in this scandal.

The day before entering his plea, the 52-year-old consultant resigned his seat in the S.C. House of Representatives.

Quinn, a former House majority leader, has steadfastly proclaimed his innocence.  According to him, he pleaded guilty to the charge in order to spare his father – veteran “Republican” political strategist Richard Quinn.

The elder Quinn is accused of operating a vast pay-to-play political empire that subsidized politicians with under the table payments so they would do the bidding of his well-established corporate and governmental interests.

S.C. first circuit solicitor David Pascoe made the deal – dropping a criminal conspiracy charge against the father in exchange for a guilty plea that could land the son in jail for up to a year.

Pascoe has also pushed for S.C. circuit court judge Carmen Mullen to lock Quinn up for the duration of that sentence.

Nearly six weeks later, though, Mullen has yet to sentence Quinn.

According to multiple sources familiar with the situation, there is some sort of “problem” with the guilty plea Quinn entered in court on December 13 – a plea that was accepted by Mullen and which was to serve as the basis for her issuing a sentence.

Specifically, we’re told there are specific “legal questions regarding the plea.”

It’s not immediately clear what the issue is, or whether the “legal questions” referenced by our sources are being raised by the judge, by Quinn’s attorneys or by Pascoe and his prosecutors.

Obviously, we don’t have to remind our readers of the significance of this development.

The plea deal reached last month – a high-stakes gamble on the part of the special prosecutor – is supposed to pave the way for explosive testimony from the elder Quinn before a statewide grand jury.

If Quinn’s plea deal has somehow been compromised, all bets could be off …

Stay tuned … this could be another explosive development in a four-year-old investigation that has already seen numerous unexpected twists and turns.