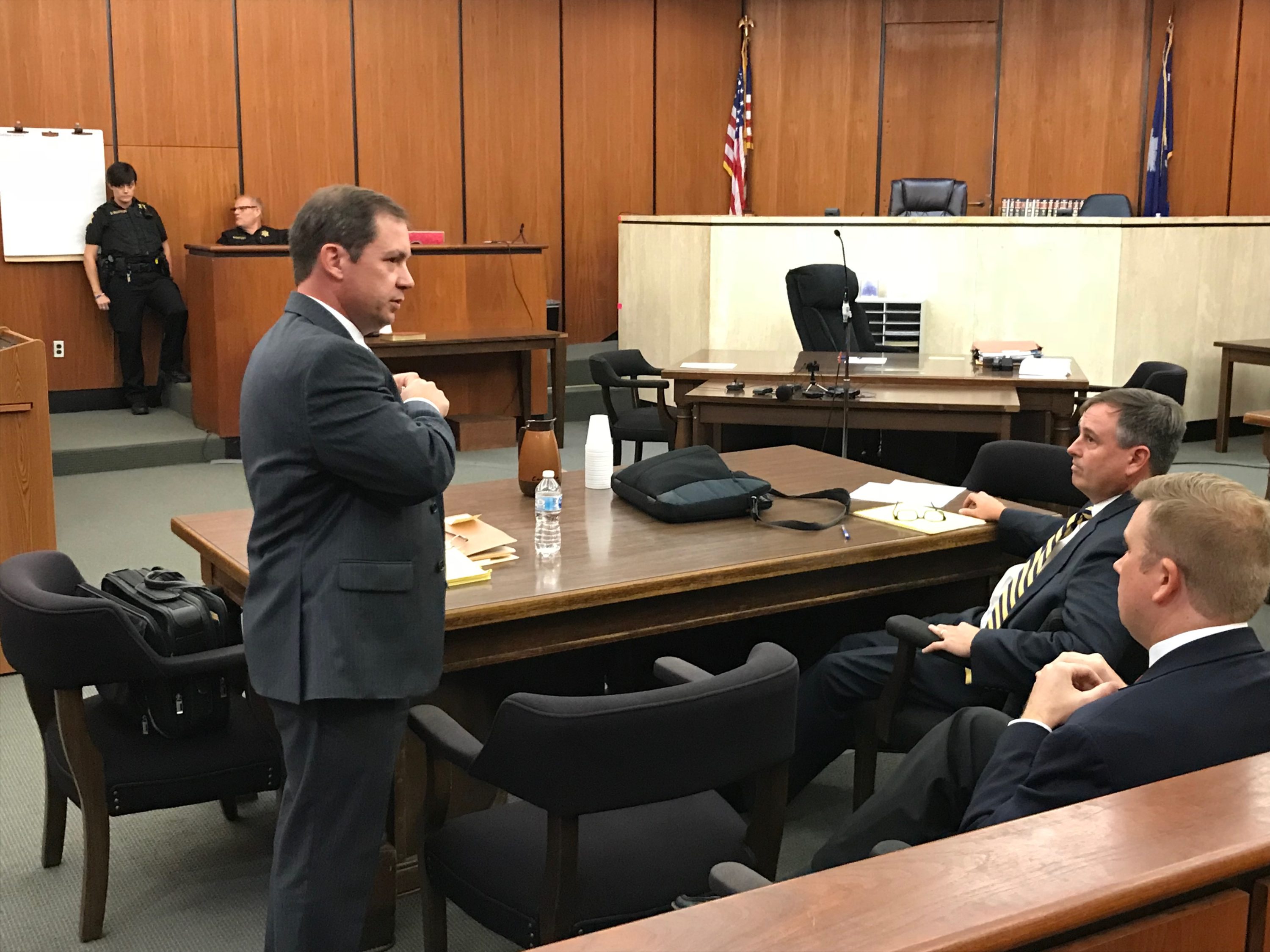 Pascoe had argued that the 52-year-old powerbroker should serve a full year behind bars for his role in #ProbeGate – an ongoing investigation into corruption in state government.  According to the prosecutor, Quinn was “the most corrupt lawmaker” in Columbia, S.C. – a key cog in an elaborate pay-to-play network.

“I ask that he serve every day of that (sentence),” Pascoe urged Mullen, saying that the court needed to “send a message” to other corrupt lawmakers.

Mullen sent a message, alright … in the opposite direction.

Quinn received two years of probation, a $1,000 fine and 500 hours of community service.

In a thirteen-page motion submitted to the statewide grand jury, Pascoe urged Mullen to “revisit (her) sentencing decision and take into consideration facts offered by the state during the plea hearing on December 13, 2017.”

That’s the hearing at which Quinn pleaded guilty to misconduct in office as part of a deal to have charges dropped against his father, powerful “Republican” political strategist Richard Quinn.

According to the prosecutor, Mullen should revisit her sentencing ruling because she “refused to permit the state to be heard or lodge objections on the basis of potential flaws with the guilty plea.”

These potential flaws were exclusively reported by this news site last month.

In the most damning excerpt from the document, Pascoe quoted Mullen as instructing him prior to the December hearing to “go light on the facts so the plea won’t blow up.”

The “go light on the facts” reference is a direct quote attributed to Mullen, who later blasted the solicitor for the exceedingly lenient sentence she imposed upon Quinn.

“Incredibly, the court cast blame on the state for the defendant’s light sentence,” Pascoe noted in his motion.

Pascoe’s motion also references Mullen’s solicitation of ex parte communication with both parties prior to the plea.

Ex parte communication occurs when parties to a legal action communicate with a judge without the knowledge of the other parties in the case.  In a matter like this, such communication is viewed as highly irregular.

Pascoe’s filing also objected to Mullen’s decision requiring him to try Quinn and his father separately.

“The court was well aware that even a joint trial would last at least several weeks, and therefore, separate trials would last months and (place) a considerable burden on the state,” Pascoe wrote.  “Unfortunately, the court granted severance to the defendants without affording the state the opportunity to oppose the ruling at a severance hearing.”

What happens with Pascoe’s ruling?

Initially it will be heard by Mullen, who based on her prior ruling – and the allegations contained in Pascoe’s pleading – will in all likelihood reject it.

At that point Pascoe will have to decide whether to escalate the matter further, perhaps including a motion to have Mullen removed from the case.

Mullen’s verdict in the Quinn case has generated considerably controversy.

“Probation? A $2,500 fine? After the State Grand Jury last fall indicted the Quinns on charges of illegal influence-peddling in the General Assembly, alleging they made millions by bribing legislators to do the bidding of South Carolina’s business elite?” wrote news columnist John Monk of The (Columbia, S.C.) State newspaper earlier this week.